Compile Heart and Idea Factory’s Switch port of Megadimension Neptunia VII will be coming West this summer via the Nintendo eShop. The title was launched in Japan for the Nintendo Switch on March 19. It originally launched for PlayStation 4 in 2015 (Japan) and 2016 (West), with a PC release also in 2016. 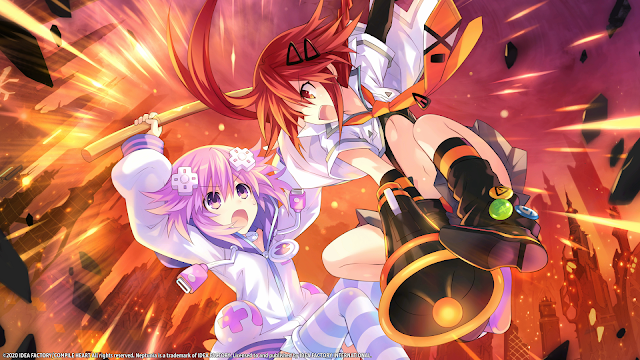 It’s CPU Shift Period in Gamindustry, a period of social unrest. Nasty rumours about the Goddesses have begun to spread through the land, making Neptune and the others worried that they’ll be replaced and their rule will end. It’s at this rather delicate time that Neptune and Nepgear disappear to a divergent world called the Zero Dimension. They’ll join forces with this world’s last Goddess in attempt to save her world as well as their own.

Previous DLC will not be included. However, all downloadable content made for the other versions will be able to purchase as add-ons, minus Million Arthur who is no longer available anywhere.

I know, this isn’t the type of game that normally gets coverage here on DDnet. But darned if I’m not one of those annoying people who has been begging for a new Skate title for… jeez, it’s been almost a decade since Skate 3 launched. Skater XL shows promise, although I remain hesitant. It’s available for PC via Steam Early Access now; the full PC version will launch alongside versions for the Playstation 4, Nintendo Switch, and Xbox One, in July.

The game is described as a head-first dive into the skateboarding world. In addition to creating, combining, and styling tricks, the players will also be introduced to digital skate culture; this includes community-created mods, brands, ‘zines, and maps. Of course, celebrity skateboarders have to be on board (get it?), so several will be features. Players can play as Tom Asia, Tiago Lemos, Evan Smith, and Brandon Westgate. They can also choose to create their own custom skater.

Skate XL is set in various iconic California locations.It will feature a map of Downtown LA, complete with the LA Convention Center, the Staples Centre. It seems like this was an easy decision, as Director and Co-Founder of Easy Day Studios Dain Hedgpeth states, “Downtown LA is iconic to skating and we wanted to showcase it first as we gear up for launch. We spent considerable time capturing critical details to recreate its many legendary spots.”

Sony delays two titles due to the global crisis

Sony Interactive Entertainment has pulled The Last Of Us Part II and Marvel’s Iron Man VR from each game’s planned release date, May 29 and May 15, respectively. Both titles have been pushed back indefinitely, with no replacement launch dates announced. 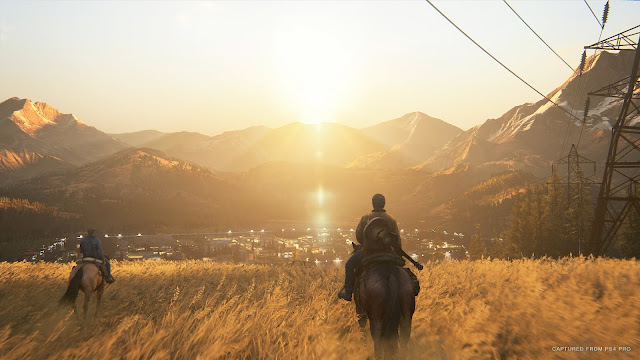 At this point in time, no further delays have been announced; however, I wouldn’t be surprised if other blockbuster titles set for this year are delayed, such as Marvel’s Avengers. The reason for the delayed launches, according to PlayStation’s Twitter feed, is that, “the global crisis is preventing us from providing the launch experience our players deserve.”

Naughty Dog also spoke about the delays via its Twitter account, stating, “this news is just as disappointing to you as it is to us.” The developer is nearly done working on the title’s launch version, and is in the midst of fixing final bugs. The reason stated for delay is logistic beyond the team’s control, which I mostly take to mean physical manufacturing issues as well as very few open stores to actually sell the game in. The delay will last until the logistical issues are resolved.

A new pixel-art horror title is on the way

Developed by rose-engine, Signalis is described as “a classic survival horror experience with a unique aesthetic.” I’m not positive unique is the right word, as its quite similar to games we’ve seen before (just with a different perspective), but that doesn’t mean you should ignore Signalis. It is currently in development for PC via Steam, with plans for console versions later down the road. Here’s a trailer:

A ship has crashed on a remote, snowy planet, and the Replika Elster is searching for a missing crew member. She finds the ruins of an abandoned underground labor camp, and needs to survive surreal visions of cosmic horror, as well as flashbacks that aren’t her own. Elster’s reality becomes blurred as she needs to learn what happened and why.

The developers say Signalis was inspired by classic horror titles such as Silent Hill and Resident Evil, with the gameplay being “a love-letter to the golden era of survival horror.” The story is multi-layered. Players will need to solve puzzles such as breaking codes, using radio signals, and combining objects. Combat is the last resort, as the enemies aren’t ever easy to defeat.