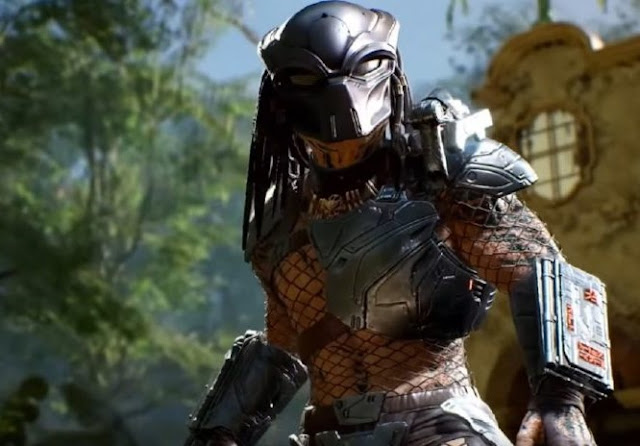 The idea behind Predator: Hunting Grounds is a grand one, as it pits four highly-trained soldiers against the titular alien killing machine that has entertained audiences since 1987. However, boring mission design that has the human players trying to take out artificial intelligence-controlled drug lords and an underpowered Predator makes it a less than stellar asymmetrical multiplayer game.

Rather than reuse the structure of its previous effort int Friday the 13th: The Game, which purely focused on Jason Voorhees hunting down a bunch of camp counselors with limited means of fighting back, developer IllFonic has gone for more of an action vibe here. Every mission features special agents going up against a drug cartel, either locating files or assassinating a kingpin. Sadly, these missions grow monotonous rather quickly as it’s a lot of searching for an object, waiting around as enemy reinforcements arrive in waves, and then running to the next marker on the map to do the same song and dance again.

There is nothing exciting about battling the A.I. characters and they serve no real point other than to give players something to do when the Predator isn’t hunting them down. Smart players will wait until the humans are mid-mission to strike and take advantage of all the mayhem as there are dozens of enemies running about the jungle environment. This can lead to a quick victory for either side as the Predator is surprisingly vulnerable. 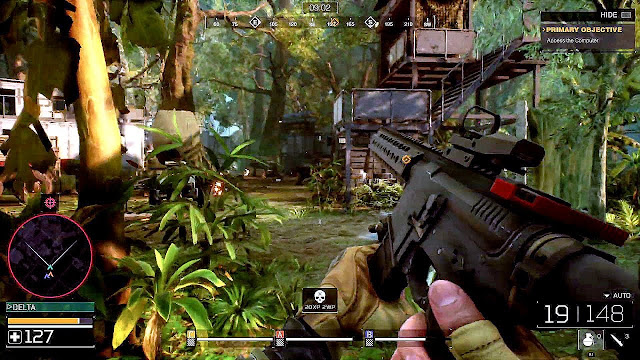 Rather than making the Predator a killing machine that is feared by all like Jason was in Friday the 13th, the Predator is easily downed if all four players keep it together and work well as a team. This makes consistent attacks a bad strategy as the creature will need time to heal, and that means there are long patches where the matches feel largely uneventful as the team waits for the Predator to finally attempt his strike. Of course, you want to make sure that the other team has a chance, but a slightly beefed up villain would have encouraged a more aggressive approach to play, and that would have in turn made for a more active and exciting experience.

Due to the Predator’s limitations, most of my online matches ended in two ways. In the more dull ending, the team of humans escape via helicopter after having achieved their objective against the AI opponents, having barely seen the Predator throughout. Otherwise there was a more intense firefight, which resulted in a complete victory for one side or the other withing a few short minutes. I’m sure it’s possible to enjoy more back-and-forth battle through this game if you have the right players, but it rarely occurred in my time with it. In fact, there was even one match where I never caught a glimpse of the Predator, who may have fallen asleep while waiting for a match to be made.

As with a lot of multiplayer titles, Predator: Hunting Grounds has had a rocky first week in terms of online matchmaking. The opening weekend saw waiting times of over half an hour and even then you weren’t guaranteed a match. Things have largely improved since then, although there are still annoyingly long wait times if you want to be the Predator… and the bigger issue is that the game just doesn’t do anything to justify those kinds of waits. 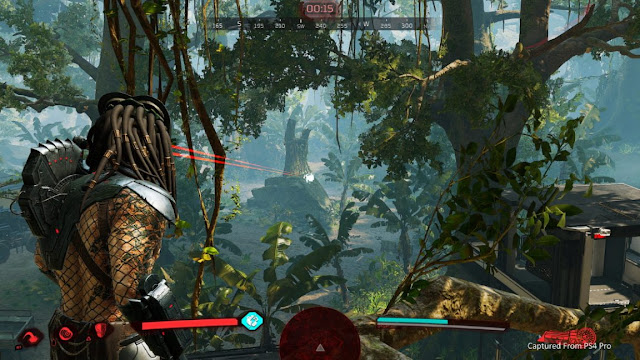 When cast as a soldier, players get to experience a rather mediocre first-person shooter. There are additional perks and weapons to unlock as one levels up in-game, but nothing unique enough to help give the game a real personality or freshen up the combat. Other than equipping some aviator sunglasses on my character to make him better fit the 80s action hero vibe, there was little I wanted to unlock for him.

Things are better when playing as the Predator, which takes place in third-person, but it’s here where the game’s technical shortcomings really show. The low graphical fidelity makes it difficult to spot characters in the dense jungle, so using the alien’s infrared view is a must. However, this makes the game an eyesore to experience. While the actual combat and mobility options can feel clunky, the Predator has enough cool weapons and abilities, such as turning invisible for a temporary period, to make playing as him more fun than the disposable soldiers he faces off against.

If Friday the 13th: The Game is any indicator, Predator: Hunting Grounds will receive a lot of post-launch support that will make it a better and more varied title over time. However, its rough matchmaking and generic action keeps it from being recommended in its current state. There are plenty of good ideas but the game fails to capture how terrifying it should be to have the Predator chasing you and that’s a huge bummer. 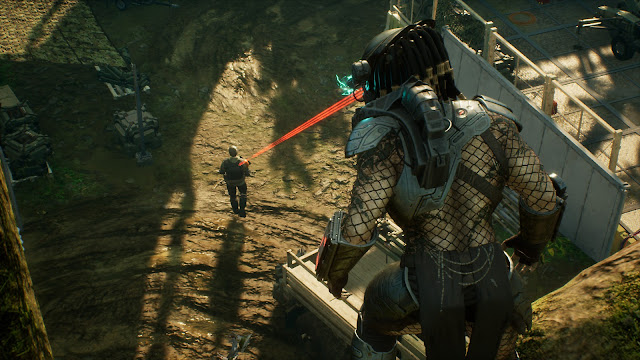 One would hope that IllFonic’s past struggles would lead to it delivering more polished games in the future, but Hunting Grounds has many of the same problems that Friday the 13th launched with. Returning players will feel the same sense of déjà vu they would upon watching a disappointing movie sequel… and to be blunt that’s something that Predator fans know all too well at this point.

Port Royale 4 is so, so close