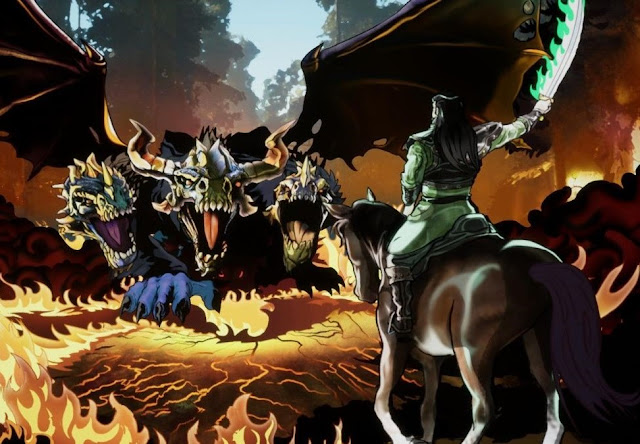 The dungeon crawler has been around for almost as long as video games, and it was certainly one of the first forms of the RPG. Those who grew up playing the likes of Wizardry and Might & Magic will love what Zen Studios has achieved with Operencia, which manages to be both a retro throwback and decidedly modern in scope. It’s not perfect, but it’s an excellent platform to build upon.

What’s immediately apparent about Operencia is that this is one truly gorgeous game. For a small-sized studio, Zen Studios has always had a mastery over visuals and presentation, and all the expertise that was honed on the Zen Pinball series has converted gloriously over to Operencia. Most dungeon crawlers fix your view – you can turn and move forwards and backwards, as though stepping across grid paper, but you can never look around. Zen Studios completely does away with that inhibition and encourages players to scour every inch of the gorgeous dungeons. It’s not just for show, either. Like most dungeon crawlers, Operencia offers a wealth of secrets to pursue, but only the observant and patient will find them. Combat is likewise vivid, thanks to the meticulous design of every single enemy, making each new area something to look forward to, because it means new monsters to fight. It’s a great motivator to push onwards.

Patience is a bit of a running theme in the game, because the combat system requires the patience of a saint. The turn-based action drags on for far too long, with enemies having too much health, and the percentage-to-hit virtual dice feel a little broken; too many missed attacks at 75 per cent or better chance to hit, and always at the critical moments. So, while the rate in which you’ll come across new enemies is a good motivating driver, and the designs make it exciting to explore a new area, the combat Operencia is its weakness, as it is far too focused on being a slow grind of attrition for its own good. 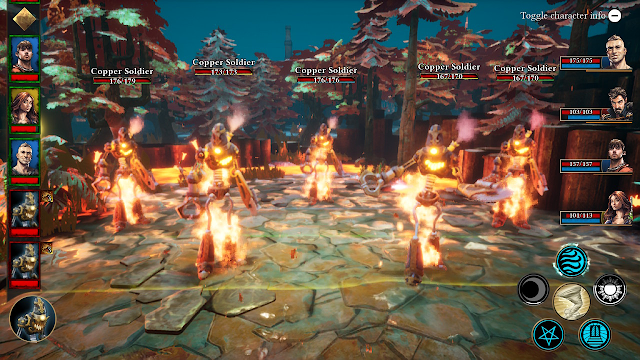 I think I understand why Zen Studios ended up with this combat system: it does encourage players to use the full extent of their skills that are available, because standard attacks really aren’t worth much. There are also cooldowns, meaning that you can never rely too heavily on a single special ability. This is fine in theory, but when key attacks miss and enemies are surprisingly intelligent (i.e. they know how to use healing abilities, inflict all kinds of status ailments on your characters, and use abilities to force you to leave the powerful-but-fragile glass cannons for last), too many combat scenarios are too draining over the long run.

Thankfully there’s so much more to Operencia than the combat. Puzzles are universally well designed, for a start. With too many modern RPGs, puzzles get close to being an insult to the intelligence – they’re there because it’s a genre feature, but they’re also so obvious (so that no one gets stuck and gives up) that you don’t actually need to think to complete them. Operencia’s puzzles do require a bit of logic and can take a little while to solve, and that’s a refreshing change of pace whenever it comes along. None of the puzzles are unfair or require a level of logic beyond players. They just require a bit of poking, prodding and thinking to sort through.

There’s also a surprisingly rich narrative for a genre that usually isn’t known for storytelling. Rooted in Hungarian folklore, there’s some great characters, and a solid sense of humour that keeps things fresh right though. At any of the rest stops that are scattered through the dungeons, the characters will tell stories and crack jokes like they’re out camping, and your party bounce off one another nicely. This is slightly undermined by some really poor voice acting, and accents that do nothing to enhance the setting, but after a while it becomes easy to tune those out. 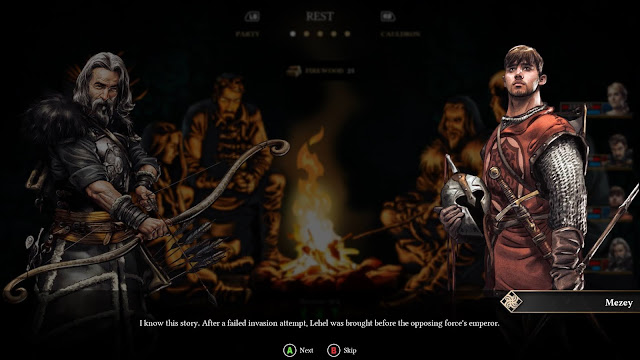 Operencia doesn’t try and do too much to innovate within the genre. The crawler is a remarkably simple genre when you boil it down, and fans to be traditionalist about it. With that being said, Zen Studios did modernise where it made sense to. Skill trees are appropriately nuanced and give you plenty of control over the development of your characters. And there’s a really nice little mini-game thing for mixing potions. It’s no Atelier, of course, but given that every RPG these days needs to have some kind of crafting system, I much prefer what Operencia is offering than the endless riffs on Minecraft we have to deal with these days.

There is so much potential for Operencia. Zen Studios has crafted a gorgeous, elegant dungeon crawler, with rich lore, interesting characters, and the team has demonstrated real talent with dungeon design – something that is by no means easy. Cleaning up the combat system so that it’s not so exhausting and frustrating is all it would take for Operencia to be a top-tier example of the genre.

Windbound is one very lovely-looking game