It’s finally happened: following multiple large companies dropping out from the event (including Sony, Unity, Microsoft, and Epic Games), the organizers behind the Game Developers Conference have announced the event will be postponed until later this year due to concerns over the COVID-19 virus. Especially following San Francisco’s declaration that the city is under a state of emergency due to similar concerns, the announcement is of little surprise. 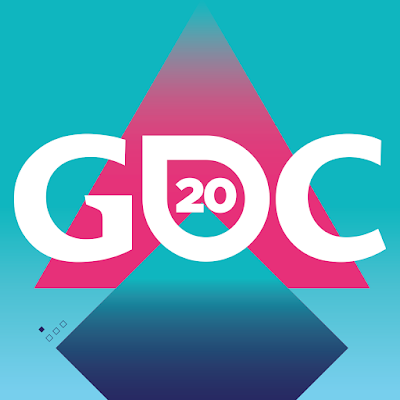 Registered paid pass holders are entitled to a full refund, and if you booked accommodations through GDC you can also cancel those with no associated fees. However, that doesn’t refund things like airfare, visa applications, and alternate accommodations, so many are still paying out of pocket for an event that won’t be taking place.

No new date has been announced, but there are rough plans for it to happen during the summer months.

See what I did there? The game is titled Hidden Through Time, and is developed by Crazy Monkey Studios. In this fourth dimensional hidden object game, players will explore four great ages while searching each scene for objects and people. The environment can often be interacted with to reveal secrets. Here’s the latest trailer:

You’ll be using cryptic hints to search. If the searching isn’t enough for you, there’s also the ability to create levels. Using the map-editor, you can build your own scenes filled with your choices of objects and characters.

Hidden Through Time will be released on March 12 for just about every current platform. It will cost $7.99 USD on Steam (Windows/Mac), Nintendo Switch, PlayStation 4, and Xbox One; for mobile users, the iOS and Android versions will be released at the same time and cost $2.99 USD.

My Time At Portia developer announces next title

Pathea Games has announced its next title, Ever Forward. My Time At Portia was actually my number one game in time played for 2019, and I’m super excited to see what comes next. Ever Forward is a puzzle adventure game, being released for PC (Steam), Nintendo Switch, PlayStation 4, and Xbox One this May. Here’s the reveal trailer:

Maya is lost in a strange world that lingers between reality and imagination. Left alone to confront her despair, she has to unlock her memories and face her fears to unravel the mysteries of the world. Stealth and observational skills will come in handy as the player needs to solve multiple puzzles along the way. The game’s designers spent three years carefully crafting puzzles that will both challenge and motivate players, and puzzles can sometimes be completed multiple ways.

The developer discusses the artwork as featuring a colour pallet of “soothing pastels and futuristic tones designed to simulate the absurd nature of of the world.” The game incorporates many different mechanics, including simple movement, jumping, teleportation, and gravity control.

Psychological horror game Those Who Remain coming this May

Set in the sleepy town of Dormont, Those Who Remain puts the player in a world in a spiralling split from the fabric of reality. Edward is in town to end your secret affair following several glasses of whiskey. The townsfolk are feeling uneasy and irrational following several disappearances, and Edward is about to step right into the middle of the darkness.

The light keeps you safe, whereas the darkness is where evil lurks. You’ll move between Dormont and its otherworld counterpart, either helping citizens or leaving them to succumb to the darkness. That being said, not all citizens are innocent and deserving of Edward’s help. The story features multiple branching outcomes.

Romance of the Three Kingdoms XIV: A masterpiece of modern strategy