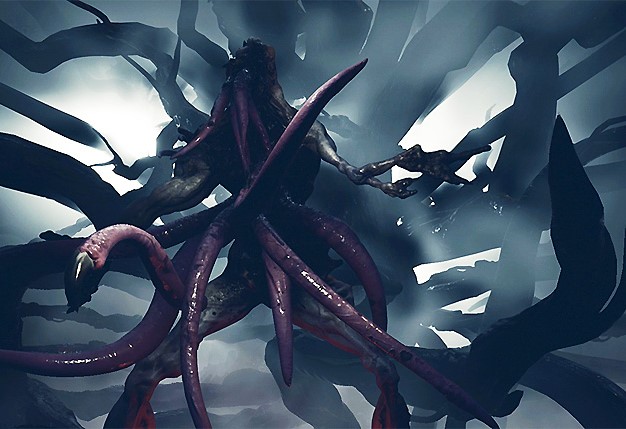 I don’t know if H.P. Lovecraft would be particularly fond of Moons of Madness. It bills itself as a “Lovecraftian game” because it has space tentacles in it, but it largely misses the nuance and intellectual depth of Lovecraft’s body of work. Push past that and it’s a fairly safe horror game, and that’s fine as a afternoon killer, but it’s also quite sad how badly this game missed its potential.

Related reading: Publisher, Funcom, produced a brilliant short horror experience in The Park that we highly recommend everyone play. Our review.

Moons of Madness is a homage and reference to At The Mountains of Madness, Lovecraft’s longest and most sustained work, and there’s more in similarity between the two than just the names. In Mountains of Madness, a group of intrepid explorers take off to Antarctica, where they manage to discover a ruined city of cosmic beings before the proverbial hits the fan and they all start dying. Moons of Madness is about explorers on Mars and, as you can probably guess, it doesn’t take long for it all to start hitting the fan there, too. With a couple of twists and turns, the overarching thrust of the narrative is that of a warning against intrepid scientists pushing for knowledge too hard and organisations capitalising on that and… well, that’s the plot of the Doom reboot. It’s also about as intelligent as the Doom reboot’s plot, and a very, very far cry from everything that At The Mountains of Madness actually stood for, beyond the superficial. 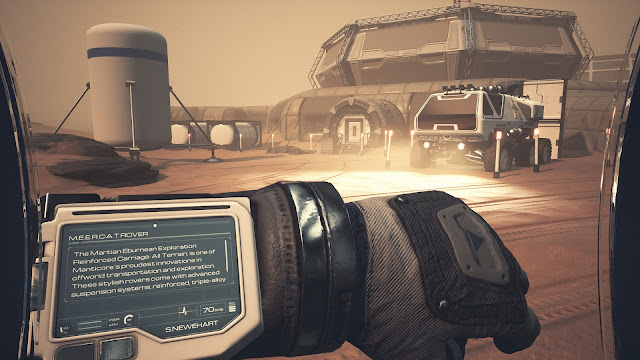 Right away I was put off by the dissonance of tones within Moons of Madness. In it, the narrative grapples hard to capture the Lovecraftian ethos, only for the visuals and gameplay to instead drive towards jump scares and schlock, and in the end, the only explanation I can come up with for how that dissonance can be so complete as to be an absolute break between the two elements is simple; the developers really did not understand Lovecraft. Without giving away spoilers here, the only time I got the sense that the writers and creatives on this game had any understanding of the philosophical approach that Lovecraft took was the very ending, where players are presented with a choice, and the “good” ending very much affirms the nihilistic outlook of Lovecraft on the worthlessness of humanity in the face of the cosmos. It’s about eight hours of narrative drudgery to get there, though.

What Moons of Madness does do well is play well. It’s one of those “walking simulators” that likes to break the breadcrumb trail up with puzzles and even some monster sections, and they all work rather well. The puzzles are testing without being frustrating. The monster sections are appropriately tense, and the levels around them are well-designed so as to not become irritating themselves. The mad scramble through a greenhouse’s under-pipes to escape the first big ugly that you come across, after spending 20 minutes wandering around the greenhouse being spooked out by random sounds and flashes of movement, would go great in another horror game. It’s one particularly memorable piece within a weird mesh of a jigsaw puzzle that is so all over the place that you’ll be wondering if you didn’t accidentally mix up two puzzles.

Moons of Madness is also a particularly beautiful game. Mars itself is an ugly, barren place, but a combination of careful camera framing in cut scenes and articulate design of the facilities themselves keep the endlessly forward movement of the game interesting and cinematic. As things get more cosmic, the twisted duality of space becomes ever more clear; both as a harsh, terrifying expanse of nihilistic horror, and as the ultimate beauty of the infinite. If nothing else, Moons of Madness is clearly made by people who have done their fair share of star gazing in their time. 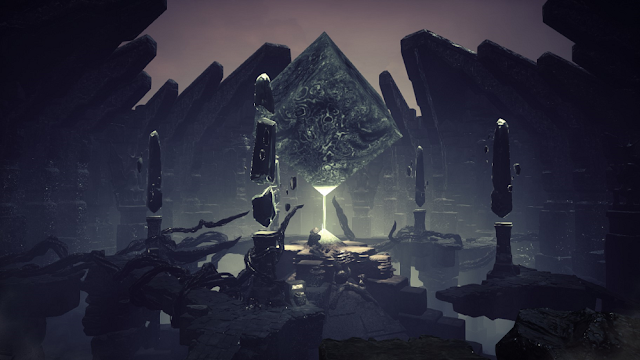 Mechanically, the only thing that lets Moons of Madness down is its reliance on jump scares. Yes, I do understand that if you can get a YouTuber or streamer to do a little hop in their seat, then you’ve instantly got audience engagement, and audience engagement is the digital equivalent of gold. However, it’s also the cheapest and most crass way to try to tap into fear, and it does the underlying artwork no favours. Moons of Madness at least shows impeccable timing with the jump scares, but they stop being amusing or impactful well before the game reaches its zenith.

It’s not that Moons of Madness is without merit, but it does come across as a game where the development team never quite reached creative cohesion and weren’t able to quite work out what they wanted to achieve with this game. From the butchering of Lovecraft’s vision, to a scenic structure that feels too disjointed for its own good, to the over-reliance on cheap horror tricks like jump scares in the absence of true narrative and thematic depth, Moons of Madness is just a little too confused for its own good. It’s an inoffensive way for sci-fi and horror fans to while away a few hours, but by no means a masterpiece.

Moons Of Madness: Lovecraftian or a noble attempt?