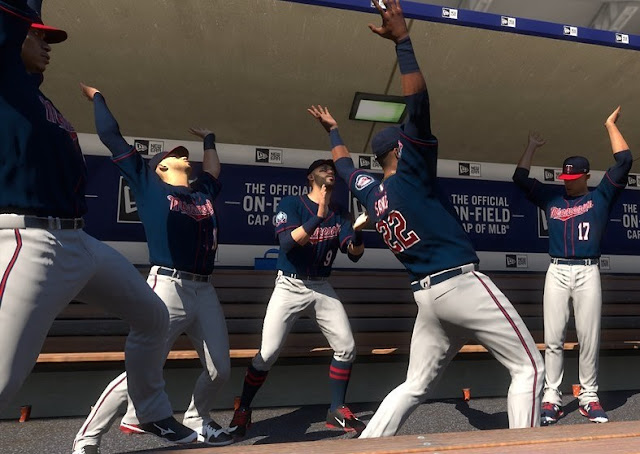 It’s particularly hard to review sports titles – especially those that have annual iterations. Just what do you talk about when the improvements from one to the next are largely tweaks around the edges, and veterans are going to either buy the game or not before it has even been announced? Do you write the review for the newcomer to the series instead, then? These questions keep me up at night.

Putting aside such highly existential questions, MLB The Show 20 plays a particularly good game of baseball. That in itself is good news, because baseball’s the closest Americans have to a great sport in that “big four” – ice hockey, basketball and gridiron being the other three. Oh yes, I can hear the gasps that I spoke down on those other sports right now. It’s the hill I’ll pitch my last stand flag on, though. Digression aside, the biggest problem with MLB The Show 20 is that it seems so desperate to keep you off the field of play that it’s quite tiring.

There are daily login bonuses, and an endless streams of cards and equipment and nonsense to unlock and give to your players. Some stuff applies in some game modes, but not others, but that’s okay as you’ll be going through each and every damn mode to figure out which one you actually want to play, because if you just happen to enjoy baseball and want to play a season with your favourite team, against the AI, as a way of unwinding after work… well, it seems that The Show just isn’t for you any more. Instead you need to play single player career modes, collect-a-thon franchise modes and, of course, you’re meant to play online if you want to play a season. The COVID-19’s social distancing recommendation doesn’t apply to online communication and interaction and, based on what The Show tries to pressure me into playing, Sony’s developers must be very happy about that. 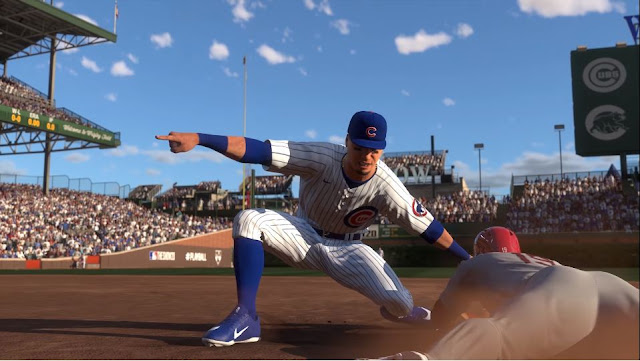 Yes, there’s a hint of sarcasm in there, but this game is anything but intuitive on the front-end. There’s an overwhelming number of options off the menu system. I don’t really know which are new or not, since the last one I reviewed in the series was back in 2015, and I can’t remember what modes I could play in a baseball game five years ago. According to the marketing material, however, there are two new modes for people who do play annually, and they’re called Custom Leagues and Showdown. Custom Leagues lets you play in – you guessed it – custom leagues that you make up with friends online. It’s not a mode I tried. I really don’t go in for online gaming. Showdown, meanwhile is a little difficult to visualise. It’s really a series of little mini-game things that you play with your Dynasty Mode team. As I didn’t really care to go to all the effort with the Dynasty team and all the micromanaging nonsense that entails, this really wasn’t for me either.

Road to the Show was where I got the most play. It’s the career mode where you create a single player and then move up the ranks through the minor leagues to try and impress the selectors of your favourite team. You only need to participate in the parts of the match that are relevant to you, which helps seasons move on at a good clip, and while I found the presence of an RPG-like perks and upgrade system and – again – the equipment stuff to be irritating busywork, there were nice elements of narrative in there. I kept getting binned from matches because I kept trying to steal bases but my manager told me I sucked at that so I probably shouldn’t. Listen to your manager, folks.

In the absence of a simple tournament mode (or, at least, if there was one I somehow lost it in all the icons), I also spent a fair bit of time playing casual matches, and here’s the last issue I have with MLB The Show 20: it’s only licensed to the MLB and American baseball. As someone who likes international competition I would like to see this game branch out and start representing some other leagues. I know Konami has a lock on the Japanese league, so that’s not going to happen, but there are many other fine baseball nations out there with great leagues – Australia, Cuba and South Korea, for example. You wouldn’t need to change the name of the game, as MLB would still be the obvious focal point for the experience, but it would be amazing to be able to start a career in the Australian baseball league, get scouted, and make a move to the US, only to return to Australia to play for the national team in an international competition. There’s just no reason that MLB The Show shouldn’t start to branch out that way. 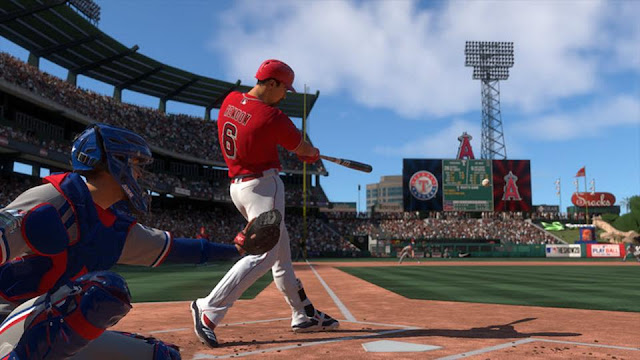 Now, with all of that said, all of my complaints are only the front-end of the game, and as frustrating as it often is, you buy a baseball game to play baseball, and MLB The Show 20 doesn’t disappoint on any level there. This is one vibrant and intense baseball experience, where difficulty scales to match your ability, so hitting home runs always feels as challenging (and therefore rewarding) as it should be. Fielding is balanced perfectly to try and hurry you to make snap throws (and with that the risk of making a stupid error) without it ever once feeling like that stupid error was because the systems behind the throw were poorly designed. Pitching is highly strategic and the AI most certainly keeps pace – you’ll want to throw the occasional ball deliberately because you can pull the AI into making stupid mistakes. Combined with a broadcast-style presentation, MLB The Show 20 feels spot-on, and never lets you become complacent – you’ll need to earn your wins and you’ll never simply call in the victories.

I’m also deeply impressed by the on-boarding. On first loading the game up you’ll have the option to try all possible controls combinations across batting, pitching, running and fielding, and you can select any combination of options once you’re happy with it. It’s a process that takes all of ten minutes, and prevents you from ever feeling like you need to try everything in match situations to work out what’s right for you. As bloated as MLB The Show 20 can be off the pitch, once you settle in to play it is, dare I say, elegant.

You probably already know whether you want to buy MLB The Show 20. If you’re not a baseball fan, it’s obviously not for you. However, the series is going to start making its way to other consoles soon, with Sony apparently losing the right to keep it exclusive to PlayStation (even though it will continue to develop the games). This is going to give the series a shot in the arm and expose it to new players and the good news is that when it does, Sony’s sitting on an incredible base and foundation. The series could do something about offering more casual baseball fans something to enjoy on their own terms, but that applies to all AAA-blockbuster sports games, and MLB The Show has the decided advantage of being a sport that’s actually enjoyable.

Yep, definitely going to get the hate mail for this one.