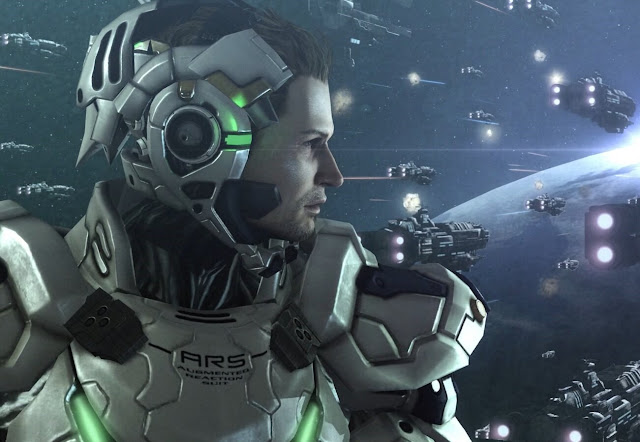 It’s amazing that Vanquish in 2020 is celebrating its tenth anniversary: a game which once was difficult to track down, yet revered by those who had played it. It’s a game which seemingly predicted the direction that third-person shooters would take over the next decade, championing mechanics like fast paced movement, augmented suit powers and an irreverent, satirical story.

Related reading: Bayonetta is also getting the 10th Anniversary treatment for PlayStation 4 with this release. Our review of Bayonetta and its sequel from a previous release.

It’s a game which closely bears the signature of its dream-team development roots: PlatinumGames, directed by Resident Evil designer Shinji Mikami. The result is a rare re-release which feels like it hasn’t aged a day: even removed from its late 2000’s context, the design philosophy feels fresh, accessible, and immediately rewarding. I can only hope the success of Vanquish’s second coming, first on PC two years ago and now on PlayStation 4, will signal to developers that this type of game design is worthwhile.

To properly address why Vanquish’s gameplay is so revolutionary, it’s necessary to delve into the historical context of the late 2000’s and early 2010’s in gaming. In the west, cover shooters reigned supreme on consoles; Gears of War was the blueprint to follow, and game pacing was overall slow and methodical, with highly lethal kill-or-be-killed combat. (Remember the weird shoehorned cover shooting segments in Sleeping Dogs or LA Noire? This is what I’m referring to). Compared to what these other games were doing back then, the climate in which Vanquish released was slow as molasses. 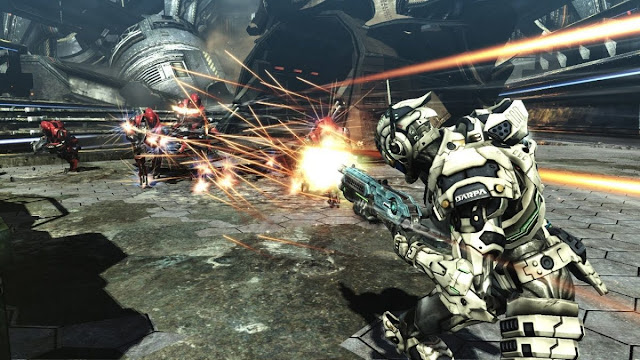 Vanquish’s mechanics all seem to be an answer to that kind of slow design. Yes, technically, it is a cover shooter, and it’s possible to play through the entire game crouched behind a waist-high wall and taking potshots. But it also has a second set of mechanics which starts the second you decide to leap forward past your cover, and take matters into your own hands. The player can activate a brief slow-motion effect called AR-Mode by dodging and hitting the left trigger, allowing them to take down priority targets while they’re out in the open, without being punished by any counterattacks. The left shoulder is a rocket-powered dash, allowing the player to reposition and flank enemies. Both of these abilities require the same energy from your exosuit, and the game quickly becomes a balancing act of blazing through stages, taking out priority targets, and taking just the slightest breather in cover before leaping out to do it all again.

These mechanics allow Vanquish’s moment-to-moment gameplay to feel more bombastic and energetic compared to anything else on the market in 2010. It’s a game very much ingrained into PlatinumGames’ pedigree – it’s relatively short, with carefully chunked levels that quantify you on how cool your performance was. (Unfortunately there are no letter grades in this one, unlike Bayonetta or Metal Gear Revengeance, but there are tons of stats to keep improving). It’s quite accessible to players unfamiliar with the Platinum formula, even moreso than something like Bayonetta, because its cover-shooter mechanics are familiar and effective in the modern video game environment. But the game is also constantly challenging the player to take risks, be twitchier, improve their reflexes, and really live up to the hotheaded character the game puts you in the shoes of.

Speaking of character, Vanquish’s story mode is a delight to witness even if you’re not a fan of shooters. It’s classic B-movie kitsch, with a ludicrous plot about a Russian terrorist organisation hijacking orbital satellite cannons, and one man who’s a bad enough dude to save the US president. It very much helps that this is a Japanese game and thus avoids the potential nationalism which could occur with a story like this. Our hero, Sam Gideon (Generic McActionname), is brash, arrogant, mouthy, and yet oddly likeable. He’s just such a funny person to witness in the scope of this ridiculous frame narrative, and his qualities complement the frenetic gameplay – especially the God Hand-esque 200 hit melee combos that Gideon dishes out against bosses for no real reason other than looking cool. 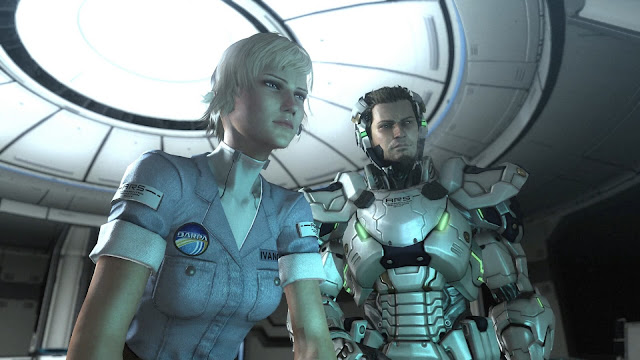 A run through of the game’s story mode and a few chuckles at the game’s narrative are all well and good, but the game’s true fans are the ones who are willing to discover all the deep and intricate mechanical interactions the game has to offer. The game’s science-fiction inspired weapons offer a wide variety of play styles that add to the replay value of this relatively short title. The homing disc launcher and lock-on laser sit alongside more familiar arms like an assault rifle and rocket launcher, but each weapon is given additional options alongside rocket dashes and AR-Mode.

In true PlatinumGames fashion, there’s a lot hidden here for those who are willing to explore. While Vanquish isn’t a brawler, and doesn’t need to worry about combo strings, its mechanics still do neatly blend into one another to allow for creative solutions to problems. Dashes can be cancelled into AR-mode, evades can be used to prolong dashes, each weapon has its own situational melee attack, and grenades can be shot midair in AR-mode for massive damage. Skilled players will be able to juice all these mechanics for all they’re worth in order to finish levels in record speed, and with style. There is a “God Hard” difficulty level for a reason, after all.

On the PS4, Vanquish runs like a dream. It’s lucky that the original release came just at the time where game graphics reached “modern” status – Vanquish today looks just as good as most mid-tier games coming out, and so it’s not hard to be immersed in the graphics despite their age. SEGA has enabled 4K resolution and 60fps for those who are graphically inclined (and the 60fps I imagine will make a difference for the score-chasers and speed runners) but it hasn’t needed to do much otherwise – it’s a testament to how well Vanquish’s systems hold up after ten years of game-development advancement. 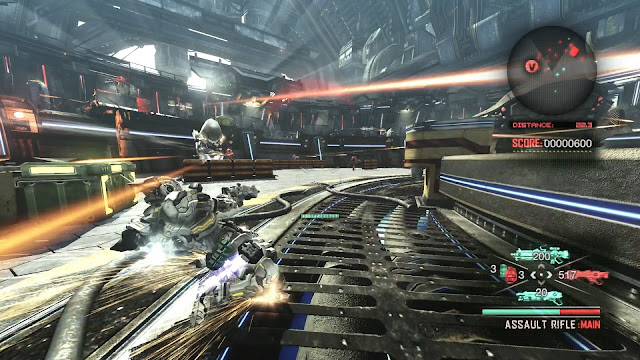 The only real caveat is that Vanquish might not feel as revolutionary to modern players as it might have in its heyday. If you’re a veteran of Doom 2016 and racked up your hours as Tracer on Overwatch, the movement options in Vanquish won’t feel as uncannily fast and powerful as it did back when its competitors were all molasses-slow. That being said though, Vanquish is one of those rare games with enough depth to make up for its shortcomings. The kind of wild ride that, upon finishing it, the first thing you’ll want to do is play it again.

Whether you were a witness to its glory in its original context, or whether you’re just reading about it for the first time in 2020, Vanquish is an experience worth having. Its desire to subvert entrenched shooter tropes in both its mechanics and its story, leaves it feeling a breath of fresh air to those who have been jaded by how samey the genre can feel. If you like your games to demand mastery, and to reward those who unlock the potential within its mechanics with an undeniable feeling of coolness, then Vanquish is absolutely worth your time.

My Time With Dee Dee, Volume 2 is live now!