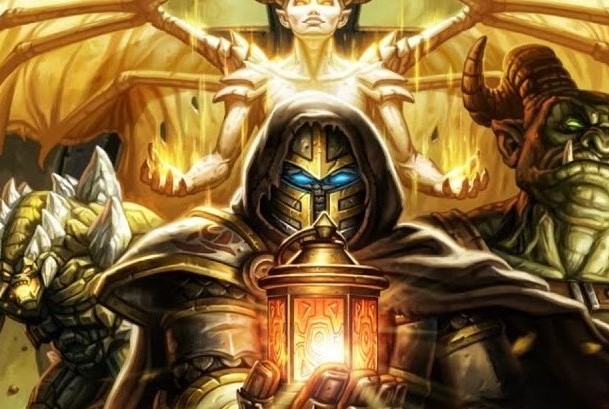 When I saw Ember land on the Nintenndo eShop store, I thought there was something vaguely familiar with it. Promising to be a throwback to Baldur’s Gate, and other RPGs of old helped cinch the deal for me, so I figured I’d give it a go. Then I started playing it, and it all seemed eerily familiar. So I went searching on the DDNet website and… yes. I had actually played Ember before. Back in 2016 this game released as a premium-price iPhone title, and I gave it a go there, for much the same reason as the Switch release caught my eye: I love Baldur’s Gate. But think about it: it only launched four years ago, and I had completely forgotten about having ever played it. That’s not a positive reflection on Ember.

The real problem that Ember faces is that it’s so uninspired from top-to-bottom. It promises an “open world”, and does indeed deliver something open, but it’s not a particularly interesting world. It’s filled with vast stretches of space where not much happens, and B-tier, undisguised fetch quests providing the bulk of the things to do when you’re not following the narrative along. The combat system is likewise uninteresting. It’s a real-time combat system that gives you the ability to pause at any point of time, which will be familiar to anyone that has played a Baldur’s Gate or Dragon Age title, but this kind of combat system is meant to encourage strategy, and Ember doesn’t do that. Other than having your team gang up on enemies in a declining order of priority (to efficiently whittle down the capacity for the AI to do damage to your characters), and use the best skills as soon as they’re available, there’s not much thinking that you’ll need to do to get through Ember.

Ember also has the addition to loot that other RPGs, such as Diablo, have turned into an art form. I’ve always found the loot grind to be something of a lazy way for the developers to hide deficiencies in narrative and world-building; you don’t need to write a good story if you can keep players interested by giving them new shinies at a rapid rate. The best, like Diablo, get away with it because those shinies are so interesting, and there’s so many different combinations of equipment that the game encourages you to try out. You’re constantly using the loot, in other words. Almost all of the loot in Ember is trash to sell at merchants, and I would go for great lengths of time without bothering to change the equipment at all.

I… think I have already played this on mobile and it was so dull I forgot it existed :-/ #NintendoSwitch pic.twitter.com/e3UPqIK7vU

What’s left, then? A rather dull narrative. Embers, as per the title, are magical things that have come from off-world, and humans worked out how to use them to further themselves, either by exploiting their power, or wearing them as beautiful pieces of jewelry. Now, though, they’re fading, and your job is to play as a legendary “Lightbringer” and save the world from the loss of Embers. Ember checks off all the boxes that it needs to for the western RPG – there are moral decisions to make, an open-ended narrative that doesn’t urgently push you anywhere, and an effort to make the world feel alive through high quality visuals and a day/night cycle, but it’s all artificial and quite superficial. Too many developers that create homages fail to understand the sheer quality of the games that inspired them, and Ember is like that; it’s a fan fiction for Baldur’s Gate without the quality writers of Baldur’s Gate.

There are also some truly weird bugs that keep popping up as I played this port. Not that I remember the iPhone game and whether it was bug-ridden itself, but the first boss that I fought in the Switch version, in the tutorial area, didn’t even appear on screen. My heroes were simply swinging at an empty space. That’s also not the only instance of that happening while I played Ember. The game loves to drop surprise attacks on you by having enemies appear out of nowhere, and on more than a few occasions the enemies really did not appear. At other times my AI allies would get themselves stuck on scenery or their pathfinding would simply go haywire, leading them to run around like fools.

More than anything else, though, Ember’s biggest problem is how little it does to even try and be its own beast. Arbitrary crafting systems are thrown in there simply because crafting is a checkbox item for RPGs (and gives players even more “loot” to pick up along the way). Enemy design is everything that you would expect from a game like this. Even the music is the elevator version of an RPG’s soundtrack: it’s completely inoffensive and appropriate, but also completely derivative. The game has some merit in the sense that (aside from the bugs) it doesn’t do anything wrong, but we are long, long past the point where an RPG-by-numbers deserves a player’s attention. Not when Baldur’s Gate itself, as well as Icewind Dale, Pillars of Eternity, Wasteland, Divinity, and plenty more besides are already readily available on the Switch. 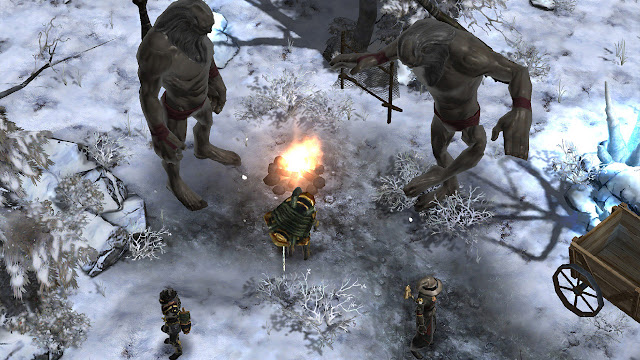 I will forget about having Ember on my Switch within a few months of having being done with it now, I suspect. If you do play it, you’ll be looking at around 20 hours of highly derivative, classic RPG action. You won’t be annoyed by Ember and, played in short bursts, you won’t be bored of it either. It has that pick-up-and-play quality. But today the Doomsday Clock was pushed closer to midnight than ever in its 73-year history, and frankly we’ve all got better things to do with whatever time we have left than playing something like Ember.

Yet another bright and charming VN is coming to Switch