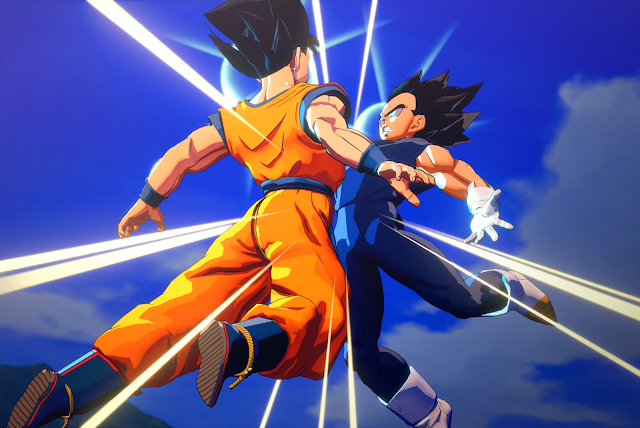 You would be hard pressed to find a series that has the mass-market appeal of Dragon Ball. Having started back in 1984, the Dragon Ball series has seen a giant manga run, anime series, video games, movies, and with the more recent Battle of the Gods kicking off Dragon Ball Super, the series saw a return to relevance after that abysmal original finale that was Dragon Ball GT. With titles such as Dragon Ball Xenoverse and Fighter-Z bringing the series right into the gaming sphere’s limelight, CyberConnect2, the makers of the .Hack// and Naruto games, has finally made a Dragon Ball story that does more than retell the events of Dragon Ball Z. It lets you live them.

For what will probably be one last comparison to the aforementioned Xenoverse, in Xenoverse, you got to create your own custom fighter who leveled up and learned new abilities to fight against those that would change the timeline to suit their own nefarious deeds. It created a story that had yet to be told and you got to hang out with Adult Trunks, who basically leads the time police. Where it never ventured however was to re-create Dragon Ball’s version of Earth that could be explored somewhat at your own pace with tons of things to see, collect, and side quest stories to do between the heavy handed button mashing.

Dragon Ball Z: Kakarot takes that new approach to the Dragon Ball series that made going through the story for the xth time actually quite enjoyable. Starting events from before the arrival of Goku’s brother Raditz, you get to actually stop and smell the roses while picking up apples and fishing with Gohan before heading home and getting blasted by ChiChi for having taken too much time gathering the ingredients for lunch. It isn’t just about the fighting, it’s about these character’s lives and the in-between moments that make them as popular as for their fighting skills. 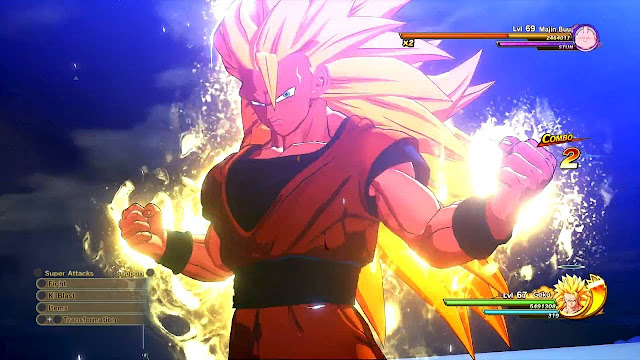 When I heard that DBZ: Kakarot would be an open world experience I was a bit worried about how that would play out. Up to this point, any Dragon Ball title has been all about endless fighting. Not only that, but while open worlds seem to continue being all the rage these days, the more important question is, why? And does it need to be? Thankfully, it’s not a real open world as environments are self contained spaces that you can travel between either on foot, by car, by flying Nimbus or simply launching yourself into the air to zoom around. Most of these locations have gathering spots for meat, fish, ore and z-orbs that you’ll need for cooking, development and leveling up your abilities, and there’s some not-quite random encounters to hone your fighting skills between the critical story battles.

This approach of letting you explore various parts of the Earth, and Namek while into the second phase of the story, slows things down as allows for many smaller interruptions in gameplay to tell the smaller parts normally not covered in a game. The prime example of this is when Goku asked Chichi to allow Gohan to train with him under the incoming threat of the androids and she says fine, under the condition he gets his driver’s license and a car for her instead of flying around all of the time. So what’s a defender of the Earth to do? He challenges Piccolo and the two set out to get their driver’s licences in a race terrifying the driving instructors.

For the combat itself, there’s nothing revolutionary. You had one button for combos, punches and kicks, one button for energy blasts, one for blocking, and one for dodging. Add in quick menus for more powerful attacks and items, and that’s the gist of it. While the combat may seem a bit scaled down in comparison to other recent Dragon Ball titles, it works fairly well over time as new super abilities and the ability to transform will supplement the reduction of other elements. 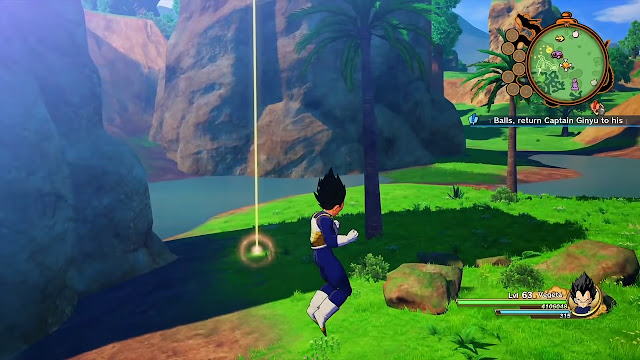 Keeping in line with this being more about the entire story and not just the iconic fights, there’s a community system in place that relies on the relationships of your characters and using them where they are the strongest. Leading the Z-Fighter Community, Goku’s partnership with others will increase the output of any fighter’s combat abilities, which more often than not is a circular pass off between Goku, Piccolo, Gohan and Vegeta. Master Roshi however leads the adult community allowing you better prices to sell off items for money in order to buy items to give as gifts or healing items to keep you in the fight. Naming just two more because there are a fair few of these leaders – Chichi leads the cooking community that increases the effects of food and cooking food while the training community run by King Kai will increase Experience accumulation and character defense.

Each community comes into play over time and the leader of the community cannot be changed. Where it really blends into the rest of the world is that characters you meet and fighters that you defeat will grant you a soul emblem that can be placed onto grids in order to increase their efficiency. Each character’s emblem has its own strengths of where they should be placed and can also be leveled up with gifts under the affection options to be even more efficient. A fair amount of these are granted just by playing but there are a good deal of these emblems that require you to go out and explore the world by doing side quests in order to be found. It’s not a system that feels tacked on and as a bonus, it rewards you exploring the rest of the world and not just flying to your next objective.

There aren’t any real downsides to Dragon Ball Z: Kakarot. It’s fun to play for hours on end and I say this having sat down to fourteen hours straight one wonderful Saturday afternoon. It’s anything but short, too – there might be games that last longer, but this one feels meaty without overstaying its welcome. The combat may feel a bit simplistic but while it’s easy to slide into the groove it takes a while to master and when enemies are levels ahead of yours you’ll see just how much of a difference that little bit of experience can mean. The only real “issue” is that there could be some framerate drops here and there or the game slowing down because there was too much going on. Having a PS4 Pro, it was over quite quickly but I do have to wonder how that would have translated over to a standard PS4 or a Slim. 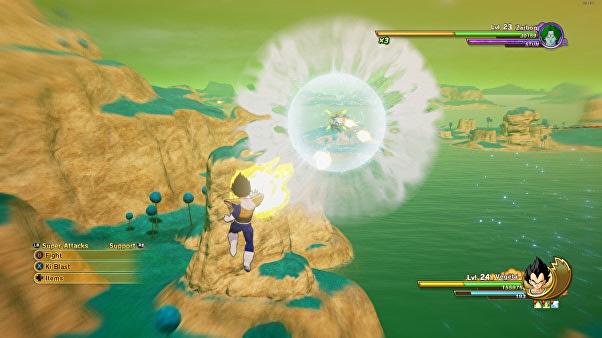 All in all, while Dragon Ball Z: Kakarot doesn’t really do anything new “overall”, it’s still an amazing time because of the way that everything has been put together. Those new to the series and long time fans alike have plenty to find and enjoy, as the pacing is just right to both let you relive some of the iconic fights of the series, and just live a little with your favourite characters.