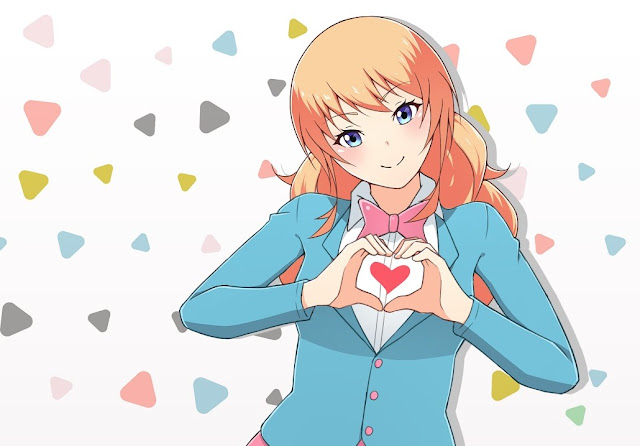 Hello all! As you already know, the next Dee Dee visual novel will introduce a couple of new characters to the expanded Dee Dee universe (yes, it’s not just Marvel that can pull this off). You already know about Lorin. There’s another one, but for now, she’s going to be a surprise.

Today, however, I’m not announcing a new character, but rather a major gameplay feature that will appear in this game for the first time, but become the standard way that these games work into the future. It’s an exciting new feature, and has been a real pleasure to work with. Allow me to introduce you to… THE MAP! 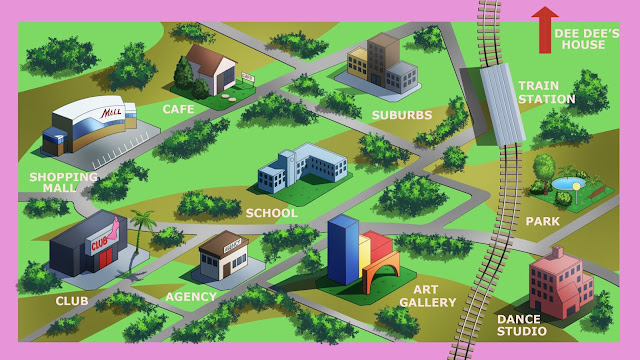 Most of these locations will be familiar if you’ve played the previous VNs, and that’s the point – this here is the town that Dee Dee and her friends get up to their adventures within. At points within the game you’ll be able to make decisions on where in the map you want to visit next. This will affect who you meet in those places, and that in turn will affect how the narrative plays out.

If you choose to spend all day hanging out with Dee Dee (and fair enough), you’ll end up with different endings to whether you decide to party with Lorin (also fair enough – you’ve got tough decisions ahead!). Combined with the existing decision systems that are in place (i.e. how you respond to the girls affects what they think of you), and you’ll be looking at massively expanded ranges of choices, narratives, and endings from these VNs going forward.

For example, Volume 2 will have six separate endings (or perhaps more… but you might need to find them!). With an entire town now at your fingertips to explore, these games should start to feel pretty substantially replayable.

Because of the expanded scope of this second volume, the original intention that I had to do a very short “Volume 0”-like introduction for the new characters seemed a little pointless, so I’ve rolled that into the next “proper” visual novel. It means I won’t have something new for you to play by Christmas, as I had hoped, but the pay-off will be worth it. Around late January to early February next year I will release Volume 2, with the new characters, the map, lots of gorgeous new art for all three girls, and expanded scope from the first Volume.

And do let me know what you think of the map and concept! Also, please do consider backing me on Patreon. For as little as $1/month, you can support the ongoing development of these games, and in return, you do get them all for no cost as I release them.

Game of the Year 2019! The best Blockbusters!