Kairosoft games are coming to PS4!

To date, Kairosoft has ported 18 of its previously-mobile titles to the Nintendo Switch, so it’s about damn time the PlayStation 4 gets a turn! In Japan, anyway. Game Dev Story (below), Hot Springs Story, and Dungeon Village will all release on December 5 at 1,500 yen apiece.

Game Dev Story is arguable Kairosoft’s most popular/beloved title; I know I’ve played it dozens of times on my phone and tablet, and I know I’m not alone in that. In the title, you manage your own game company by choosing each game to develop, which console it will be on, and what genre it will be. You also have to manage your staff, each with their own title and skills based on their profession. 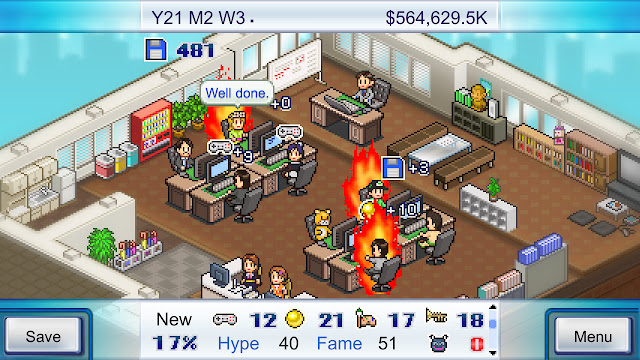 Hot Springs Story has players manage their own Japanese hot springs inn. You’ll build your own resort, with facilities ranging from rooms and baths to restaurants and arcades. There’s even a Japanese garden, which can be decorated with lanterns, trees, and flowers; the garden will then attack VIPs.

In Dungeon Village, players build a hamlet that warriors and merchants can call home. The goal is to grow from the small hamlet to a mecca for the most ambitious adventurers. These warriors, in turn, defeat monsters to earn you money. Of course, there are dungeons to clear. Facilities include combat schools, magic labs, and more. There’s even a new “Cauldron” feature that tests your alchemic knowledge.

A new Neptunia title is on the way

We’re all about fan service here at DDnet, and Compile Heart’s Neptunia series falls squarely into that category. The developer has announced VVVtunia via Dengeki PlayStation and Weekly Famitsu. It will be released for PlayStation in Japan next year to celebrate the 10th anniversary of the series and the 25th anniversary of Idea Factory.

VVVtunia is a spin-off of the main series, set on Planet EMO. Four goddesses team up with six virtual idols to save the world from “Virtual Land.” Each goddess and each idol has their own unique actions, but as a whole the goddesses casually shoot enemies while idols mow them down with attacks.

There seems to be some sort of a mini-game called BeatTik, which has the goddesses dancing to the beat of music; their costumes and accessories are customisable in this mode. There is also something that is a “step up” from Photo Mode, that shares cute videos from the characters.

During the Atelier Fall Festival 2019 live steam, Koei Tecmo and Gust announced that there would be a collaboration between Atelier Ryza: Ever Darkness & the Secret Hideout and Romance of the Three Kingdoms XIV. What is that collaboration? We don’t even know yet. But it will happen. 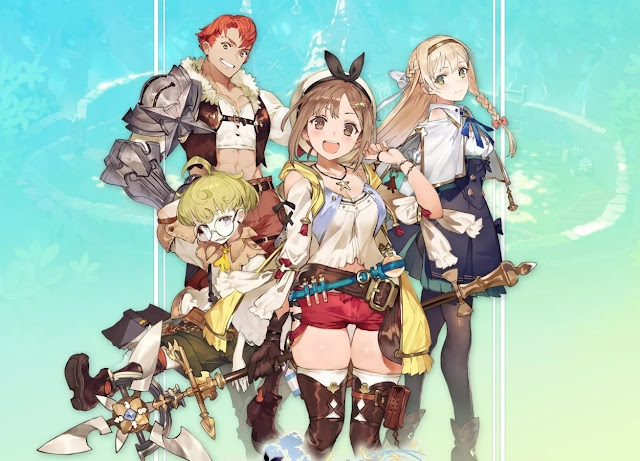 Also part of the stream, there was talk of player feedback regarding the next Atelier title. The team plans to raise the base quality, whatever that means, while continuing to insert clear themes into the games.

Atelier Ryza: Ever Darkness & the Secret Hideout is out now (check out our review!), while Romance of the Three Kingdoms XIV will launch for PC and PlayStation 4 on January 16 in Japan and February 29 in North America and Europe.

Devspresso Games and Headup just recently launched The Coma 2: Vicious Sisters to Steam Early Access, and already there’s a major update on the way. Originally, chapters 1-3 were playable, but the November 28 update will add chapters 406, making 80% of the game available to play. The update will also include an improved crafting module and some gameplay adjustments.

The Coma 2: Vicious Sisters brings us back on Sehwa High School, promises a nightmarish story of pursuit full of jump scares. You’ll actually be able to venture beyond the school, uncovering clues and trying to survive in the surrounding areas. The game balances exploration with the need for survival. The pursuer features new AI that makes her more powerful and compelling than in the original title.

The game is set for a full release early next year for PC/Mac/Linux via Steam; further platforms will be announced at a later date.