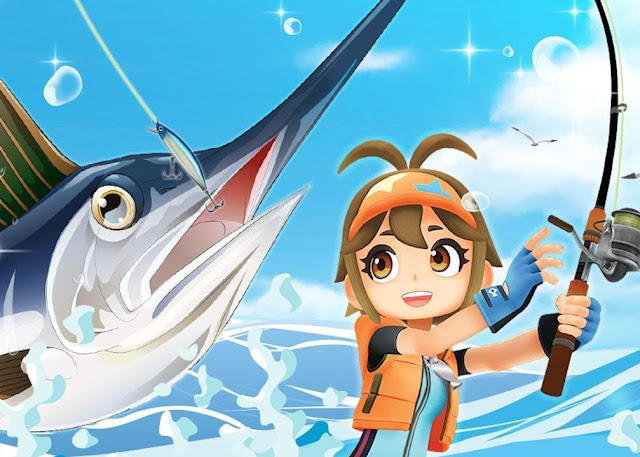 Everyone needs a good fishing game to play, and yes, I’m being entirely serious. Unlike real world fishing, fishing video games are a relaxing and affirming experience – you chill right down, throw the line in, and know that sooner or later you’re going to catch something. Anyone that tells you that real-world fishing is relaxing is either showing off or lying, because catching those damn things is near-impossible. But in video games… well, you can enjoy the process there.

Fishing Star World Tour isn’t a new game – it was released back at the start of the year for digital download on the eShop. But it has apparently been successful enough to get a physical release, and, given that I haven’t actually played a full-fledged fishing game on my Switch yet, I figured I’d give it a go.

The first thing to note about Fishing Star World Tour is that it is by no means a serious simulation of the pastime. There are lures and rods to choose, and each have a different effect (some fish prefer some lures, some rods will give you better casting difference). But once you’ve thrown the line in, Fishing Star is a very arcadey experience. You’ll tug on the line a little to catch a fish’s attention, and then battle with the fish, working hard to keep the tension on the line right, as the fish moves back and forth in a bid to get away from you. Allow the line to become too tight and it will snap. Allow it to loosen too far and the fish will escape the line.

Fish will try a number of different tricks to get away, and each of those are handled through very simple little twists on the basic mechanics, forcing you into an almost twitch-like response to the fish’s behaviour. With the more difficult fish, the window you have to adjust your line before the line either breaks or goes slack is small indeed, and tougher fish can battle for a much longer time before you’ll finally reel them in. The difficulty curve is gentle however, and there’s no real punishment for failure, so you can just toss another line in immediately afterwards. While the action itself is arcadey, Fishing Star is ultimately a very chilled, no-pressure experience.

This is supported by the environments, which are absolutely gorgeous. They’re simple – not much larger than a single screen in size, and you can’t move about within them – but they are absolutely gorgeous and tranquil. You’ll need to complete some kind of objective in one environment before getting access to the next one, and so throughout your time with the game you’ll constantly find new and vibrant environments to fish in. There’s nothing realistic about the aesthetics, but the colourful and bright spaces are so much better for this kind of game. Even if you buy the argument that real-world fishing is relaxing and enjoyable, part of what makes it so appealing (as fishing fans will always tell you) is the tranquility of being in nature. In that context the hyper-real environments of Fishing Start World Tour just do that better.

While we’re on the presentation, the writing is awful, and the translation from the base language (Japanese) is really, really poor. Thankfully there’s not much narrative to this one beyond an introduction, but it’s nonetheless a blemish that every so often does just enough to remind you that this isn’t quite the premium experience. 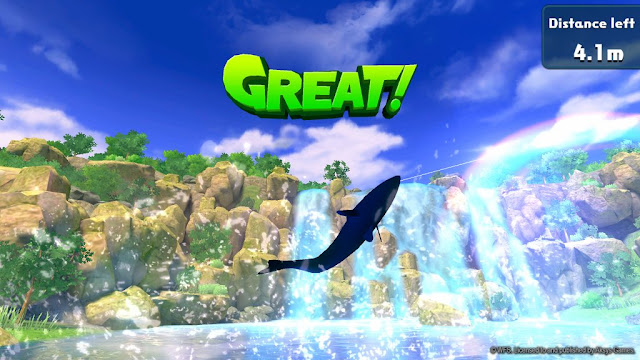 Some players might find the mission structure to be too restrictive, too. As mentioned, new areas are unlocked by completing objectives and catching certain kinds and quantities of fish. With perseverance this will happen, but with each body of water having multiple types of fish to catch, there is an element of luck involved in terms of which fish you land. When the dice rolls go against you, you can be “stuck” in one tranquil area chilling and catching the same fish over and over again. When that happens it’s just a test of patience – once again there’s no pressure in playing Fishing Star – but it can become dull.

The other big issue with Fishing Star is optional – there are motion controls, where you’ll use the Joycons in a way that emulates the action of a fishing line and reel. It’s gimmicky and doesn’t work all that well, thanks to the need to constantly reset and re-calibrate it. The rest of the game is far too peaceful and relaxing for that kind of busywork. Thankfully standard controls work really well, and this is the kind of game that’s better for handheld play, anyway. It’s a nice easy thing to play in the background while you’re watching TV or a movie.

There’s a lot to like about Fishing Star World Tour. It’s a lightweight, highly accessible, and charming little arcade-like take on fishing, and while it’s never going to top anyone’s list of favourite games, it’s the kind of mindlessly relaxing thing that’s useful to have on the console for those times where you really do just want to chill.

Yay! We have a release date for Langrisser I & II in the west!