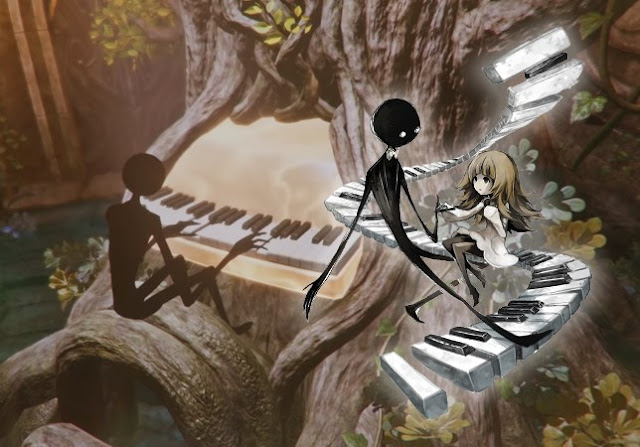 Deemo is one of my favourite rhythm games. Originally a mobile title, the Nintendo Switch port is characterised by offering a true wealth of tight, engaging music to play. Hundreds and hundreds of gorgeous pieces of music, all based on the use of a humble piano – the “instrument” that you’re playing. Deemo -Reborn- makes some… odd decisions with a surprising change in focus, but it too is a gorgeous project, and, as questionable as the change in focus is, one thing is certain: This is a very different kind of Deemo.

Related reading: Our review of Deemo on Nintendo Switch

Deemo -Reborn- has stripped a lot of the music out of what you can get on Nintendo Switch and mobile. In all, there are a little over 85 pieces of music here. That’s still substantial, of course, but nowhere near that of the base game. Instead – and here’s the change of focus – Deemo Reborn has a full-scale narrative adventure mode. There was a narrative in the original Deemo, but it was something to be glossed over, or at worst a distraction from the rhythm game action. Here, however, it’s impossible to ignore. By exploring a surrealistic little world and solving puzzles, you’ll need to find and earn each new piece of music. As such, you will be spending a surprising amount of time doing everything but playing music this time around.

Thankfully, the 3D world you’re given to explore is quite gorgeous, and reminds me (in a very odd manner) as something akin to the original Myst. There’s that same ethereal sense of the surreal and mysterious in each environment, and there is also that complete lack of handholding that Myst was so well known for. You’ll need to use a combination of logic and trial and error to muddle your way through each puzzle, which will provide you with new sheets of music to play (unlocking music in the rhythm game part of the game), which in turn slowly starts to unlock more areas to explore.


The narrative itself is very modern fairy tale. You play as Alice, who has found herself trapped in a tree for reasons unknown. The titular Deemo – a mysterious but highly classy being – can play music to make the tree grow and ultimately give Alice her escape. Alice’s name choice is not coincidental, of course. She’s a riff on the Alice in Wonderland figure, and while the world that she explores doesn’t exhibit quite the same extreme flights of fancy as “eat me” cakes and Tweeddledum and Tweeddledee, it does offer that same wonder of the unknown and the unreal. The enigmatic Deemo, meanwhile, cuts a majestic figure and somehow has more personality and emotion in a completely voiceless role than most video game protagonists with hundreds of thousands of lines of dialogue.

The rhythm action is as tight as you’d expect from one of the most well-regarded developers in the space. By default you’ll be using the PlayStation 4 controller and six buttons (the six arrayed across the PlayStation 4 controller face). Little icons come scrolling down from the top of the screen, and your job is to tap along as they reach a line drawn across the bottom of the screen. It’s a perfectly workable, albeit traditional, approach to rhythm game design. I do prefer the approach that the Hatsune Miku games take, where the icon tells you what button you’ll actually need to press, because even though Deemo is elegantly intuitive in design, I still had moments where I would find myself pressing the wrong button by accident, simply by mistaking in the heat of the moment which button the icon corresponded to.

The three difficulty settings all play out the same way. With some rhythm games, the higher difficulty settings throw more buttons at the player, but with Deemo the scaling challenge simply throws more complex arrangements at players. Across the three difficulty settings I think most people will find something that they’re comfortable with – the very most difficult settings in a Miku or DJ Max game are much more challenging than “hard” is here, but only a very low percentage of players even want that kind of challenge. On the other end of the spectrum, “easy” is manageable for people of any rhythm game experience without being insulting to those that struggle to move up to the next difficulty level. 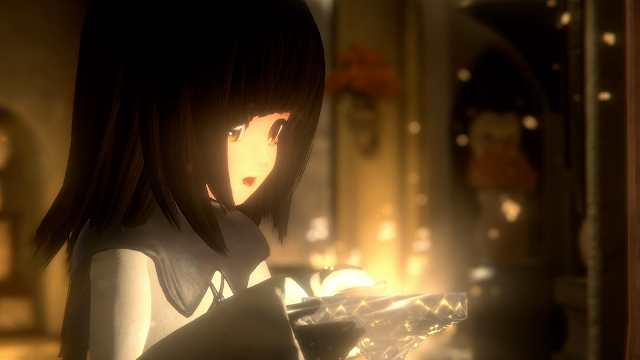 If you have a PlayStation VR headset, things are much different. There you use the Move controllers and need to play at a virtual keyboard. I found this a little disorientating, truth be told. The technology works fine, but I still found there to be a disconnect between not being able to physically see what I was moving, and what was happening on screen. In the end the VR setting does come across as a bit of a gimmick, but it’s nicely atmospheric, and much like with Tetris Effect from last year, a good use of VR – physically placing and immersing players within a visualisation of music has a powerful impact.

My only real concern with Deemo -Reborn- is that I’m not sure the decision to turn it into an adventure game hybrid was the right step forward for the series. Do fans of rhythm games really want to have their musical play disrupted by the need to run around and solve puzzles in order to unlock more sheets of music? I do wonder. The context of giving the game a deeper sense of narrative is certainly a noble one, but that same base narrative was in the original Deemo, and while it has its charms, I’m not sure there was anyone that got hooked on Deemo for that reason. Losing around 2/3rds of the total library of music to play in exchange for that seems like a step backwards for what was previously a pure-play rhythm experience. And going from an area where Rayark is one of the industry highlights to a field where the team is still learning the ropes makes this game just that little bit easier to leave unplayed.

These concerns are only marginal though. Deemo – Reborn – is still up there with the best rhythm games on the PlayStation 4, and while the Nintendo Switch Deemo very much felt like a port of a mobile title, -Reborn- has that premium presentation and design that give us a sense of where the series might yet go into the future. There aren’t enough rhythm games that make the piano the central instrument, and Deemo is an elegant example of how to take an elegant, classical instrument and spin it into an interesting rhythm game.