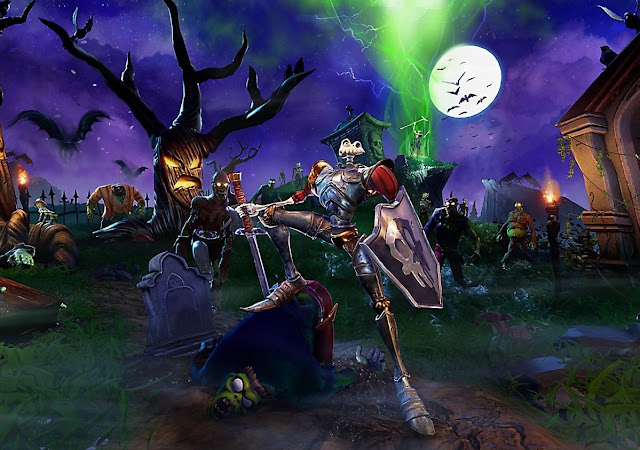 At this point, I feel like a broken record. Across the podcast, social media, and reviews such as the one I wrote of Link’s Awakening on the Nintendo Switch, I’ve found myself consistently railing against what companies have been doing with remakes. Disney’s cinema efforts are the most egregious, but more and more we’re seeing remakes of games that don’t do much more than modernise the visual elements, and while the underlying gameplay might still be very fine indeed, the existence of these projects comes across as a rather cynical argument that the original work has lost its value. It hasn’t, of course. Art doesn’t work like that, but the commercial side of the entertainment industries are certainly pushing that angle. MediEvil is the latest victim.

The PlayStation 4 remake of MediEvil does feature a significant graphical upgrade, and comes with a newly orchestrated soundtrack, but on the experience side of things this new version is virtually identical to how I remember the original playing. If there have been improvements, they’re been minor. You still play as the rather hapless Sir Dan; a knight that had the distinction of being the very first one to die on a battlefield with an evil sorcerer. Years later he has been risen from the grave to give defeating the wizard another crack and, he hopes, earn his place in the hall of great heroes.

It’s still a very funny game, clearly inspired by the comedy-horror sensibilities of the likes of Tim Burton (in particular) and Gremlins. MediEvil features the kind of bright, colourful gothic vision that does make it perfect to pick up for the family fun Halloween parties. The graphical update does help here, substantially and in all areas. When MediEvil was new, developers were still struggling to understand how 3D engines and character models should work, and the results were as primitive as NES sprites were in comparison to the gorgeous pixel art that the SNES would later perfect. You could still enjoy it, but you wouldn’t necessarily want to watch it, even back then. The development team have done a really lovely job in maintaining the spirit of MediEvil, while bringing the visual quality in line with what we’d expect from a top-tier company like Sony in 2019.


But (and this is a big “but”); MediEvil’s real problems in 2019, and the reason you’d look back at that PlayStation One original and say “yeah, this game has aged poorly,” actually has little to do with the visual style. It’s the way it plays that’s the problem. MediEvil’s approach to gameplay has been superseded and left behind, to the point that even those modern titles that aim to capture nostalgia from the era don’t borrow elements from MediEvil. Of all the remakes that have been made of PlayStation One and Two era releases, this is the one that most desperately needed some kind of gameplay modernisation in order to help people remember why it is considered a classic.

These days we’re used to combat systems having counters, timed dodging, combo systems and more, and for an action game in 2019 to lack these things is to immediately put it on the back foot. MediEvil lacks all these things. Sir Dan is a nimble enough fellow, and capable of a rapid attack pace, but aside from spamming the attack button, and throwing the occasional shield block in the way of an incoming attack (very occasional, since shields have durability ratings that degrade quickly), he’s not the most nuanced fighter. Certainly there isn’t that same rhythmic visceral action that we get from Bayonetta or Devil May Cry, nor is there the crunching impact of something like God of War.

One thing MediEvil does have going for it is the range of weapons to choose between, and many of those weapons are hilarious, both in terms of design and how Sir Dan uses them. MediEvil really needed this variety, because the otherwise simple combat system also means that each boss relies on a limited gimmick and attack pattern, and usually you’ll need to use one or two particular weapons to defeat them. Without the range of weapons, the variety of these boss battles would become so limited and grindy that they would become draining, and do so quickly.

It’s not all bad, though. Not by any means. On balance MediEvil is still a pure nostalgic rush. I really enjoyed the simple puzzles and way that levels are arranged into small chunks, for example. You can fly through MediEvil far more quickly than you’d be able to complete almost any modern game, and that reminded me of a time where developers actually respected the player’s time. No bloat, no fuss. Give players a concise level with a few hidden secrets to track down if they’re so inclined, and then let them move on. It’s a genuinely good thing.

There’s some incentive to replay old levels, because there’s a golden chalice thing to collect, and it’s usually hidden and requires that you defeat most of the enemies in a level first. It’s fairly easy to miss the first time through. But given that it is the only real collectible in the game, this too comes across as refreshing. The linear, focused levels of MediEvil won’t challenge you to think creatively as you play, but with no down time, and few distractions to pull you off its focused path, MediEvil is paced perfectly for the kind of game that it is.

There are lessons that modern game designers should pull from MediEvil, in other words. It’s not so much to do with the action – that’s close to a train wreck of monotony – but certainly I think that people are getting tired of the open worlds and endless need to travel everywhere under the false perception of “immersion” and “realism”. A game that simply gets to the point is downright refreshing. 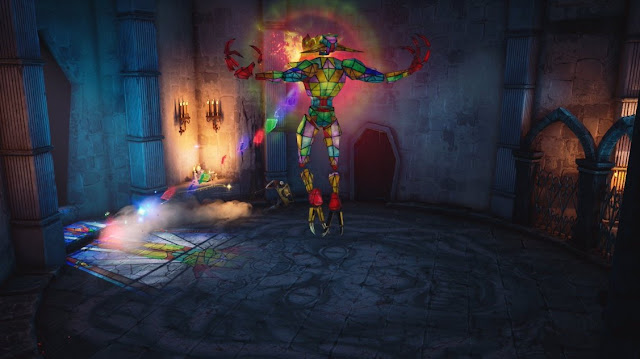 Sadly Sir Dan and his adventures are no longer part of Sony’s A-tier stable. That much is clear. It’s quite painful to see the effort that went into modernising God of War, or even updating Shadow of the Colossus, in comparison to this. Those of those of us that have fond memories of how great MediEvil was back in the day might well see this as something of a sabotage effort by Sony. A token effort to make sure it sells to such a small niche that the company can dismiss any further calls to bring back Sir Dan. With that being said, this is still the Sony I like and prefer. The visual update is beautiful, the orchestrated soundtrack is gorgeous, and, let’s face it, if a developer were to fully modernise MediEvil, the result would likely lose all of the series charm by bloating it out with endless side-quests, open worlds, and some Very. Serious. Violence (TM). MediEvil is a rare bit of whimsy from modern Sony, and so while it plays a little bit too much like an artifact of yesteryear, it still got me smiling.

Last chance! Join us on Patreon to get the Dee Dee visual novel for nothing!