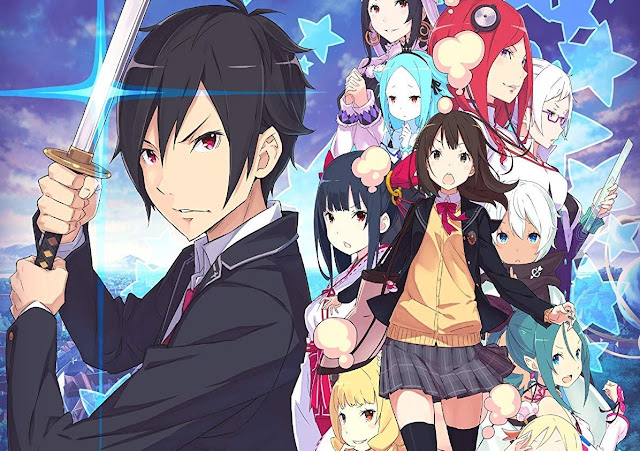 The Conception series is much smarter than people give it credit for. After all, it’s a fanservicey JRPG where you need to breed with a harem of women to create an army of little soldier-people. There are a lot of people that would look at that concept and “nope” right on out of the room. That’s their loss, though, because sitting underneath that lede is a sharp bit of social satire and critique. Couple that with engaging, tight action and really, really pretty anime girls, and you’ve got a game that checks every box, in my book.

In the real world, by 2100, Japan’s population will be about half what it currently is (assuming that climate change hasn’t killed absolutely everyone before then). From an environmental perspective, it’s actually a good thing that the Japanese are not having children (or, really, having sex at all). Economically, however, Japan is structured according to the same late-stage capitalism that the rest of the western world is, and that means that the country needs to see endless growth, else the entire social environment suffers (endless growth with finite resources is a truly stupid ideology to model your economic systems around, but that’s another TED talk for another time). The point is that over in Japan the government, and other concerned public figures, are doing everything they can to encourage people to have children, so that the looming dive in population doesn’t ruin the entire nation.

Japan’s also not the only Asian country to face this. China’s one child policy has left it in a state where its absolutely massive population numbers will also rapidly age and fall off a cliff… and China is being far less subtle about telling people they need to be having more children. Of course, this “have babies for the good of the country” message is heavily tinged with nationalist sentiment, and viewing the entire reproductive process as a resource for the nation to exploit is… well, it’s very capitalism. This is what Conception satirises, and does so quite effectively.


You play as God’s gift (yes, really), and there are 12 women that you need to build relationships with, because when you make star children with a girl you’re close to, those children will be more powerful (note: there’s no sex in this process, it’s more like a magical bonding ritual from which children just appear). Those children then accompany you into the game’s dungeons, doing the bulk of the fighting for you as you make your way to a boss. Eventually, your children will hit their maximum level, meaning they’re not going to be of any use further down the dungeon against tougher enemies. The solution? Discard them, and they then disappear like the tapped-out resource that they always were, but not before giving you one more boon with “points” to help build up the base town’s facilities for shopping and the like.

Conception Plus has a script that is filled with a self-deprecating sense of humour. It knows that its concept is silly, and that’s the point, because it’s poking fun at the real-world social pressures that the game abstracts. It’s also very, very funny at times. Conception runs the gamut of anime tropes (including a perverted mascot thing that made me double check that the developer was Spike Chunsoft, rather than Idea Factory), but it’s certainly not trying to be titillating. This game pushes hard for the laughs.

That is, until the JRPG elements kick in, at which point Conception puts its game face on, with a well thought-out and nuanced combat system, albeit one that does rely a little too heavily on grinding. Those star children that you diligently breed out can be organised into three units of four a piece, and there are a lot of possible permutations there. Every star child has their own character class, and the group gets access to all special abilities of all four characters. You can create balanced groups if you like, or go hard with a focused group with a narrow skillset. The group also operates as one in combat, sharing a combined health bar and tallying all their statistics up together, and tweaking the structure of these groups is where the key to success lies in Conception. You also need to be on your toes, because you’ll be constantly “retiring” members, so you’ll often need to adjust the strategies that you take into dungeons to account for slightly different group structures. 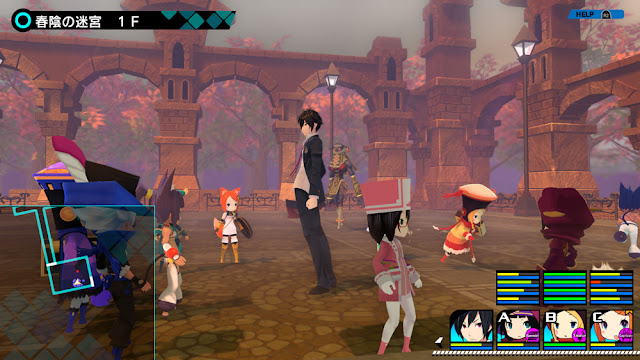 Once in battle, Conception’s all about exploiting enemy weak points. Every enemy can be attacked from four different sides, and enemies have one or two sides as particular weaknesses. They’ll also turn and pivot on their own turns to attack back. The direction those counter-attacks will land are projected a turn in advance, so your job is to keep maneuvering your units around to get good strikes in on the enemies while avoiding their own attack ranges. It’s easier said than done – especially when battlefields have three or so enemies running around, but it’s a fluid, visually exciting turn-based combat system that is quite unique to Conception.

Dungeons are completely randomised, and a little empty of interesting things to see and do, as is typical to all mystery dungeon roguelikes. There are traps to avoid and treasure chests to loot, but the real purpose of the level design is to keep you moving quickly from room to room, because each of those rooms offers a handful of combat encounters and a big part of Conception is the grind. Difficulty spikes from one dungeon floor to the next can be severe, and while I find that to be a bracing challenge, I’ve also been playing this genre since Rogue itself. Newer players might end up with the uncomfortable feeling that they’re “stuck” unless they spend a significant amount of time running around in circles to level up, though.

With that being said, Conception is well balanced, because outside of the dungeons you do have a lot to do with the star maidens. “Getting to know them” and then “bonding” with them plays out through dialogue sequences that are almost visual novels in their own right, so by the time you do delve back into the dungeons, you’re refreshed and ready to go again. Each of the Star Maidens has her own personality, and while they’re rather stereotypical to anime, they’re the right kind of stereotype – familiar and enjoyable. Much of Conception’s humour rests on that familiarity with anime character tropes, so the game’s probably not one for newcomers to anime in general, though I can’t imagine this was ever going to catch the eye of those people, either. 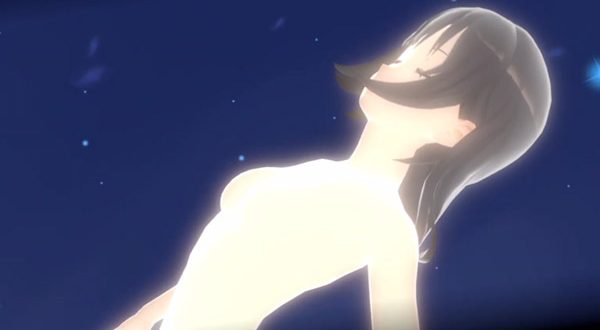 As an added bonus all the characters have swimsuit DLC thrown in for free. Naturally I immediately switched that on and didn’t look back, because they’re rather lovely swimsuits for the lovely girls, though you can switch between them at will. Generally speaking Conception’s a good looking game. There’s a few too many enemies that are palette swapped – i.e. the same enemy model you fought earlier, just with a different colour to indicate it’s more powerful – and that kind of lazy approach to enemy designs should have been left back with the SNES and earlier eras, when it was done that way to preserve memory. Memory use is not an issue with Conception. Still, those enemy models that are there look great, and the pyrotechnics from special attacks and the like are suitably over the top.

With Conception Plus you get a really wonderful, albeit uncompromising and traditional roguelike dungeon crawler, with all that that entails. That’s not where the game’s strength lies, though. Conception makes clever use of anime tropes and fan service to drive home social satire that’s particularly pertinent to Japan at the moment, and only going to become moreso over time. It’s by turns fun and silly, but it’s also much smarter than you may have assumed from the box and concept.

Last chance! Join us on Patreon to get the Dee Dee visual novel for nothing!