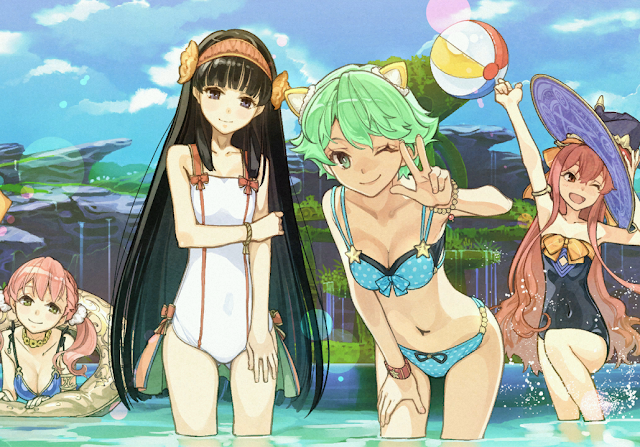 One of the bits of news that flew a little under the radar, among everything else that Gust and Koei Tecmo is doing at the moment, was that we’d be getting a package of all three Dusk games on PlayStation 4, Nintendo Switch and PC. Gust has released its first trailer of the trilogy, and it’s every bit as gorgeous as you’d expect.

The Dusk trilogy is a bit of a departure from the other Atelier titles. As I’ve noted in the past, the trilogy has a more melancholic tone, as the world that the characters inhabit faces a creeping apocalypse from the mysterious Dusk. It was developed partly in response to the massive earthquake and tsunami that shook Japan about a decade ago, and that gives is a different tone to the usually over-bright and over-bubbly Atelier titles.

It’s an absolutely beautiful little trilogy, and you can read our reviews of all three here: Ayesha, Escha & Logy, and Shallie. I’m very much looking forward to playing this trilogy over again, if only because I have a hard crush on Escha.

The trilogy looks set to be the first big release of 2020, and lands in the west on January 14.