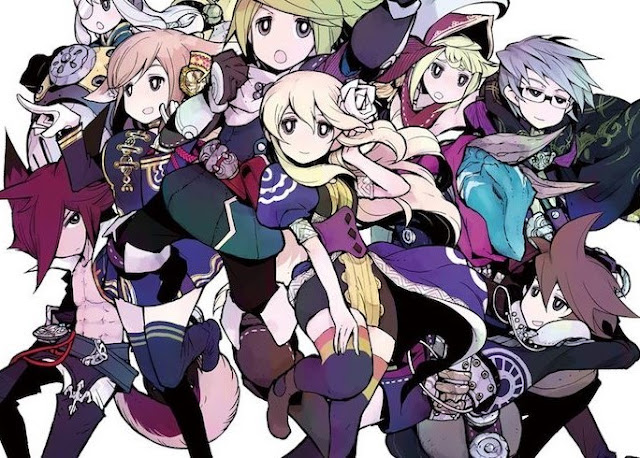 I touched on this in my review of The Alliance Alive HD, but I wanted to expand on it while it’s fresh in my memory. I know that I’ve talked about how games should be shorter in opinion pieces in the past, but here I wanted to discuss something that’s related, but not the same: many (if not most) game developers really struggle with the concept of brevity, and it’s to the detriment of their work.

The only artistic medium where brevity is not celebrated is in video games. For writers, being able to share a story to nuanced depth while using minimal words is considered efficient, or poetically elegant. “Write less, say more” is a phrase drummed into most aspiring writers, along with “show, don’t tell” (another phrase game writers don’t seem to comprehend, but that’s another oped for another day). Speaking of poetry, in Japan haiku is a truly celebrated art form, with haiku masters given the same level of respect as the likes of Soseki (himself a very efficient writer), and the ukiyo-e artist, Hokusai. Haiku restricts writers to a grand total of 17 syllables across the entire poem. It doesn’t get more brief than that.

In cinema, the need to brevity has blown out a little where blockbusters are concerned, but historically cinema was expected to cap out at 90 minutes in length – I have textbooks from back at university suggesting that producers won’t even open a screenplay that is ten pages longer than the 90 pages it takes for a 90-minute film – they were such expects in culling prospective films based on that criteria alone. Musicians that wanted radio air-time needed to have their songs come in within 3:30 minutes or so. None of this is to suggest that there weren’t, at times, really good reasons to throw brevity into the wind, and the greatest artists in each respective medium do just that. But everyone, in learning and honing their craft, was taught the value and importance of brevity as something foundational to their art.

Efficiency keeps the audience on track. The looser a creator is with their writing, and the more they circle around what they’re trying to say, the less likely the audience is going to go along for the journey with them. Equally, efficient writing sets the kind of pace that you need to convey meaning. You might well be writing a critically emotional scene, but if the audience has had to slog through to get to that point, they’re not going to connect to the scene to the same extent that you were hoping. Haiku master and Japan’s answer to Shakespeare, Matso Basho, was able to articulate the emotive power of entire seasons, sounds, smells and aesthetics in nine words (after translation):

Autumn moonlight–
a worm digs silently
into the chestnut

If he was able to do it, whatever you’re writing, making, or performing, there are ways you can make it more efficient.

So why do we have a tendency to “write long,” and pad our creations out, and why is this of particular relevance to the video game industry? Part of the problem is the way that people are taught to write. Whether it’s primary, secondary, or tertiary education, there are always word limits for essays, assignments, and exams, and the expectation is that you’ll hit that word limit. It’s bad education, but it’s universal across most, if not all cultures. I remember going to obscene lengths to pad out a 5,000 word essay I needed to write in one university class, knowing full well that if I got to the word limit, the standard of the 3,000 or so “good words” that I wrote would get me a high distinction mark. I also knew that if I left it at 3,000 words, I would get a low score. Overwrought as my essay was, I ended up with the HD mark.

Similar tensions exist in the video game industry. Content is king, because video games are apparently soup cans rather than works of art, both in the eyes of the executives heading up publishers, and the consumers who count the number of hour’s “value” they get out of a game before deciding whether it’s a worthwhile product. A three-hour game that is masterfully put together and deep in its themes and message is dismissed as being “short” in those all-important Steam reviews (and too many professional game reviews, where the writers should know better). That exact same game, padded out to 30 hours, suddenly becomes “good value” even if the padding is well-written trite.

It’s clear that game developers feel the tension pad their games out, and consequently task the writers with writing long too. In the absence of having anything extra to say, however, the writers start to fill the games up with the same trash I threw into that university essay, knowing full well that the markers will overlook it for the grander point. Persona 5 is no deeper than Persona 4. Regardless of which one you think is the superior title, Persona 5 treads over the same themes, in the same way, without finding additional thematic paths to travel down. It’s also twice as long. Why? If you sit Persona 4 and 5 down side-by-side and closely examine how the narratives of each is structured, it becomes shockingly clear just how often Persona 5 steals precious extra seconds with superfluous lines of dialogue that Persona 4 never needed.

Then you get to The Alliance Alive – the game that inspired this piece, and of course there are other outlets and reviews out there that mistake the efficiency of the text for proof that “none of the characters stand out”. There’s a character that rides a giant mech duck into battle! There’s no other game out there that has a character that does that. It’s the very definition of a character “standing out.” But those outlets are outliers. There are people that would read a haiku and see it as a shallow bit of fun rather than a life-long, deeply philosophical pursuit. For the most part The Alliance Alive’s characters seem to be lauded, and a significant part of the reason for that is that The Alliance Alive is one of those rare games where the developers had the gumption to write efficiently. The game itself is still arguably too long, but the characterisation and narrative beats are spot on.

Fueled by a counter-productive demand for content, too many game developers let their great work down through inefficiently. By compromising the emotional weight of the characters and situations, the writers in these development teams dilute the strength of their narratives, and ultimately the value of their art.