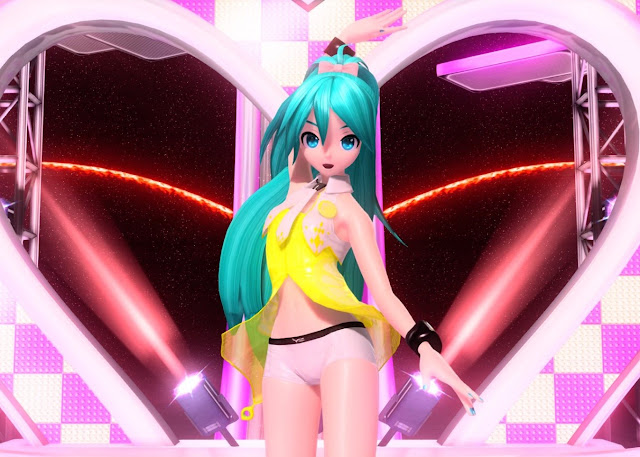 SEGA has shared the theme song for the upcoming Hatsune Miku: Project Diva Mega39. This is the Nintendo Switch rhythm game that we’ve been looking forward to since the console was first announced. Thankfully the theme song is great.

Titled Catch the Wave, and produced by kz of Livetune, it’s the kind of high energy pop stuff that made us all fall in love with Miku in the first place. SEGA has also made a video to go with the song. It’s not much more than a silhouette of Miku with a kaleidoscope of backgrounds but – and I cannot emphasise this enough – I AM SO EXCITED FOR THIS GAME.

Ahem. The release is still far too long away (early 2020 in Japan, no western localisation announced yet). But perhaps I’ll get a chance to play it at TGS or something. That would be nice.