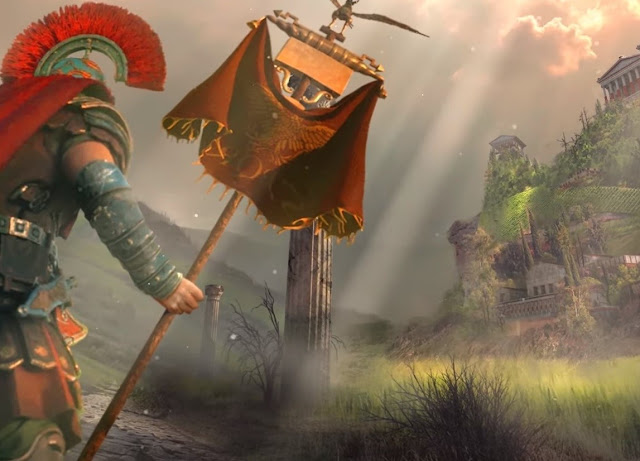 Of just all the video games that you could set out to make, the 4X must surely be the most complex. The typical 4X might not have the technical fidelity of a AAA-blockbuster, but the sheer amount of data that it needs to crunch, across military, diplomacy, economics and science systems, makes properly balancing the experience a monumental challenge. It’s so rare that a developer manages to get everything right, and that’s why Field of Glory: Empires impresses me so; it’s relatively simple as far as the genre goes, but it does manage to get everything it sets out to achieve right.

Field of Glory focuses on one of the most well-trodden settings in strategy; the rise and fall of the ancient Roman empire. In comparison to most other games set through this era, however, Field of glory is large in scope, allowing you to command the nations of the Arabian peninsula to the edge of India, through to the African nations halfway down the continent, all the way to the Picts of modern day Scotland. It doesn’t have quite the scope that you’d see in something like Europa Universalis, but it covers the overwhelming bulk of the people that the ancient Romans interacted with in one way or another, and lets you play as almost all the major and minor nations of the era.

As with all 4Xes I do like to give myself a challenge, and tend to choose smaller nations to try and turn their role in history around. As you’d expect, that’s a difficult task, but Field of Glory has plenty of difficulty settings to choose between to fine tune exactly how much of a challenge you want. Right from the outset, though, this game is heavily focused on the military side of strategy. The AI’s not particularly capable with diplomacy, and dominating the world through trade isn’t really going to work unless you’ve got a strong military to back yourself up. On the one hand, this compares poorly to the genre giants – Civilization VI and Europa Universalis IV – both of which actively encourage you to look to alternatives to military conflict. Field of Glory does comes across as a little limited. On the other hand this focus on empire building through military might is appropriate to the era, so it’s hard to criticise the game for properly reflecting that. 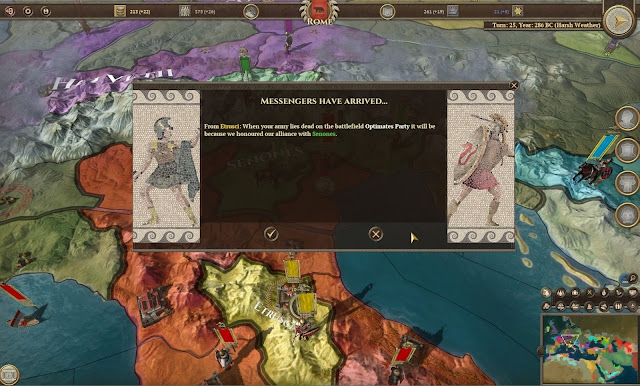 What is less forgivable is the interfaces and UI. Slitherine and developer AGEod do work on much lower budgets than Firaxis and Paradox Interactive, but nonetheless menu systems are clumsy and clunky, and the game has a habit of burying important pieces of information behind far too much poorly designed text. It took me a couple of hours of play to figure out simple things, like the economic impact that building new units was having, and how my resources are all being generated and balanced. Much of the time I simply learned through intuition and trial-and-error, rather than hunting out the specific details within the interface. I’m an experienced 4X player, too. A newer player might find the information dumps and presentation overwhelming.

Once you get going, however, the depth really is impressive. Building up regions and armies is where the real joy is in Field of Glory; there’s a wide range of different buildings and enhancements that you can make to every territory in your region, and most of them have both positive and negative impacts on the territory. You might choose to build farms to feed your people, for example, but that comes at the expense of “infrastructure”, which you need to be able to build these facilities quickly. Armies tend to have a large drain on the economy – especially in the turn that they’re “bought,” but one of the best ways to get cash coming in is to build facilities that generate decadence, which leads to all kinds of civil and discipline issues.

I loosely see 4X strategy titles as either additive, or balancing acts. By that I mean a game like Civilization is, for the most part, additive – you construct a building, and whatever negative impact it might have is far outstripped by the positive resources it contributes to your cause. Other 4X titles, however, have more significant tradeoffs, and you need to think carefully about how one building might affect resources in other ways. Field of Glory is more like the latter, and I do prefer the puzzle-like design of slowly building an empire up by making a smart series of these trade-offs. 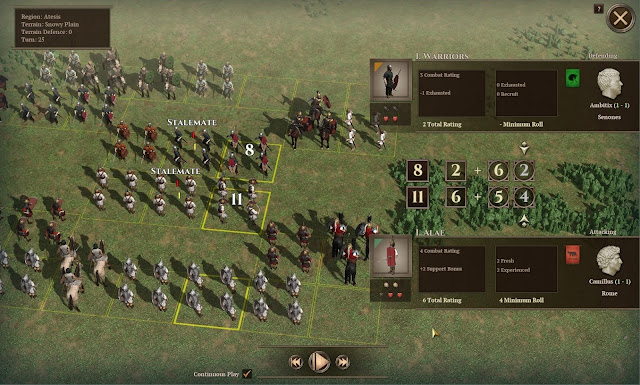 Building up armies and directing them around the map is one of the biggest joys of Field of Glory. Different factions naturally have access to different military resources, and as you’d expect from a purveyor of serious strategy, AGEod’s historical authenticity ensures that everything is authentic to the era. Who doesn’t like building a host of chariots for a glorious charge? Unfortunately Empires’ struggle to convey information well does bite a little here, too. Overall force strength is represented by little numbers underneath armies on the world map, but those numbers tend to fluctuate (based on a host of factors), and it can be difficult to work out exactly where things will stand before you’ve marched your units across a border to stage an invasion. In the end I found that the best strategy was to simply make sure you had overwhelming strength, regardless of the conditions that they would face, before attempting anything. This too is also appropriate to how military strategy tended to work through the era, but it would have been nice to have a greater breadth of information to base decisions on.

Still, as someone who generally prefers strategy to tactics in these historical wargames, I rarely bothered with the integration with Field of Glory II. Empires works as a standalone game on every level, and is more than deep and extended enough to sink dozens of hours into. I would have liked more scenarios to play with – in the base game you get a tutorial and a single global campaign, but there’s plenty of room for more of those to be added in later on. The single “proper” campaign in the game is so far-reaching that it’s more than sufficient in its own right. 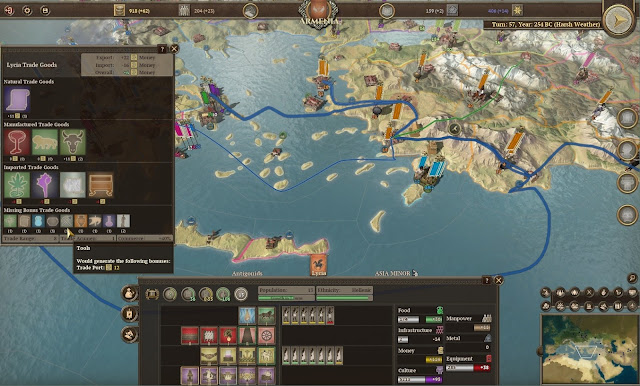 Strategically, Field of Glory: Empires is one of the more accessible 4X strategy titles out there. It’s not too demanding on the player around the diplomacy and trade side of things, allowing you to focus principally on the military strategy. The interface, sadly, will put anyone off who isn’t a wargaming veteran, but anyone who has an interest in ancient Rome and its military history should push through that, because they will get a kick out of Field of Glory: Empires. If only because you’ll be able to hand Hannibal the great victory and conquest the poor guy clearly deserved.