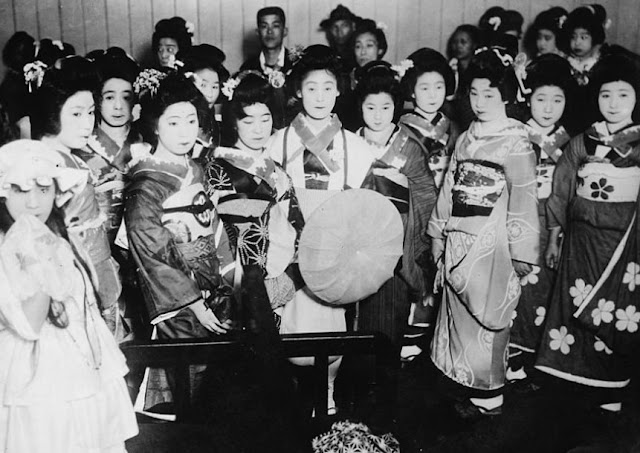 “After all, we won’t die normally on straw mats. In all probability we’ll be murdered when we least expect it. So if that time should come, never be confused or grieve over me. Even if we should be killed, we ourselves will be happy because we have always done what we felt was worth doing.”

Itō Noe is one of the most fascinating figures in modern Japanese history, and one that most people outside of Japan haven’t heard of. Indeed, many in Japan aren’t familiar with her either, as she existed on a fringe of “proper” society in her time, and one that was actively suppressed by the government forces of the time. Itō was a prominent feminist, at a time where women were expected to be house-bound child rearers. Itō’s parents went as far as to push her into an arranged marriage with the condition (which they thought was generous to her) that she be allowed to finish school. That Itō went from that lot in life, to flee the marriage and become the editor of one of the most influential and yet censored literary magazines for women is exactly the kind of story that makes for a passionate and dramatic work of historical fiction.

Itō was murdered, by police, when she was just 28 years old, but her life was a burning blaze of energy and activity for the short time she had. After escaping her first marriage, Itō would fall in love with her high school teacher, a fellow named Tsuji Jun, who was himself an incredibly important person within the various far-left literary and artistic movements (Tsuji brought Dadaism to Japan, was one of the nation’s first nihilist philosophers, and translated Max Stirner’s The Ego and Its Own). She would have two children with him, before embarking on a deep relationship with Ōsugi Sakae, a hugely prominent socialist who she never formally married, but had four further children with.

Those relationships helped to bring her to prominence within Japanese left wing circles, but what helped her stand out as a critical figure in Japanese feminism was her role with Seitō, an all-women’s literary magazine that was only in print for five years, but considered a centrepiece of the feminist movement in Japan. Seitō published poetry, stories, and other writings contributed by women, and found itself regularly banned by the authorities, whether it was for publishing erotic stories, daring to push non-conformist rhetoric such as the idea that women should marry for love, criticising the concept of ryōsai kenbo (“good wife and wise mother”) and calling for the legalisation of abortion in Japan.

It’s no surprise that such a publication, so frequently censored, would struggle to survive financially. Nonetheless, the five years that it was published helped to provide motivation to help push the feminist cause forward in the country, and as one of its editors Itō was right at the centre of it.

Beauty in Disarray is a historical novel and account of Itō’s life. Written by Harumi Setouchi (before she became a monk and changed her name to Jakucho) it offers an interesting blend of journalistic research and creative embellishment, but the line between the two is far more explicitly drawn than in many other historical fiction narratives. Some would perceive this to be a flaw of Setouchi’s writing style, but I found the consistent reminders that this was a novelisation of Itō’s life to be useful discourse – almost as though Setouchi is talking through her own mixed thoughts on Itō as she was flipping through her research and notes.

There are also times through Beauty in Disarray where Itō’s story takes a back seat, and you get the sense that for Setouchi, her interest in the Itō has as much to do with the world she was rebelling against, as it was about the person. “In that era when it was considered a woman’s virtue to hide behind the male,” Setouchi wrote. “…to submerge herself inside her family, and to never let out one single thing about herself, for a female to write unflinchingly about troubles with parents and husbands and mothers-in-law, or to boldly compose audacious love stories, or to create love poems from a married woman to another man was behavior already outside the frame of common sense and morality.”

And perhaps that is ultimately Itō’s fate in history – to be defined by her era and those around her, rather than who she was. At a time where women had no significant freedom, and were very much slaves to the proverbial kitchen, Itō created such a stir by redefining the relationship she could have with men, with parenthood and family, and with society. Japanese feminism has moved on to different areas of focus, because what Itō rebelled against has largely left Japanese society, but her importance to history should not be forgotten.

Accounts of Itō’s life are few and far between, particularly in English. Setouchi’s own novel was very nearly out of print until Amazon’s platform saved it. And, yes, there’s a certain irony in there, that the Kindle and subsequent tech giant platforms would become the most accessible way to read a highly sympathetic story of a socialist and feminist that sat at the very fringe of the far left, but nonetheless, this is a beautifully written and insightful look into a truly fascinating person.