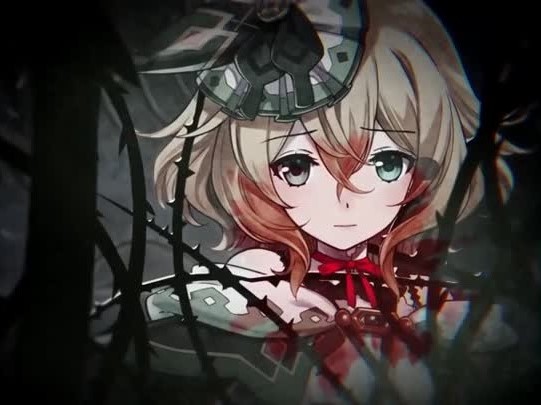 Earlier this year, Idea Factory released Death’s End re;Quest, which proved to be an impressive step in a bold direction for the publisher. Previously known principally for budget, fanservicey JRPGs that revelled in their B-grade nature, Death End built impressive depth in its narratives and themes to go with the fan service. The result was a game that was genuinely compelling. Dragon Star Varnir ratchets things up another notch again. This is a rich, mature bit of storytelling. It’s got its anime boobs and panty shots, yes, but it’s also an insightful and interesting appropriation of the fairy tale aesthetic and structure, and it backs that up with a cracking combat system.

Right from the start, Dragon Star Varnir makes its Grimm-style fairy tale roots quite explicit; we have here a world of feared witches, dark forests, and magic. Almost immediately, the game also adopts particular thematic concepts that were common to tales by the Brothers Grimm. As noted by Rebecca Cicalese in a paper on the socio-cultural context of the Grimm tales: “When one thinks of fairy tales, one imagines child friendly stories of kings and queens living happily ever after in their castles, surrounded by beautiful landscape and adorning servants. One does not imagine horrific violence in the tales being used to inform society about the evils of capitalism and commodity exchange, which is the tactic used by the Grimm Brothers. The fairy tales written by the Grimm Brothers were meant not for children, but for adults, in an effort to open their eyes to all that is happening within society.“

Dragon Star Varnir opens up in a similar context. The protagonists – the witches – are mercilessly hunted by the knights in shining armour for their supposed association with dragons, which are the monsters that plague the world. But this is all a lie. The knights belong to an elite order, portrayed as decadent in its wealth and religious hubris, while the witches represent a cursed (literally and figuratively) class that needs to contend not only with persecution from the elite, but also survival struggles within their own class. 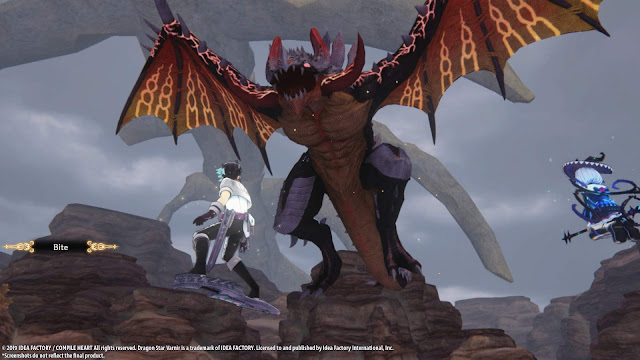 Witches need to consume dragon meat in order to survive. Those that don’t are driven insane. Those that do eventually have a dragon grow inside them and erupt out, killing them in a grisly metaphor for childbirth. In other words, the curse’s effect is to turn these women into a commodity – an inherently oppressive system that is built around using women for the benefit of others over themselves. This echoes another of Cicalese’s analysis of the Grimm tales: “In these fairy tales, society is based on the exchange value of objects, such as women, for other material possessions, which indicates that in a capitalistic society, women are only valuable as long as they can offer men some sort of service.”

The quest in Dragon Star Varnir is to understand the root cause of the curse and then break it, so that the women can become human and earn autonomy over their bodies. And so they (along with one male who becomes a “witch” after consuming some dragon blood early on), set off on a journey that, every step of the way, calls to mind not only the themes and storytelling of the Grimms, but also the aesthetics and tone that is so familiar to their work. The writers and artists at Idea Factory consistently demonstrate a deep understanding of this genre and tone, and use it as the backdrop to present some truly enjoyable characters. There are some twists and turns which are a little too projected and sometimes seem at odds with the core themes, and there’s the odd moment of throwaway nonsense that is in there in a laboured attempt to elicit a laugh, but for the most part, each character is fundamentally interesting and their plight is one that’s easy to sympathise with. I haven’t enjoyed simply following along with a cast of characters on their journey in an Idea Factory game quite as much as I have this one.

There are also elements of the sadism that Disney sanitised out of Grimm for its (now more famous) take on the fairy tales, and Dragon Star Varnir has its share of unsettling moments. It also has a strong fatalist streak, particularly early on, where the only “choice” that seems to be available to the characters is to either birth a dragon and die, or go insane and die. Of course, this is an Idea Factory game, so as we play along we assume that the heroes are going to figure out a way to break the back of the system and escape their fates, but it’s not without a few losses along the way, and moments where it would almost be too easy for the protagonists to just give up. 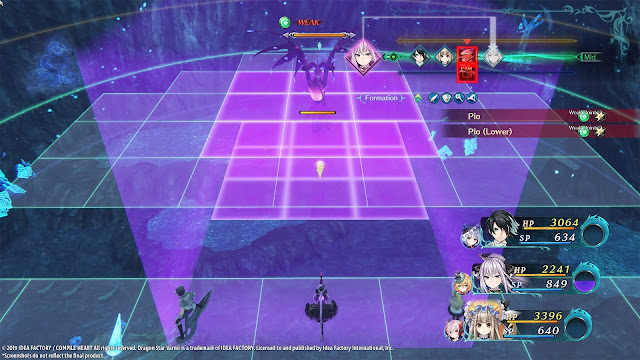 The storytelling is backed up with some superb visual design and a stand-out soundtrack. Idea Factory has always had talented character artists (and Dragon Star Varnir is further proof of that), but working on minuscule budgets has meant that its games have been creative visions with mundane execution. That’s different with this one. Environments are suitably creepy, the monster designs are gorgeous, and the world has a much more cohesive feel to it. On top of that, the music has that perfect dark whimsy to help reinforce the scene. The game still had a budget that’s only a fraction of what a Persona or Final Fantasy works with, but the compromises made in Dragon Star Varnir are less noticeable than we’ve ever seen before.

And all of this is before we even get to how the game plays! It’s been something of a bugbear in the past for Idea Factory. Fans sit through the combat because they enjoy the rest of the experience, and while it’s usually tolerable, that’s been the best we could hope for. Dragon Star Varnir is different, though. Dragon Star Varnir is a game I would have played just for the combat system.

Dragon Star Varnir’s combat is traditional and turn-based, except for one thing – it takes place on an extra axis. Just like 3D chess, there are three planes which characters can occupy – top, middle, and bottom – and on their turn characters can freely move between these planes. Some attacks can only hit enemies on the same plane as a character, while others (mostly magic attacks) can hit all kinds of combinations of rows and columns. This has two effects: firstly, it makes combat more tactical since it’s not unlike how tactics JRPGs make a feature of manoeuvring around. Secondly, it forces you to use a range of different abilities. 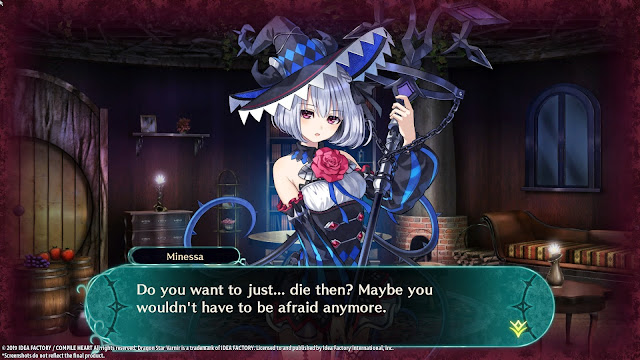 With some enemies you’ll be able to face off one-on-one. But with some groups you’ll need to use a wide range of area of effect abilities as well as attacks that can move enemies around. Imagine, for example, that one of your team is close to death, the enemy turn is imminent, and your active character doesn’t really have healing abilities. By pushing an enemy character to another plane, you might be able to protect that character by convincing the enemy to target a different ally instead. It’s little considerations such as that that help Dragon Star Varnir to remain fresh from the opening battle right through to the end. Each new battle brings a new strategic situation, and because you’re encouraged to use the full gamut of character skills and abilities that you acquire along the way, battles – even when you’re fighting to grind for experience – never become rote.

The only issue I have with the combat system is the way your characters can go super-powered. Each character builds up a meter through combat, and once it’s full, they transform into a super-powered version of themselves for a couple of turns. With the added benefit that they’re stripped down to having little more than Band-Aids covering the naughty bits. Unfortunately, this is automatic, and that means that if your character transforms when there’s only one weak enemy left, that transformation is wasted. More than a few times I waded into boss battles less than fully prepared because my characters all wasted their powerups in the battles before. That is, of course, assuming I didn’t miss the instructions on how to manually control this process. I don’t think I did, but Idea Factory has never been good at providing players with easy to follow instructions, so it is possible that I missed that along the way somewhere.

Regardless, that’s a minor criticism to what is a really quite brilliant game. There is fan service in there, and some people will look at that and the anime trappings and not be able to move past it, but underneath this exterior lies a heart that is in many ways the precise opposite of what you might be expecting. It’s almost – dare I say it – feminist in the critique it provides over the way that women are treated in this fairy tale world.

The Friday Ten: The best fan service on the Nintendo Switch