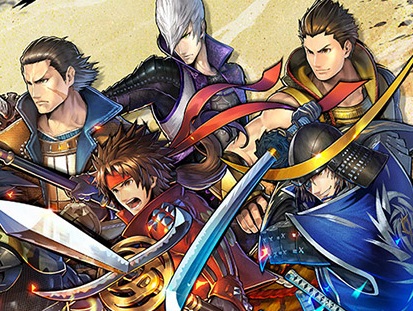 Capcom has announced that it is developing a Sengoku Basara mobile title. Titled “Sengoku Basara: Battle Party” it promises to be an action game in which you “put together their own own team of military commanders from the series and aim for the unification of Japan.”

If you’re not familiar with Sengoku Basara, it’s effectively Capcom’s attempt to compete with Koei Tecmo’s Samurai Warriors series. Also set during the Sengoku era (hense the title), the main series is much the same deal as Samurai Warriors: you take control of a single hero and then fight your way though thousands of enemies in re-creations of historical battles. The difference with Sengoku Basara is that it’s based on a manga, and so characters (and combat) is way, way over the top. How that will distill down to the mobile platforms is anyone’s guess, though it is worth noting that the effort to do a mobile version of Dynasty Warriors didn’t actually turn out so bad.

Sengoku Basara Battle Party launches in Japan in June. There’s no word on a western release at this stage. Capcom has usually been pretty good about localising its major mobile titles, but on the other hand, the mainline Sengoku Basara itself isn’t always given a localisation.

PlayStation State of Play – a bust? And we talk about spoilers! (Digitally Uploaded 2019, Episode #15)