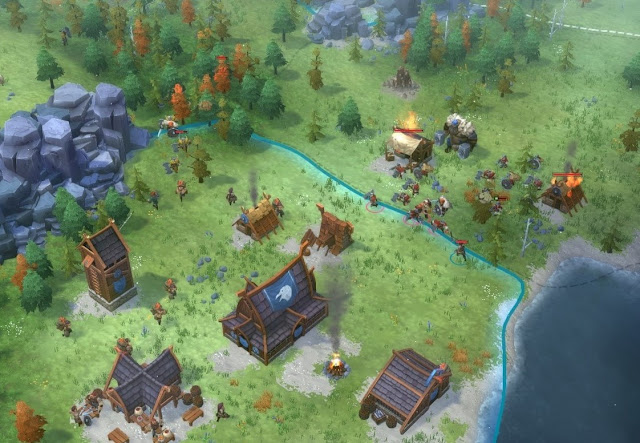 I’m always up for more strategy action on console. It’s a genre that does so well on PC, but we see so less frequently on our TV devices and handhelds, and yet, it usually works so well on handheld too. Anyway, we’re going to get a viking-themed RTS on PlayStation 4, Xbox One and Nintendo Switch soon enough, thanks to Shiro Games bringing Northgard to our devices.

Northgard’s console versions feature all the content found in the base Steam release, including the major Relics and Ragnarok updates: six clans, a lengthy campaign, co-operative and competitive online modes across a variety of maps featuring the apocalyptic-themed Ragnarok, ranked play, and much more. Shiro Games has crafted a controller layout that makes playing feel effortless, revamping the experience with a completely new user interface.