You will be able to get Joker for Smash Bros. Ultimate from today!

Joker, the protagonist of Person 5, is the newest addition to the Smash Bros. Ultimate roster, and he should be available right now, for a couple of dollars, as well as some costume elements taken from Persona and Sonic for your Mii fighter. You know what to do.

But that’s not all the Smash news we have to share! Nintendo has also released a new update for the game, which brings some major new features. This update, like all patches, is free.

You’ll be able to create your own stages now, with all kinds of elements to fight over. If for some reason the existing list of stages isn’t enough for you, then this will certainly add even more variety to your experience. Additionally, there’s all kinds of new video editing and sharing features to get creative with. Combined with the DLC, it’s safe to say this week has been the biggest week for Smash since launch.

Who doesn’t love Picross? No one sane, that’s who. Slowly building up pictures by solving a logic grid is a highly meditative, relaxing experience, much like sudoku or a good crossword puzzle is… and Jupiter has made an art form of it, which is why the announcement of Picross S3 for the Switch is great news.


In addition to hundreds of traditional Picross puzzles (and mega Picross puzzles, for people who wish to sit down and muse for a while… and end up with a detailed image at the other end), with Picross S3 there are 30 colour puzzles, which give you a new look on the formula, and then those pictures are animated when completed, as an extra treat.

This one releases on April 25. It’s exclusive to the Switch.

Gear up for the Death End Re;Quest PC version

Death End Re;Quest impressed us, as one of Idea Factory and Compile Heart’s deepest and most interesting JRPGs to date. Previously exclusive to the PlayStation 4, now there’s a PC version on the way. 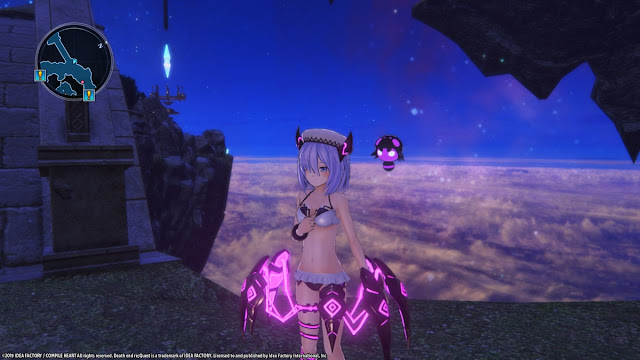 That version lands on May 16. It’s exactly the same game as the console version, though Idea Factory has also added traditional Chinese subtitles, to reach that audience. DLC and so on will also be released – yes, including swimsuits.

Be sure to check out our review of the game!

See Mortal Kombat XI on action on the Nintendo Switch

The poor old (or not so old) Switch has been overlooked for some of the big “blockbuster” fighters – SoulCalibur and Dead or Alive both skipped the platform. But Mortal Kombat XI, the upcoming gorefest, isn’t following suit. The question everyone was asking though, was what to expect from this port?


The good news is that it looks great, at least as far as this trailer goes. Mortal Kombat might be a 2D fighter, but with all the violence and blood effects, it’s still a game that’s going to push hardware. The Switch looks like it’ll be up to the task, with only some minor reductions in quality.

Mind you, this trailer is light on the gameplay content, and seems more interested in poking fun at the Cage family. Not that I’m opposed to that by any means. Either way, the game’s only a few days away now, so fingers crossed it is as essential as the previous MK was.