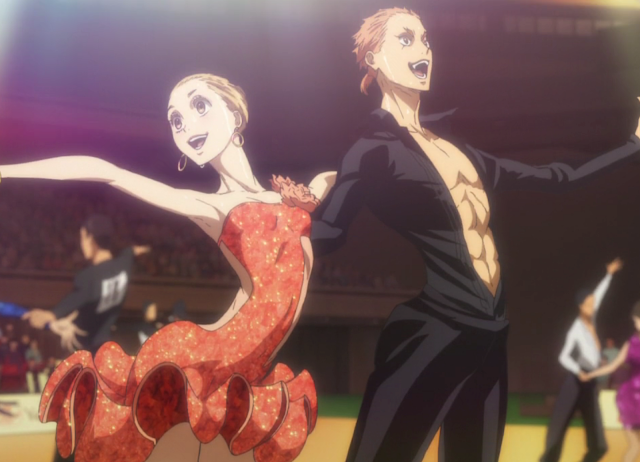 I love ballroom dancing. Of the list of things that I love (Japan, Japanese games, fan service, Hatsune Miku, all that good stuff), I think this is one that I haven’t talked about too much in the past, but I’m a very keen ballroom dancer and competitor.

Just as figure skaters have had the incredible anime, Yuri on Ice, to really show off their sport (while also being a delightfully sweet story about love between men), so too has ballroom dancing got not one, but two brilliant manga focused on the sport. I don’t think the ballroom dancing manga are anywhere near as well known as Yuri on Ice, but then that’s the point of this article! Allow me to introduce you to two of my favourite manga series in recent times.

Welcome to the Ballroom

Welcome to the Ballroom is nine volumes in now (in English), and has been popular enough to also have an anime produced of it, which you can find on Amazon’s streaming service. It’s a fairly classical sports-themed manga, being focused on the highs and lows of training and competition in the world of dancesport (competitive dancing), but that theme – of a niche sport that not a lot of people would be familiar with – helps it stand out and be a fascinating look into the world for laypeople.

Take, for example, the team dynamic. People from outside the dancesport world looking in tend to make assumptions about the nature of dancesport partnerships. The physical closeness of the dancers, especially, leads to assumptions that you’d never make about, say, a football team, or a tennis doubles pair. 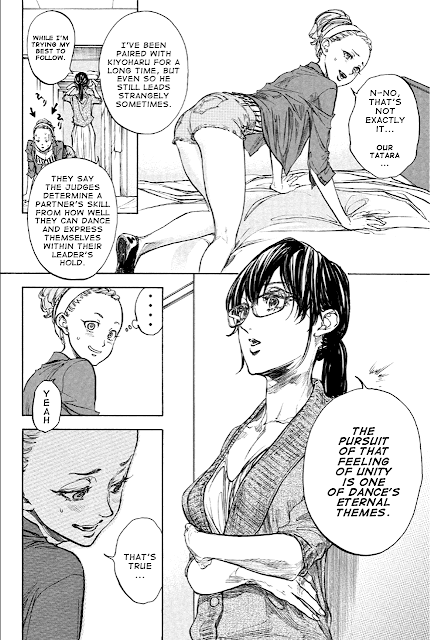 The reality is that dancesport partnerships are generally not also romantic partnerships, once you get past the hobbyists and start to look at the serious competitors. The nature of training is demanding and intense to the point that it’s incredibly difficult (read, nearly impossible) to also want to maintain a personal relationship with your dance partner. One of the things I love about Welcome to the Ballroom is that it doesn’t indulge those assumptions.

The manga’s protagonist, Tatara Fujita, has a couple of dance partners across the first couple of volumes, and each time it’s been a true sporting partnership – he starts out as a beginner and is paired up with experienced girls by his teachers, and he’s there to learn.

When Fujita does get a more permanent partner, Hiyama Chinatsu, there’s certainly the potential for the two to grow close, because they start out at one another’s throats, and we all know where that leads in so many other manga. But even if that does happen, it’ll be a side-story, much more than the relationships in Yuri on Ice are. The focus of the manga is firmly on how the couple will perform in the next competition.

For people who aren’t familiar with ballroom dancing, there are some technical terms thrown in – particularly during the competition scenes – which could, I suspect, be hard to follow. However, it’s wrapped in such a great sense of humour (particularly Fujita’s teacher, Sengoku, who is a wildly eccentric sensei, and does its best to make an insular world clear and in layman’s terms. 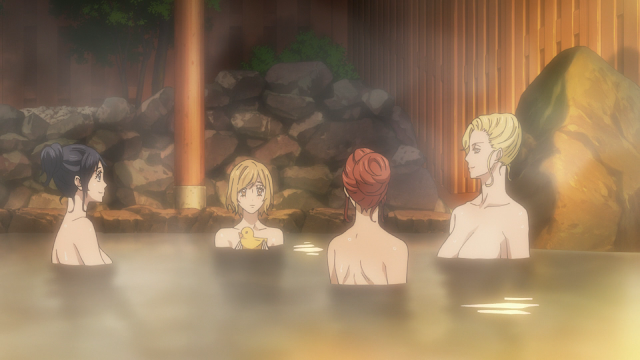 Most importantly, though, Welcome to the Ballroom tries so hard to dispel the idea that many have that the sport is stuffy and for oldies. It’s a manga about hot young things competing in a challenging, but rewarding sport, filled with glamour and energy. Sengoku isn’t just eccentric. He rocks the look when riding a bike. In the inevitable hot spring scene, the honed physique of serious dancers (dancing really is the greatest whole-body exercise you can find) is downright intimidating to everyone else.

For a sport that is often overlooked because of how its perceived, Welcome to the Ballroom is a lovely way for people to get an insight into what the world is really like, and the sport needs that.

This manga is so much more like Yuri on Ice. The localisation of it into English has only just now kicked off, but even one volume in, it’s a gorgeous little manga, and a lot of fun.

10 Dance tells the story of two male dancers; Sugiki Shinya, who is a specialist in the traditional ballroom style, and Suzuki Shinya (yes, they share the same given name), who’s better known for his latin ballroom skills. Initially these two have standard partnerships (i.e. with women), and compete within the standard dancesport world. 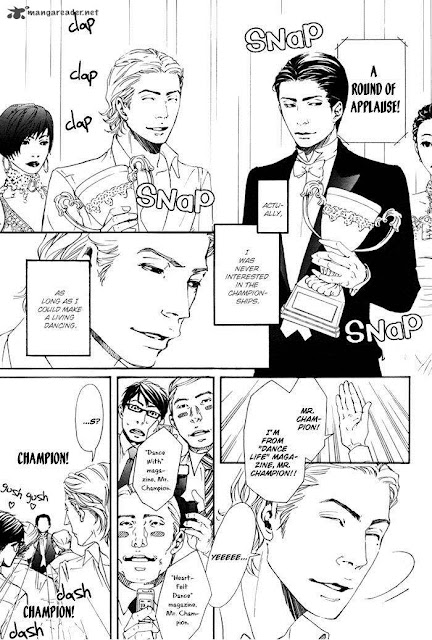 But then events conspire to bring them together, so they start dancing as a same-sex couple, working towards what is basically the Le Mans of dancesport – the ten dance competition. Now, in ballroom dancing, same sex dancing isn’t that uncommon (there’s a lot of LGTBIQ participation in ballroom dancing), but they have their own competitions and events distinct to mainstream dancesport. It’s rare for same-sex dancing to be pushed ahead like this. I have no idea if the boys will end up competing in mainstream competition together yet, but the manga seems to imply they will.

Like with Welcome to the Ballroom, the relationship between the men is purely that of a sports team at first, especially in the first volume, where they just come together. However, according to my wife (who’s read far further on in Japanese), with this one it’s far more obvious that Suzuki and Sugiki will develop a personal connection. That explains the art style, which is very much in the tradition of boy’s love manga, and the slightly less technical approach that the author has taken to the dancing itself.

Naturally, because I’m only one volume in with this one, I’ve got less of a sense of characters and setting. It’s an enjoyable, easy read, but I’m going to need a little more before I can really start to see how the characters compare to something like Yuri on Ice. Unlike with Welcome to the Ballroom, 10 Dance’s author has no background in dancesport, so this one is definitely coming more from a position of appreciation, rather than expertise. Still, it’s spot-on, and while there’s only two volumes in English so far, I’m looking forward to digging further in.

We’re going to try and do more coverage of anime and manga at DDNet going forward. It’s a natural fit for the kind of games that we prefer to play and cover, after all, and there’s a lot out there to talk about. I’ve been itching to write about the ballroom manga out there for a while now, and this was the perfect opportunity – if you’re in the mood for sports stories that are of more niche sports, then you can’t go wrong with these two.