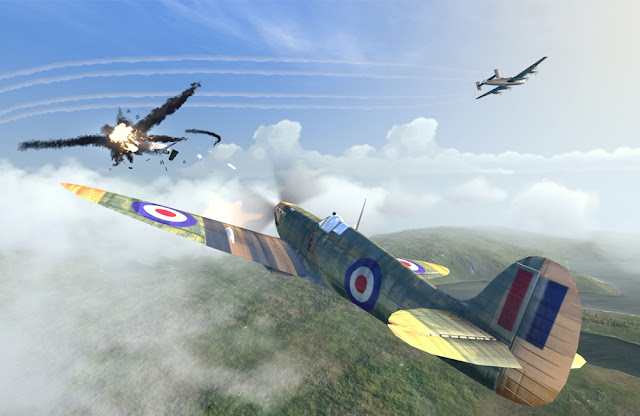 One of the side effects of the current mad rush to bring just about every game ever made to Nintendo Switch is the large number of “premium” versions of free-to-play mobile games. This can be a great thing, when the game was decent to begin with and proper care is taken to rebalance those free-to-play elements for the new “premium” price. But too often, this isn’t the case; you’ll get a game that wasn’t all that inspiring to begin with lifted directly from its free-to-play origins to the Switch.

Warplanes: WW2 Dogfight isn’t the worst such offender, but it’s still a game that does little to inspire anything more than short bursts of idle, mindless play. It takes a straightforward brief and delivers on that, but without any sort of bells and whistles.

You can (hopefully) guess from the title what Warplanes: WW2 Dogfight is all about: you take to the skies with any of a handful of different World War II planes to fight other planes, drop bombs, and protect allied bases. Three separate “campaigns” let you do all this from the perspective of either Great Britain, the USSR, or Germany, though there isn’t much of a story beyond “you’re the commander of a secret squadron” to propel you into an endless series of generic missions. 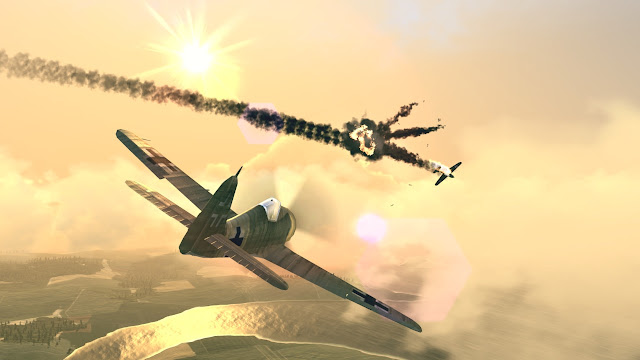 Successful completion of missions rewards with a few different currencies—gold, silver, fuel, and prestige—which you can then use to buy and upgrade planes, recruit and level up pilots, improve your base, and learn new “Commander skills” that provide passive benefits like increasing the spoils from each mission. That’s pretty much the extent of the game: jump into a mission, shoot down some enemies, use the spoils to upgrade your squad, then do it all gain.

In a mobile game, that sort of burst play works. That’s true of Switch, too, if you’re playing on short bus rides or as a brief distraction from other things. It doesn’t lend itself to any more extended play than that, though; when you play for a longer period of time, the limited mission variety and dull landscapes have a diminishing effect on any fun to be had. Ultimately, every mission is about shooting down a set number of enemies.

That would be fine if said enemies had any sort of AI worth mentioning, but they don’t. Despite the title, Warplanes: WW2 Dogfight doesn’t involve dogfighting so much as following an arrow to the nearest target, holding down the fire button until it goes down, and then moving onto the next. Sometimes—though far less often than you’d expect for a game built entirely around aerial battles—the enemies will fight back, though avoiding the gunfire comes down to luck more than anything else. Even in the most agile planes, there isn’t much scope for evasive maneuvers or skilful piloting; the most you can really hope for is a tighter turning radius. 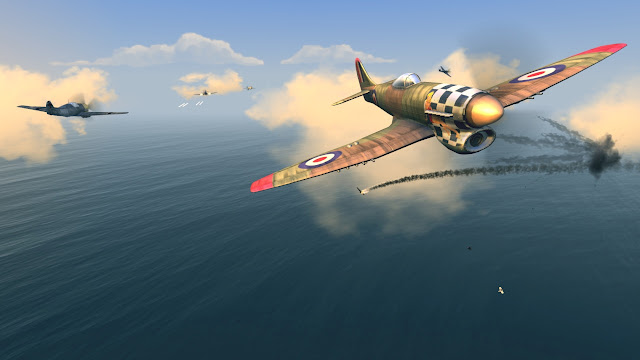 Shooting down those enemies is itself a trivial matter thanks to the lock-on system. So long as an enemy is in range, you can hold ZL to lock onto it, which doesn’t just assist with aiming your guns but effectively sets up a sort of auto-pilot. Lock on, and you’ll stay on the target’s tail without the need for any additional inputs, and your bullets will almost always fly true.

This is better than the alternative, though. Warplanes: WW2 Dogfight’s limited maneuverability and fiddly hit detection make manual aiming little more than exercise in frustration. If it’s a choice between trivial or needlessly tedious, I’ll take trivial every time. (For any masochists out there, there’s also a “hardcore mode” that disables auto-aim entirely.)

I’ll say this about Warplanes: WW2 Dogfight, though: the squadron feature is neat. Usually in these sorts of flight combat games, you pick the plane you want to take out for the next mission and then that’s what you’re stuck with. Warplanes, on the other hand, frames you as the leader of a squadron, and with that comes the ability to take a whole squad of planes out and switch between them on the fly. It would be better if the game did more with it—so long as you have at least one fighter and at least one bomber, you’ve generally got all bases covered—but it’s a nice idea all the same. 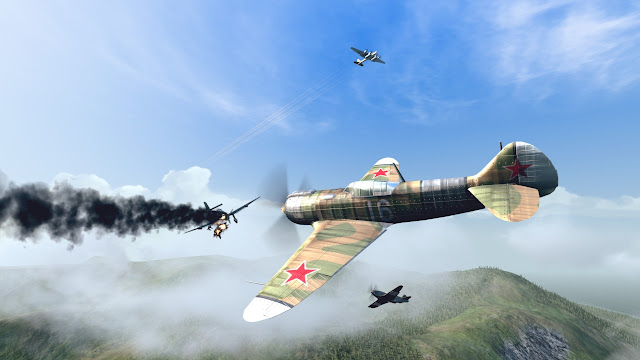 I also have to say that Warplanes is better than many when it comes to rebalancing its free-to-play economy. It’s a grindy game by nature, but it never felt to me like it the cost of upgrades were excessive or a leftover from a free-to-play game trying to encourage spending. The Switch version also gives you unlimited access to premium missions, which were an optional paid extra in the mobile version that give slightly better rewards. If you’re going to switch from free-to-play to premium in making the jump to Switch, this is the way to do it.

That said, Warplanes: WW2 Dogfight still doesn’t have a lot to offer. Its simplistic combat and dull mission structures mean it quickly runs out of steam for anything other than quick bursts of play, and the Switch has plenty of games that can fill that need in a far more compelling way.

Two brilliant manga about ballroom dancing you should read