I wouldn’t exactly say Castle Crashers is the greatest game ever, but I have some very fond multiplayer memories from years ago when I played on the Xbox 360. Needless to say, when the following two images popped up on The Behemoth’s Twitter account, I was beyond psyched.

More information will be released tomorrow, so stay tuned for more info in the next catch-up!

I mean, who has EVER said, “Hmmm, there’s a lack of mutant soap opera video games available”? I suppose the developer of Mutazione, Die Gute Fabrik, did at some point. And I am eternally grateful. Check out the trailer:

The title promises small-town gossip meets the supernatural. I grew up on a British soap (shoutout to all the Corrie fans across the world!) so I’m all about soapy drama, especially when it’s important to the gameplay. Over a century ago, a meteor struck a tropical resort. The survivors remained in the mutated environment where the gardens are musical and scenic hangouts are as plentiful as the secrets. Protagonist Kai travels to this village to aid her ill grandfather, and perhaps secrets about the special village with a dark undercurrent.

Mutazione will be released for PC and PlayStation 4 later this year.

Originally released for PC in early 2017 and for the Nintendo Switch in mid-2018, Alwa’s Awakening will be making it’s PlayStation 4 debut this week. 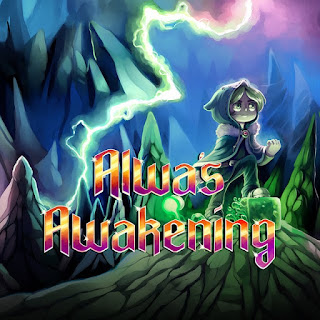 The game is very obviously a nod to NES-era adventure games, which is a large part of the reason why it makes me perk up. You play as Zoe, sent to another world, equipped with only a magic staff. Don’t expect big flashing arrows to tell you what to do; it’s up to the player to find their way.

Alwa’s Adventure will be released for the PS4 on March 21.

No Man’s Sky next update titled, due out this summer

There’s a pattern to Hello Games’ announcements, as the developer tends to become very, very quiet for months and then boom! it hits us with a giant (and free) update. Welcome to Beyond.

Beyond began as three smaller updates. However, the developer decided to interweave their features versus releasing each separately. The first part is No Man’s Sky Online. It includes new social and multiplayer experience that encourages players to get out and meet each other in-game.

That’s all we know so far, but how exciting is this?! Matt adored No Man’s Sky (read the review here!) when it was first released, but other critics and players were… harsh, to say the least. Somehow, Hello Games has managed to make up for that, and I’ve seen people who said they’d never touch it becomes immersed in the worlds created.