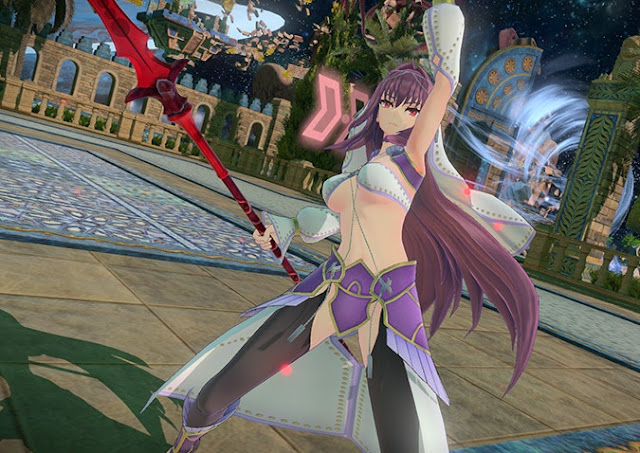 It must be difficult making one of those “1 vs 1,000” action games, in the vein of Koei Tecmo’s Dynasty Warriors series. They obviously sell well enough (because Koei keeps making them), but so few developers even try, much less approach the quality of what Koei Tecmo itself achieves. The original Fate/Extella was a decent enough attempt, all told… but with Fate/Extella Link, the developers have achieved something quite special, and delivered a game that is very much on par with the best of Koei.

Type-Moon hit on something huge with the Fate series, from as far back as Fate/Stay Night. I doubt anyone who worked on that original visual novel expected that the humble adult game (sex scenes, naked Rin Tohsaka, and all) would spin out into a major media property, spanning anime, multiple mega-hit video games, and the second-largest range of collectible figures this side of Funko Pop (and unlike Funko Pop, Fate figures are actually good). In hindsight the series popularity isn’t really that surprising, though. Casing legendary heroes and monsters from across history and mythology, and throwing them into epic battles to the death was always going to be a recipe that tickled the imagination.

It also makes for a perfect fit with the Dynasty Warriors-like action gameplay. Each hero within the lore is monstrously powerful, and certainly capable of mowing down thousands of common peons, and then the combat would explode in massive fireworks when these heroes clashed with one another. The narrative context doesn’t need to be any more complex than that – and indeed, that’s why the original Fate/Stay Night was such a compelling story – it was just a matter of these great heroes from history descending on the earth for their shattering duels. Unfortunately both Fate/Extella Link and its predecessor decide to complicate things by setting the world – and its battles – within a computer simulation that the heroes have been uploaded into for some reason (and the servers are located on the moon for some other reason). It’s nonsense context that is unnecessary and doesn’t do anything to enhance the story of Fate. Frankly, I would have preferred a simple re-telling of the basic story behind Fate/Stay Night, with additional scenarios written in to cover the characters that didn’t show up in that original anime. 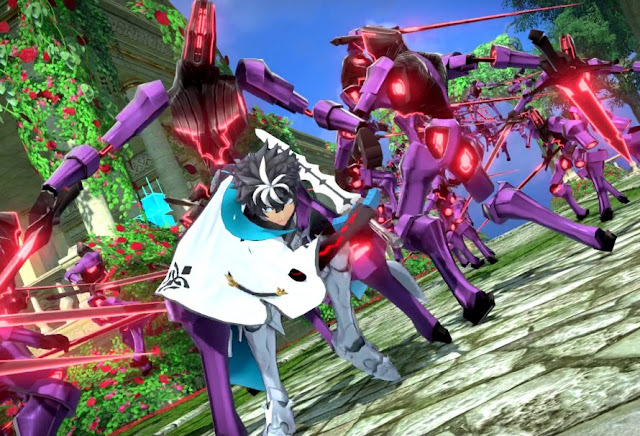 Nonetheless the story context is enjoyable enough for what it is, and it’s secondary to the characters anyway. As with its predecessor, Fate/Extella Link’s main goal through its storytelling is to give you an intimate access to your favourite characters. What is new to Link is a hub area that you can explore and unwind in between levels. It’s a simple, small addition to the formula, but by replacing the dry menus of the original Fate/Extella with a space you can explore and interact with characters in (as well as take on side missions to help deepen your bond with them), there’s a better sense of organic connectedness in the world of Fate/Extella Link and the characters you meet along the way. The interactions that you have with the characters is often surprisingly in-depth, too. Type-Moon hasn’t lost its penchant for visual novels, and there is a lot of “reading” to do through Fate/Extella Link. Thankfully, with the creator of Fate/Stay Night (Kinoko Nasu) involved in the project, the characterisation is so on point in depicting vibrant, varied characters, that the visual novel stuff is genuinely worth looking forward to.

And then you’ll want to hit up your anime store to buy up a load of figures, and that’s okay, too. Any single example of the Fate franchise is a delivery mechanism to other parts of the Fate universe. It’s a deep rabbit hole to dive into, but one that is rewarding, and if any anime property does deserve to be a hobby in its own right, it’s Fate (well, Fate and Gundam).

The roster is a large one, too. All sixteen of the original heroes of Fate/Extella return, and there are ten new faces to lead into battle, too. From leading lady, Saber, herself, through to the wickedly adorable Elizabeth Bathory, and series newcomers such as Francis Drake and Scathach, each character has their own amusing quirks, and their own unique approach to combat. This isn’t a matter of some being more spectacular than others, because they are all spectacular; Fate/Extella Link gives you 26 of the best to play around with. 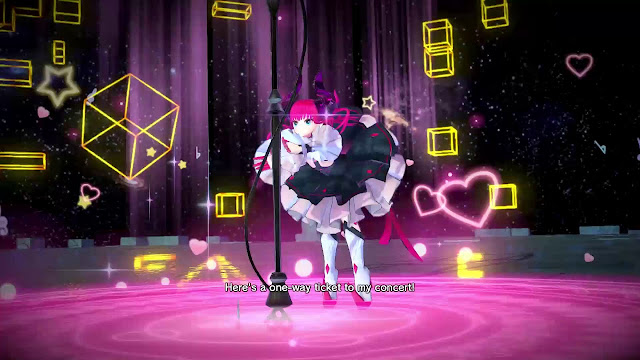 The core gameplay loops haven’t changed that much from their predecessor. Each level is broken up into a number of smaller “rooms”, and you need to move from room to room, killing enemies and bosses until you capture the “room” and turn it to your side. At the same time, the enemy will be trying to do the same thing, so there’s a lot of on-the-fly strategy involved in Fate/Stay Link as you alternate between going on the attack, and scampering back to shore up defences.

This will be more familiar to fans of the older Dynasty Warriors titles than the newer ones. As Koei Tecmo has steadily pushed further towards offering continuous battlegrounds (to the point where, which Dynasty Warriors 9, the series went full open-world), it’s easy to forget that in the early days of the series battlegrounds consisted of small “rooms” to move between. It lacks the epic sense of scope, but it has been used well by the developer of Fate/Extella Link to give what is a very pacey action game that sense of strategic depth too.

What is most decidedly not old school Warriors is Fate/Extella Link’s combat system, which is fast, fluid, and spectacular. Each character has access to a wide range of special attacks, and can string them together quickly, as cooldowns are short and designed such that you can string them together with minimal disruption. Basic enemies and the room bosses that you need to defeat to “capture” a room aren’t overly intimidating, for the most part, and sparse use of specials is enough to carve on through them. Rival heroes, however, have huge amounts of health, and require that you have absolute mastery over timing and attack flow. With your opponent using their own attacks, these duels are spectacular in the fireworks and energy. 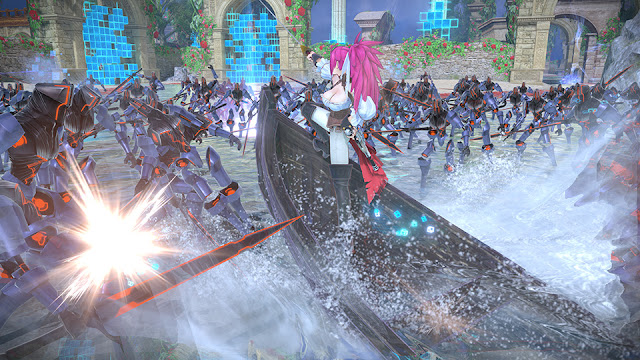 The one thing I wasn’t able to test out prior to review is, sadly, one of the most exciting additions to Fate/Extella Link – 4 vs 4 online battles. Koei Tecmo has generally offered a pretty good co-operative experience with its Warriors series, but the rare time that it has given competitive play a crack, it’s been an utter failure. Fate/Extella Link will be an essential action game for Warriors fans even if this 4 vs 4 battle mode falls flat, but if it turns out to be something good… well, that will be something to celebrate.

Fate/Extella Link is a delight. It takes beloved characters from a beloved anime franchise, and then appropriates the Koei Tecmo Warriors gameplay structure with such style and panache that Koei should be taking some notes itself. If only the developers hadn’t gone with the ham-fisted sci-fi elements. Fate doesn’t need that stuff.