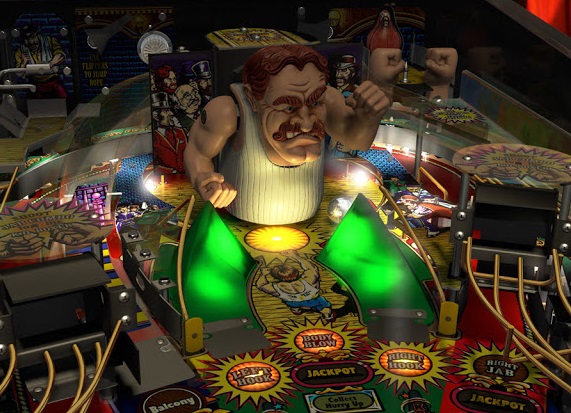 Zen Studios is once again working its pinball magic, this time with yet more classic real pinball in Pinball FX3: Williams Pinball: Volume 3. This mix of nostalgic pinball action and the modern appeal of video game magic comes together beautifully for pinball fanatics such as myself.

The timing of this release could not be any better. I have been spending a fair amount of time at a couple of local ‘barcades’ lately (think old school pinball and arcade machines while drinking beers and 80’s themed mixed drinks), and a lot of my time has been spent on the pinball machines in particular. As such, it was easy for this third volume in the Williams series to strike the right notes with me almost right out of the gates.

I will start with Safecracker, which is probably my favourite of the three tables in this offering, simply because it is such a unique table. The primary gimmick here is that you don’t run out of balls – you run out of time (to crack the safe, naturally). There are things you can do on the table to extend that time and there is an almost board game-like design at play in the game in terms of how you can advance your thief. It’s probably not the best-balanced table ever, but this is a really unique take on the formula and worth a play just for that reason. 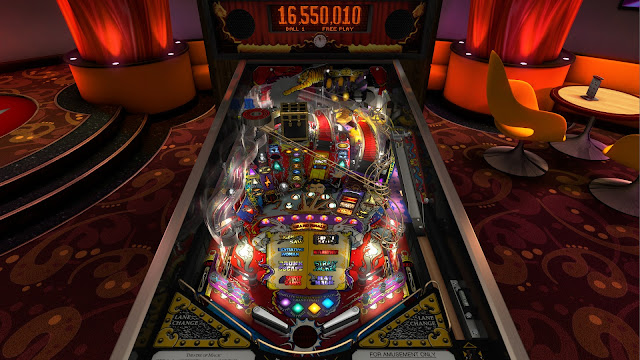 My least favourite of the three tables is The Champion Pub. The theme is amusing – you are trying to punch out your opponent by completing different objectives on the table itself. Again, it tries to be unique and a bit gimmicky, but Safecracker pulls that it off better. The sound effects on The Champion Pub don’t really help matters, as they can be both a bit grating and repetitive. The pacing of this table is fast, which I suspect will appeal to those who like their tables fast and furious.

Of these three tables, the only one I have played in real-life previously is Theater of Magic. This is probably the most traditional of the three tables in how it plays and the how scores accumulate. Having actually played this one in person in the past several times, I can actually compare the real experience to the digital version, and it’s impressive how effectively Zen Studios has done that.

All three tables are solidly entertaining, and I definitely appreciate that they can be viewed through a pair of different lenses. They can be seen in their classic modes – so you are seeing things digitally recreated from the original tables quite faithfully. However, there is a remastered mode as well that gives you updated visuals and more of the animations that Zen Studios is well-known for. In a way, these Williams games are an interesting choice for the Zen Studios ecosystem, because the Zen Pinball / Pinball FX games have leaned on the creativity allowed by the video game platform to do things you simply would not see in an actual pinball table. To see that the studio can in fact take an existing table and faithfully recreate it shows off how talents the team is because they are able to approach these games from a variety of different directions. 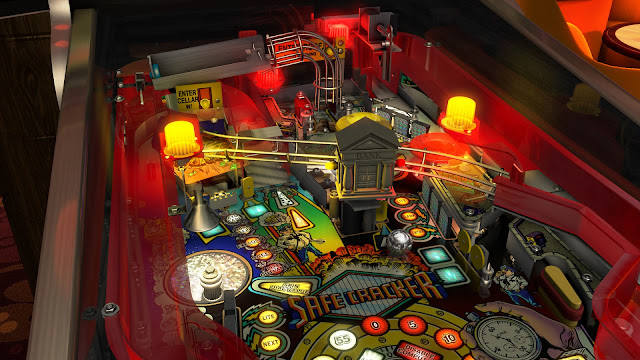 All of the standard options that I have come to expect from the FX3 series are still in play here as well. You still gain experience, you can unlock different options that can lead to skill multipliers and that sense of progression persists on these classic offerings as well. I will say that I found a couple of the experience gains a bit odd or quick compared to usual. One table kept giving me multiball experience improvements despite not having a multiball actively on the table and a different table sure seemed to give me travel distance experience quickly as well. It doesn’t break the game, but it was a little odd to me.

While the Pinball FX3: Williams Pinball: Volume 3 is not the best of what Zen Studios has to offer, this has been my favourite of the three Williams sets so far. The tables all have interesting twists that make them unique from one another and they are faithful recreations of real-world tables.