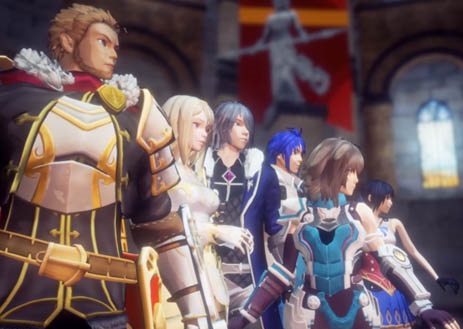 The first AeternoBlade, but Thai developer/publisher Corecell Technologies, didn’t exactly set the world on fire, but you could see that the ideas behind the game were both noble and sound.

The sequel to AeternoBlade, AeternoBlade 2, has been in development for a long time now, and it looks like there’s a way to go for it too, with the release window shifting from a “Q1, 2019” release to “TBD.” It looks like it’s been quite the journey for the developer to get this one made, with it having gone through an unsuccessful crowdfunding attempt and been in development for years.

There’s hope yet. Corecell has released some new footage of the game’s combat system, and it does look like it’s a substantial step up from its predecessor. Environments and character models are much better and more detailed, too.

I’ve got this one on my radar. It’d be a miracle if it turned out to be some kind of must-play masterpiece, but that doesn’t mean it won’t be good fun. If nothing else, it’s testament to the developer’s passion for the project that the team has managed to keep driving it forward through all the missteps along the way, and it’s great to see more games emerging from Thailand.

The hyper-fanservicey Gun Gun Pixies is coming to Nintendo Switch