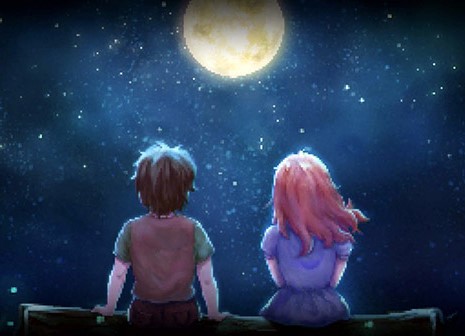 To The Moon is one of the most brilliant – and yet entirely humble – games that has ever been produced. It was a made in RPG Maker that eschewed the RPG elements to instead use those sprites and pixel graphics to tell a near-perfect story of love and loss… and in doing so became something quite special indeed.

Since its release back in 2011, it has been regularly celebrated for being one of the greatest examples of what can be achieved through narrative in a video game, and now, courtesy of X.D. Network, as well as the original developer, Freebird Games, it’s also coming to Nintendo Switch.

As the Switch can’t run games made in RPG Maker from back then, the Switch version of To The Moon will be a complete remake, in that it will be taking the original art work and rebuilding it all in Unity. That’s not something that’s going to concern most players (since the game itself will be the same experience), but it’s neat to know how much effort is going into making this work on the console.

There’s a teaser trailer too (below), and we actually covered this game on DDNet way, way, way back when the site was quite new, so why not have a read for more information on this powerful game? It releases on its new home in summer (winter for Aussies/New Zealanders/those in the southern hemisphere).