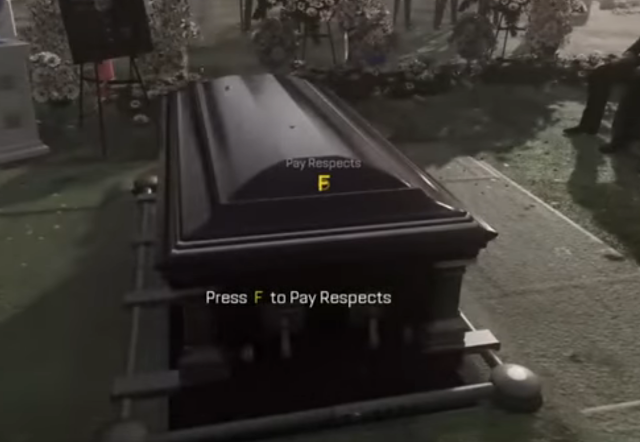 Everyone loves to rip on Activision Blizzard, and this morning, as the company shared its financial results and updated shareholders on its strategy, the entire games industry was handed a real gift for that collective hobby. “Activision Blizzard reports historic earnings among big layoffs” the headlines gleefully wrote. You could just see the journalists and headline writers saying “Got ’em,” to that breaking news.

“Our audience is going to love getting angry about this.”

And we should be angry at Activision Blizzard for it. The company represents everything wrong with capitalism, packaged up in a way that, beyond the job losses and lives ruined, is bad for the very idea that video games are an art form.

It has actually been a very (very) good year for Activision Blizzard. The company generated $7.5 billion in revenue in 2018. That’s a record for the company. But it was also lower than the financial analysts were expecting, which pushed the stock price down, and led CEO, Bobby Kotick, to note “While our financial results for 2018 were the best in our history, we didn’t realize our full potential.”

This has in turn caused Activision Blizzard to behave like the sky’s falling in. The company has decided to double down on the stuff that is proven to be the most commercially successful, and de-emphasise anything that isn’t generating mega profits. As the financial report states: “The company will fund this greater investment by de-prioritizing initiatives that are not meeting expectations and reducing certain non-development and administrative-related costs across the business. The company is also integrating its global and regional sales and go-to-market, partnerships, and sponsorships capabilities.”

The sheer hubris that Activision goes about its business with is truly offensive, and social media platforms like Twitter predictably went into a meltdown about this. Many other corporations were quick to announce just how many people they’re hiring (which is the most capitalistic and self-interested way to be lauded a hero of the people, but it’s good that there are plenty of jobs out there for the laid off Activision staff), and the condemnation for Activision’s actions are almost universal.

But, of course, no one’s actually going to punish Activision for this. It’s one thing to write a Tweet about how scummy Activision is and how you hope all the staff that have had their lives disrupted by the scummy Activision get a job soon. You can even put a heart emoticon (<3) in there for extra emphasis and to show how sincere you are. But the only criticism that Activision would actually acknowledge is a drop in sales, and for most of the Twitter solidarity crew, that’s going a bit far. After all, that would mean they miss out on playing a video game.

It happens time and time again. People claim to be angry at a company. EA gets voted “the worst company in America” year after year. In fact, EA was voted the worst company in America in the same year that banks, through outright illegal behaviour, caused the GFC and completely ruined the lives of uncountable numbers of people. That’s how angry people supposedly were about EA (from memory it was because EA messed up Sim City that year). And yet, then EA releases Battlefield or FIFA and players scramble over one another to get in on that action.

It’s not even the only example of people getting furious at EA and then supporting it entirely. Consumers were so angry at EA for predatory loot box mechanics in that Star Wars game that they… then went and pre-ordered Anthem and are now obsessively playing that silly “battle royale” game from the Titanfall developer. Like EA, Activision Blizzard has been a terrible company for years, and people have talked about how terrible it is for years, but if you think they’re actually going to be punished for that… well, the company did just clock $7.5 billion in revenue.

So much for consumer anger.

It can be hard to do, I know. I’m weighing whether I’ll play (and/or review) the Activision-published Sekiro. I think I will, because Sekiro is a FromSoftware developed game, and that developer doesn’t deserve to be punished for Activision Blizzard’s behaviour. Furthermore, based on Kotick’s stated goal of doubling down on internal, high-performing properties, it sounds like third party publishing deals like Sekiro are on the outer with Activision Blizzard, and it would be great to prove to Activision that third party publishing is a valuable way to diversify a company’s portfolio and leave it in a healthier commercial position (ultimately leading to jobs being saved at the company itself).

But Sekiro is an outlier, and I’m still actively thinking about the impact of what my time and money tell a company like Activision. I won’t be playing any of Activision Blizzard’s internally developed properties this year, at least, because I am genuinely angry about the way it has treated its staff, and the games industry as a whole. It’s a stand worth taking.

(At the very least, if you absolutely must play Activision games, at least campaign for and demand that the game development industry unionise, so that there can be some kind of pushback against the excesses of the EA/ Activision corporate approach – there’s an excellent article on Polygon on the need for unionisation).