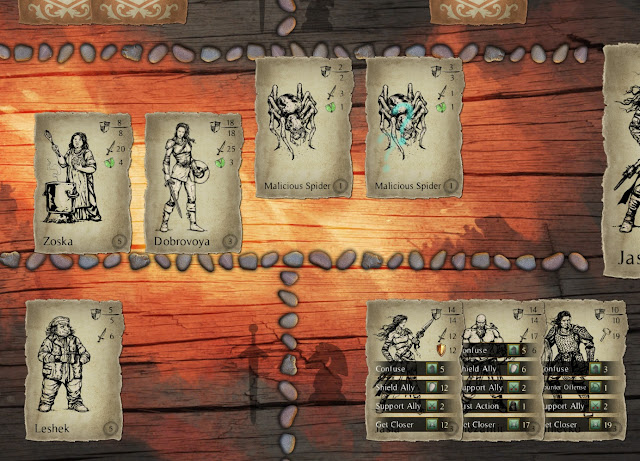 Thea: The Awakening is one of the most impressive indie titles from recent years, and it has found an ideal platform on the Nintendo Switch. It’s a game that deftly moves between so many genres that it defies any attempt to pigeonhole it, but if you were to describe it as an RPG, blended with some light Civilization-style strategy, and a card game combat system, then you’d be on track.

Related reading: Our review of Thea on its release on PlayStation 4

In Thea, you start out with a single small village, and two groups of people; one group of people stay in the village to improve its facilities and turn raw materials into clothing, buildings, tools, weaponry and proper meals. The other group is an exploration unit that goes out into the fog-shrouded world, completing quests for the denizens that inhabit it, while fighting off the hordes of skeletons, spiders, orcs and worse that they come across.

The most immediately impressive thing about Thea is the one element you probably didn’t expect to care about going in; the storytelling. Encounters with non-hostile (and some hostile) forces on your journey can lead to all kinds of unexpected events, and rooted in Slavic mythology and stories that it is, Thea genuinely feels like some kind of cultural artefact. Where The Witcher – often heralded as the game that really champions a mythology that is generally exotic and under appreciated in the world – often comes across as too homogenised to really work as Slavic mythology. Thea: The Awakening, on the other hand, is much more focused. That comes at the expense of accessibility at times, as there’s less of the familiar for those of us that aren’t as familiar with the source material, but certainly the game does a great job of making me want to learn more. 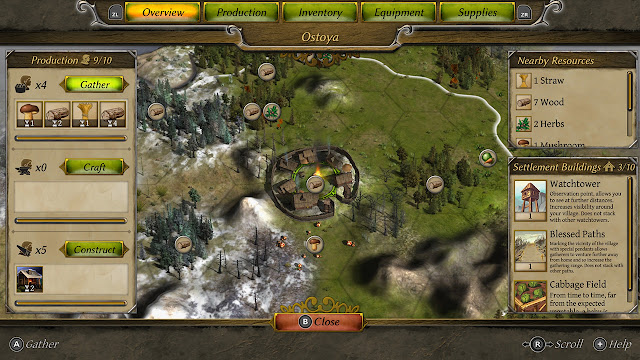 Once combat has been joined, Thea offers up a difficult to explain, but easy to learn, combat system. For each member in the “unit”, players are given a card representing that character, with the character having attack and defence abilities, and special talents, based on their equipment and combat abilities. Then, you need to array those characters against the opponent, using special abilities to modify outcomes, while ordering them in such a way that you can defeat your opponents before they can defeat you. It’s a highly strategic and enjoyable system, and a very clever way of making the most of limited development resources (that would have restricted a more full-featured tactical combat system, let alone an action combat system).

Many encounters can be resolved in non-combat ways, too, and it’s possible (and, indeed, critical) in the later stages of the game to form units that are focused on stealth, diplomacy, and other skill sets. Those non-combat resolutions work much like a combat sequences, but the strength of the opponents will vary, and the rewards and consequences for victory and failure, respectively, will be different. This is where Thea works best as an RPG; it really does feel like you’ve got a lot of control in terms of how you go about surviving in the world, and designing your characters and forces to take on the challenges that it offers.

Thea generally looks understated – like a downbeat Civilization might, though on the Nintendo Switch, the relative lack of detail isn’t noticeable (nor, really, noteworthy). Naturally, environments are randomised, and at times this does mean you’ll be walloped from the outset from stuff that you don’t really have a hope of countering, though this happens mercifully rarely, and the game does a good job of balancing so that the challenge level escalates as your abilities should. With that being said, Thea has no problem with challenging you, either. It’s entirely possible that your characters in expeditions will be killed if you’re too active in getting them into combat, and settlements tend to be far away when bad stuff tends to happen. There’s a sense that the developers of Thea wanted players to feel like they were participating in a grim fantasy, where nature and the wilds dominate over humanity, and that’s certainly something that the team achieved with the game. 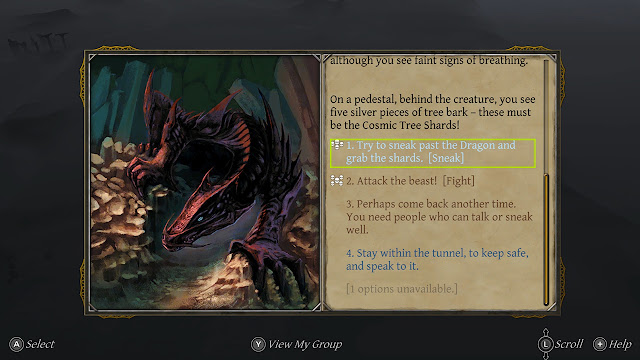 The only real issue with Thea is its pacing, particularly early on in the game. The Civilization-like elements only really start to come into play hours after the start, and those early hours, where you’ll almost certainly be stuck with a single exploration unit and a single village, feel aimless and directionless. The exploration unit will spend turn after turn fighting against low-level enemies, that nonetheless swarm around, while back in the village you’ll be producing the same basic resources over and over and over again, with very little else to do.

Related reading: An interview with the developer of Thea: The Awakening

As things pick up Thea becomes far more interesting and strategy starts to play a role in conjunction with the tactical side of things. You’ll also come across more difficult challenges, and the real narrative arc will start to make itself felt. In practice this isn’t any different to a pen-and-paper RPG, when you’re floundering around fighting low-level goblins in Dungeons & Dragons or similar, and if Thea were a pure-play RPG, that would be fine. Unfortunately, it juggles multiple genres, and irregularly enough that there’s some tonal shifts that make the game feel a little esoteric at times.

Still, Thea: The Awakening is good. Very, very good, and where something like Civilization is hard to play in short bursts, Thea is an ideal title for train trips and the like. I have no idea how the team has handled the sequel (currently in Early Access on Steam), but with this first one, there is a superb foundation here for what could become one truly special franchise.