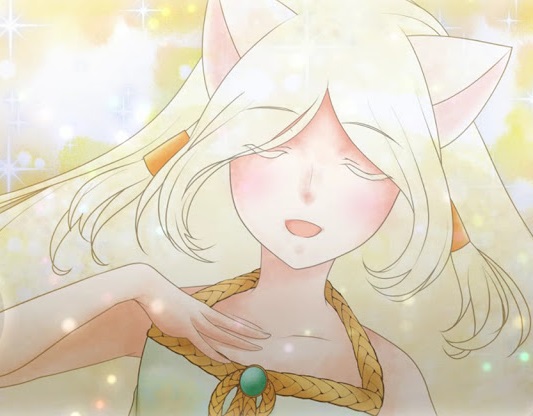 Myana is the princess of Laarz, a nation of cat-people (“luccretias”) who live in near isolation. Ludovic is an aloof king’s guard in Eroolia, a human kingdom with a long history of tension with Laarz. The two hardly seem like a perfect match, but the fates work in mysterious ways; after almost coming to blows at their first meeting amid peace talks between Eroolia and Laarz, Myana and Ludovic find themselves increasingly find themselves drawn together.

But theirs is a complicated romance. Despite the best intentions of their leaders to sow peace, many humans still show disdain and distrust for luccretias (and vice versa)—something Myana witnesses firsthand during her diplomatic mission to Eroolia. Worse still, there’s a band of “anti-luccretias” who want nothing more than to stop the peace deal from going through, and it seems Ludovic is their leader.

It’s a simple and familiar tale in a lot of ways, but one that’s delivered well through How to Sing to Open Your Heart. You play as Myana amid this peacemaking journey, with your dialogue choices determining which of the two main story routes you wind up on. Unlike many a romance visual novel, those choices aren’t about winning the heart of your love; rather, they lead to different approaches in Myana’s investigation into the anti-luccretias. Hooking up with Ludovic is a given, whichever path you take. 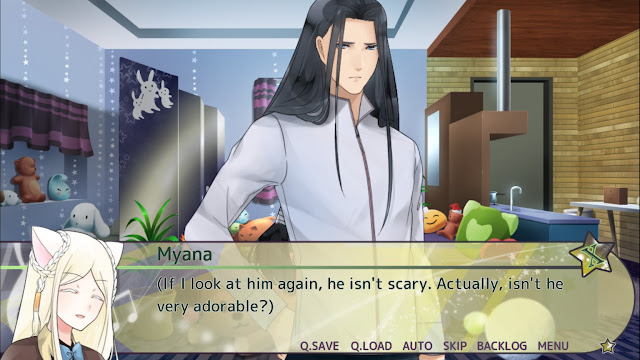 It’s something of an unorthodox approach to a romance game, but I like it. As big a role as Myana’s relationship with Ludovic plays, it’s not the be all and end all. There are bigger issues at play and higher stakes, and not making the falling-in-love aspect the ultimate goal of the game really drives that point home.

In saying that, the romance is still incredibly cute. Ludovic is a handsome chap with long black hair and a steely gaze, and as you might guess, his abrupt presentation is something of a mask hiding a shy and caring face underneath. He’s prone to extreme blushing when he gets embarrassed—which happens a lot when Myana’s around—and his hobby is knitting plushies.

For her part, Myana is a cheerful and kind, yet fierce and determined. She’s dedicated her life to serving her people as best she can, so thoughts of love and romance always seemed far to selfish for someone of her position—but the heart wants what it wants. She also has the power to soothe people’s souls and defuse even the most tense situation with her songs. 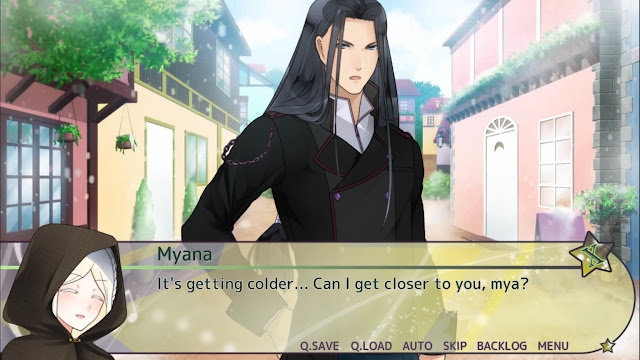 Together, Myana and Ludovic go through plenty of cute, funny scenarios that inevitably bring them closer together, from awkwardly cooking together to the classic accidental fall on top of one another. It’s not too long before they’re confessing their feelings to one another and sharing a kiss, in one of the game’s more tender moments.

But there’s the always the issue of the “anti-luccretias” in the background. Ludovic’s involvement with them is one of the game’s bigger mysteries—he seems to get on so well with Myana, and he shows a genuine desire for peace, so why is he involved with a group trying to stop the treaty from going through? Answers lead to more questions, and before you know it, you’re dealing with royal conspiracies, people living double lives, and some bizarre research into the uses of luccretian blood

This is where How to Sing to Open Your Heart falls short. There’s a lot of build-up and stakes getting raised higher and higher, but then it all just sort of… ends. A couple of predictable plot twists, and then everything just suddenly seems to work itself out. Playing both routes helps fill in a better picture of the whole ordeal, but even then, the conclusion feels contrived for the sake of a neat ending where everything is cleanly wrapped up. 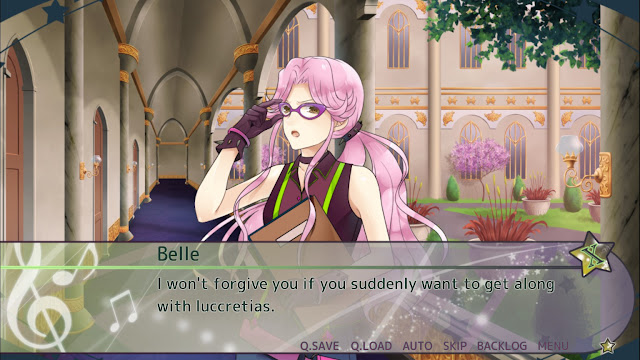 That’s a shame, because there’s plenty to work with. Fundamentally, it’s a story about racism, and a rather blunt one at that, but that racism never really gets addressed. It crops up, people comment on it—Myana even manages to recognise her own racist feelings , born of living her entire life in isolation, when the tables are turned and it’s her people on the receiving end—but it’s never really dealt with beyond these intermittent moments. In the end, it’s another plot point to be conveniently washed away for the sake of a tidy ending.

Still, How to Sing to Open Your Heart is worth a look if you want some cute, lighthearted romance. It’s full of heartwarming moments backed by fantastic artwork, and even if the attempts at dealing with more serious matter fall short, that’s reason enough to join Myana on her adventures.