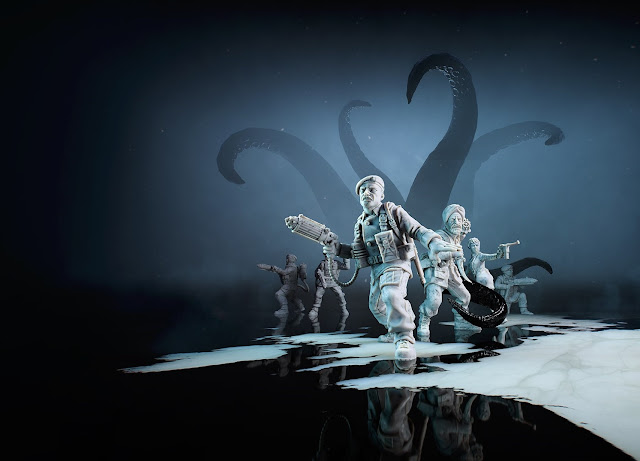 Last year’s Achtung! Cthulhu Tactics was one of my favourite indie releases. After all, it was a game that let you kill both eldritch horrors from the cosmos, and the even greater evil, the Nazis. I’m not sure Lovecraft would have approved of an alliance between his critters with the Nazis, but there you go. Abject evil teamed with abject evil makes for an appropriately existential threat to take on.

Related reading: Our review of the original release on PlayStation 4

Now the game’s on Nintendo Switch, and that’s a better fit for it than home console, I feel. As an XCOM-like, I think the mission structure and design elements of Cthulhu Tactics better suits the pick-up-and-play handheld experience. Furthermore, the irritations of the game, which become major frustrations over extended play, are less of an issue when doled out at an hour or so at a time as a way of killing time during a commute.

So, how does Cthulhu Tactics work? You take control of a small squad of elite soldiers, that have been sent deep behind enemy lines during a fictionalised take on World War 2, in order to deal with an occult division of the Nazi army. Historically the Nazis were thought to have an interest in the occult, though this is more likely to be because of the dark reputation that the army had than any serious research and development that Hitler commissioned within his forces. 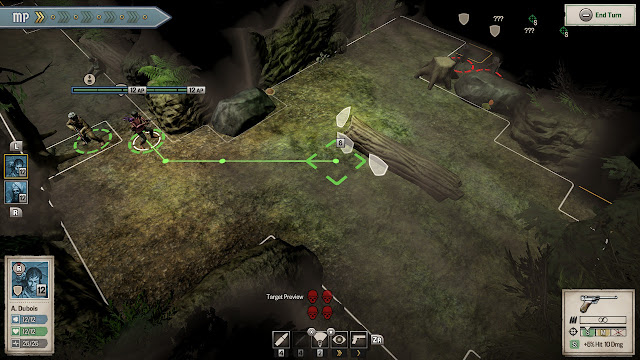 It does make for a fine story, though, and certainly fits with how utterly screwed up those people were. So in Cthulhu Tactics, you get to gun them down. Your team also dabbles in magic and the occult forces (the good occult, naturally), which makes the upgrade trees and levelling up experience as interesting in Cthulhu Tactics as any XCOM-clone out there. Just like in XCOM, heroes are a valuable resource; you’ve only got a limited number that you can take into a mission, and so you need to be careful about how you build them up, so that you can have a versatile range of skills to deal with a wide range of challenges that the game throws at you.

One of the biggest benefits that the developers had in working with the Cthulhu mythos is the range of enemies that they had to work with, and it’s something that they took great advantage of. The variety in missions; both sub- and main, is impressive, and that’s thanks to the range of enemies. The AI of said enemies isn’t great, and they have a habit of doing odd things like wandering into your entire party’s firing line for no strategic reason.

That being said, the difficulty of Cthulhu Tactics is up there. Many enemies take a lot to kill, and as I noted in my review of the PlayStation 4 version, the random “to hit” chance seems a bit borked at times. On this play through, the most egregious example was when I had a character race up to an enemy to try and knife him (a 80-odd per cent chance to hit), only to miss… and then follow up by missing two 97 per cent chance handgun shots in a row. Yes. Statistically it’s possible for my luck to be that bad, but in a game where the difference between victory and catastrophe can be a single missed attack at a key time, this game needed to “cheat” a bit on the dice rolls to the benefit of the player a little more than it does. 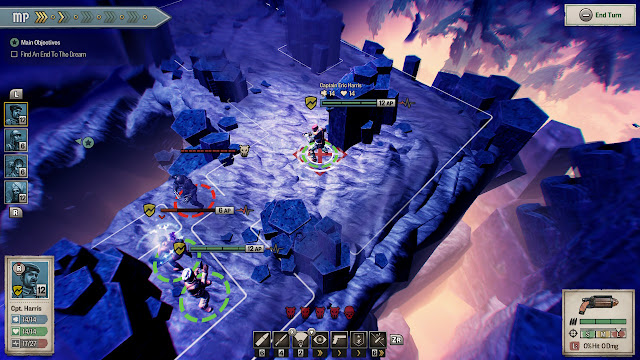 As I mentioned earlier, one of the principle benefits of playing the game on the Nintendo Switch is that over the course of a single hour’s play on the train commute or whatever, those frustrations with wayward attack misses are not so bad. You’re not going to have multiple missions ruined in a single sitting, and that same build up simply isn’t there.

The game looks quite good on the Switch’s screen, too. On the big screen, the relatively simple design of character models, and their sometimes limited animation, is less noticeable. Instead, the quality environmental design, and the overall impression of the monstrosities that you’re often fighting is more noticeable and important. As the first proper XCOM-clone on the Switch, and one of the first efforts to do a portable XCOM-clone at all, (yes, there’s the colourful Mario & Rabbids, but that’s a significant outlier from the rest of the genre in so many ways), it was always going to be interesting to see how the experience held up on the small screen. Some momentary issues with frame rate aside, Cthulhu Tactics renders its large and extended levels on the relatively modest hardware well.

Achtung! Cthulhu Tactics is still a niche game within a niche genre. The idea of a tactical horror game is one that doesn’t necessarily look like it should blend. After all, the dry, sedate pace of turn-based tactics games doesn’t seem to be the right “home” for horror, which generally works through visceral thrills and quick, extreme moments. Still, for those who have played and loved any of the tabletop games over the years that have been based on Lovecraft’s mythos – the tabletop miniatures game that Cthulhu Tactics itself is based on, for example, or Arkham Horror, or the legendary Call of Cthulhu pen-and-paper RPG, Cthulhu Tactics does a remarkable job of capturing that same aesthetic and sense of overwhelming challenge. This game is well and truly worth a look.