Wandersong wanders onto PS4 next week

Musical adventure game Wandersong will be released digitally for PlayStation 4 on January 22. The game originally launched for PC and Nintendo Switch last September, but this is a very welcome port!

In simplest terms, Wandersong is about a bard who must sing to save the world. You’re a walking instrument, using song to interact with everything and everyone. You need to decide the best music to use each time.

The game features over 150 characters and, most importantly, a dance button! It’s promised to be fully accessible to both colour blind and hearing impaired players; this should be standard in video games, yet it’s something that is still an issue with many titles.

Take a gander at this good-looking indie JRPG

Based heavily on Japanese Shinto mythology, Susanoh: Japanese Mythology RPG has a silly name even by the standards of the genre, but it does sound great, and it’s coming to both PlayStation 4 and Switch. 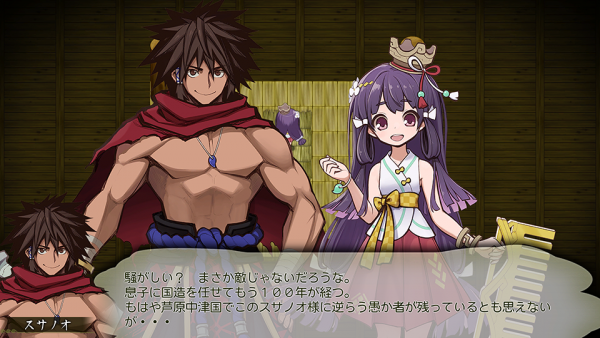 Here’s the description of the game for you: Amaterasu’s younger brother Susanoh was banished from Heaven due to his arrogant behavior. But before this, Susanoh showed himself to be something of a hero god in Ashiwara Nakatsukoku, such as when he defeated Yamata no Orochi and saved a girl named Kushinada who was to be sacrificed. As a hero god, Susanoh married Kushinada and ruled Izumo no Kuni into great prosperity, before finishing his role and retiring to a long sleep.

You only need to look at the absolutely amazing God Wars to know how well pure Shinto converts into the JRPG formula. Who knows if we’ll see this in English? It’ll be released at some point between Spring and Summer in Japan, so we just have to hope NISA or some other localiser decides to take a punt with it. If you read Japanese, you can get more information about the game from the developer’s blog.

I really don’t know how anyone has the guts to play a VR horror title in public, but that’s what players of Horror Sense: Daruma-san ga Koronda have been doing in order to experience the Koei Tecmo title. Here’s a bit of what that experience is like:

Koei Tecmo is now set to launch the title digitally for PlayStation 4 on January 25… but here comes the dreaded phrase: in Japan. Sigh.

The goal in the horror game is to find torn notes to solve a mystery involving a focal specter.

Let’s have a new Ace Combat 7 trailer, just because

Ace Combat 7 is coming out this week, and without giving away anything or breaking review embargoes, you should be looking forward to this game. We’ll have a review up, so be sure to read it. In the meantime, as we wait, enjoy this trailer.

It’s worth noting that the series has hit its 20th anniversary, too, making it one of the most lasting dogfight action games going around. If you’ve never played one before, Ace Combat straddles the line between arcade action and flight simulation beautifully, so it’s both accessible for newcomers, while being rewarding for more experienced players.