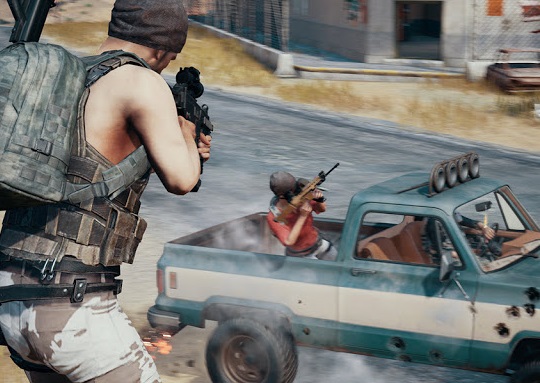 PlayerUnknown’s Battlegrounds (PUBG) deserves a great deal of credit for having been the game that really helped realise a new niche in the competitive shooting genre. Maybe it was not the first ever of the “battle royale” shooters, but it certainly became the one to help foster a large community of players and help to popularise it. Having helped establish its roots on the PC, and already having made its way to Xbox One, PUBG has finally made its way to the PlayStation 4, with mixed results.

Full admission here – PlayerUnknown’s Battlegrounds is probably not for me. My years of quick-twitch, competitive shooting is probably behind me now that I’m in my forties, and the need-to-win-at-all-costs mentality that leads some people (including my best friend) screaming at the television is not how I go about ‘enjoying’ a video game. That being said, there is something inherently interesting to the idea of taking one hundred people, plopping them on an island and watching them forage and explore while trying to take one another out. I am never going to be one of those guys who finishes number one in a match, but finishing in the top ten in that kind of environment multiple times has proven more rewarding than expected.

When PUBG was first making waves a couple of years ago, I did not know much about it. My son is much more of an online, competitive player than I am, and I heard him talking about the buggy but thrilling adventures he had playing this game. Getting to experience it for myself, I have to say that core experience is actually pretty fun. There are three different maps to explore and it is clear that a good deal of thought went into designing them. Exploring the different landscapes while keeping an eye out for someone who is going to try and take you out is exciting, making for tense gameplay. I will say that playing with others in a group ramps things up a little, as it lessons the suspense of feeling like you are all on your own, but the coordinated team efforts are rewarding in a different way. Still, regardless of how you’re playing, watching the player totals tick downward while you’re still in the game is a great motivator to keep moving forward. 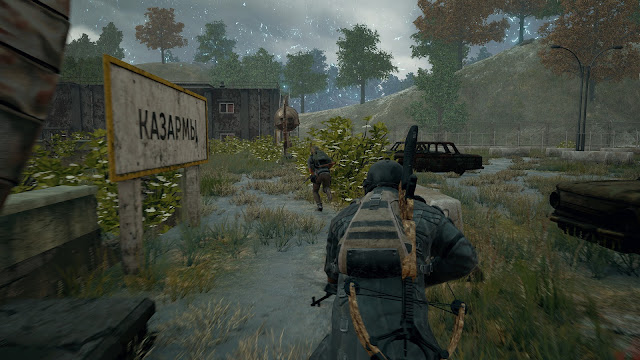 Accompanying the large maps is a good variety of weapons as well. Some are certainly more brutal and ridiculous than others, and my personal style in a lot of games like this is more stealth-based. I like to sneak around, using the landscape to hide me as I pick people off  with a sniper rifle in most shooters, and there is a healthy dose of that mindset that works here. Then there is my buddy that likes to go down in a blaze of glory. He does not generally hold up as well in a stage as I do, but I will concede that he winds up with far more interesting kills (and deaths) than I do. To its credit, PlayerUnknown’s Battlegrounds does offer some pretty hilarious moments with some crazy deaths.

So while the core gameplay works well, there are some terrible technical issues that are impossible to ignore. The textures load is absolutely terrible at times, and there is no real reason or way to sugar coat that. When you are first dropping onto the island, things look rough, and it’s not the most inspiring introduction to the game. Performance is all over the place. There are some areas with really nice, lush visuals that actually animate quite nicely. Then there are moments where it seems like there is too much player activity in a small vicinity and performance takes dive. The last thing I want when trying to make a precise shot is janky, sluggish frame rates to kick in. This feels like a scaled down port of a PC title, right down to the control schemes. It is functional, but not always ideal. The environments can be nice to look at and explore, but they can provide the wrong kind of challenge at times too, as I have gotten stuck on bits of environment for no discernible reason. For a game that is nearly two years old, it is a little shocking how many rough edges PUBG still has.

Maybe I am not the target audience for PlayerUnknown’s Battlegrounds – I don’t spend oodles of time online playing games like this competitively. However, I have played some others, and came away thinking that by now, other games have done this kind of thing better, with considerably more polish (in particular Call of Duty’s recent Blackout mode in Black Ops IV). I get that the developer does not have the kind of studio power to flex as Activision does, but the lack of polish on this release for the PlayStation 4 hinders what is otherwise a fun if limited experience. More maps would certainly help to add to the variety – but kudos for the three that are there, because they are quite well designed. 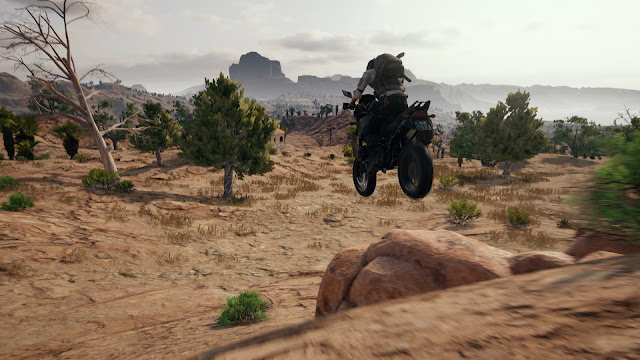 At its core, PlayerUnknown’s Battlegrounds relies on the unpredictability of players to help provide the variety, and that is not a bad way to go. Still, I would really like to see the technical issues smoothed out and more variety in the form of maps added to help make PUBG’s a better overall experience.