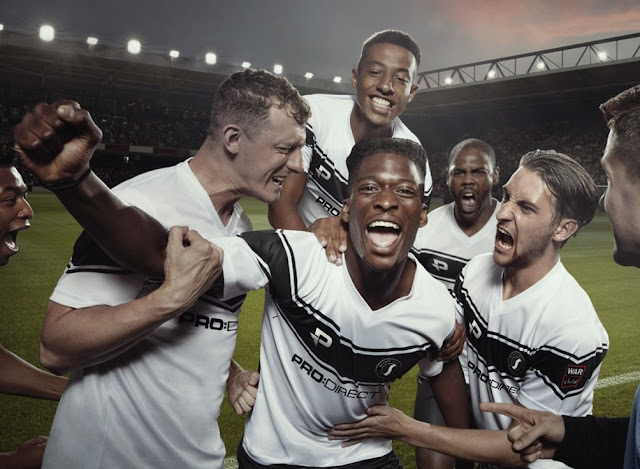 Football Manager games look like spreadsheets. They feel like spreadsheets to play. If spreadsheets had a smell, they’d smell like them too. On a fundamental level, it seems so silly that there would be this sports game franchise which doesn’t involve any on-field sports action. And yet, the Football Manager series endures on in popularity because the big, dirty secret about it, and other management titles like it, is that these games, for all their presentation, are also the best examples of emergent narrative that I can think of.

Without a single line of conventional “storytelling” or “dialogue”, these games have a habit of making players deeply emotionally attached to what’s going on, and Football Manager 2019 Touch is no different in that regard. The reason that they’re so emotionally engaging is because, in taking total ownership over a team, its rises and falls in fortune are entirely on you. Because these teams are accurate representations of real-world football teams, and you’re naturally going to choose your favourite team to manage (Crystal Palace all the way), every match is going to matter. Every loss stings. And if you find yourself sacked from your favourite team… well, there’s no “game over” screen that could possibly be worse than that. In Football Manager it’s not actually a “game over”, since you can sign up to manage a different team, but it is brutal.

Because it feels like it all matters so much, the initially dry presentation of Football Manager soon fades into the background. Instead, you’ll find yourself pouring over the dozens of statistics that comprise each player on the team, looking for ways to maximise the overall performance on the field. You’ll carefully build detailed strategies for the team on-field, to try and maximise the strengths of each player, and when they succeed, you’ll be cheering right along with them. You only watch the matches in Football Manager, and the only game day control you have is what substitutions to make, but make no mistake about it, when a player slips a strike past the opponent’s goalie, that’s all your success. 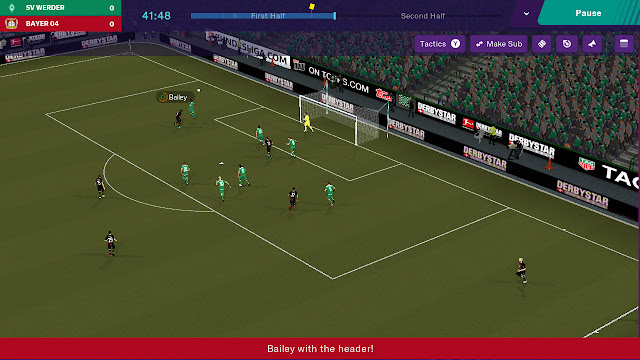 You can develop training routines for each player, keep an eye on the youth leagues for new talent and, of course trade players in order to meet your budgets and deepen the skill pool of your team. Teams are initially accurate to this point of time in the real-world competitions, but that won’t last long. Soon you’ll have traded a couple of players, promoted a couple of young future stars, and it very much feels like you’ve put your managerial stamp on proceedings. At that point, as I said before, you’ll very much care about what’s going on. You’ll form narratives in your head about the performance of your favourite players (even though they’re represented by not much more than a low-poly count, generic player model on the match day field). There’s an in-game social media feed that lets you construct a narrative around how your team’s fans are responding to your decisions, and give you the sense that what you’re doing has consequences and ramifications. It might look like a bunch of spreadsheets, but really it’s a notebook that you’re writing pure fantasy into.

Football Manager 2019 Touch isn’t much of a step up from its predecessor on the Switch. There’s some minor improvements to the interface, and while I was critical of the way the previous game used a combination of cursor and buttons for navigation, after plugging about 200 hours into that game I’ve come to the realisation that the clunky interface eventually, after a very long time, becomes comfortable, and then even desirable. There’s also the addition of a range of tactical pre-sets that you can select. This is particularly helpful for newer players that may not have developer a managerial “style” yet, though of course experienced players can just set their own agendas.

The biggest addition of all, by a significant margin, is the addition of the top two German leagues to the already huge number of leagues that you can choose between. As one of the most competitive and revered football leagues in the world, having the Bundesliga in Football Manager – teams, logos, trophies and all – is a major coup for the game, though I personally continue to find it disappointing that the Japanese J-League is not in there. I can play as Kawasaki Frontale in FIFA, damnit. I want to play as the team in Football Manager too. 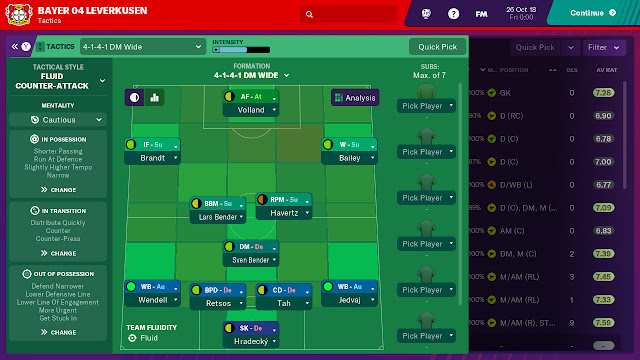 Football Manager 2019 Touch comes across as a roster update on the previous title, and given that the goal of the game is to build your own rosters, that isn’t as important to this series as it is, say, FIFA. However, it’s a game that’s so data driven that most of the tweaks and improvements occur under the hood, and those subtle improvements have resulted in a game that’s clearly better. With every new iteration Football Manager seems like your decisions and strategy are more accurately reflected in the on-field performance and results of your team, and that consistency and reliability is ultimately what’s important in making this series such a strong outlet for storytelling.