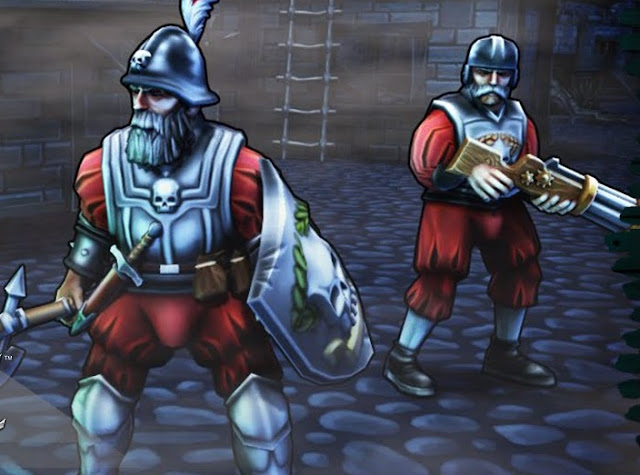 There are a couple of Mordheim games on the market. There’s the really high quality Mordheim: City of the Damned on console and PC. As an exceedingly high quality skirmish tactics game made by developers that clearly cared a great deal about the source material, it did a brilliant job of capturing the aesthetic and tone of Games Workshop’s original tabletop game. On the Nintendo Switch, however, we instead got a port of Mordheim Warband Skirmish. A free-to-play mobile game that’s been available on iOS and Android for quite some time. And you can see where this review is going…

Actually, Warband Skirmish’s presentation isn’t so bad. You start out by recruiting a few wannabe treasure hunters from a tavern, and then accept missions out in the heart of the titular Mordheim, an accursed, festering ruin of a city, to find crystal shards and bring them back for money and fame. Right from step one it’s appealing to deck out characters according to your preferred play style (in my case, a heavy focus on ranged combat), and then start creeping along the decrepit streets fighting duels with other player’s warbands.

It’s not proper multiplayer, but rather the game just grabs equivalently-powerful warbands to challenge your party with. That’s for the best though, since it means no rage-quits or griefing if the other side starts to lose (and the player suffers no penalty in his/her own game if you do get a win over them). After a while you’ll have accumulated enough loot to recruit really powerful wizards, ogres, and other beings into the party, and then the skirmishes really start to take a life of their own.

This might be a port from mobile, but it’s surprisingly enjoyable #NintendoSwitch pic.twitter.com/OhdabiTjSD

I also liked that it’s possible for your characters to suffer permanent wounds in battle, making them progressively less useful until for the good of everyone you throw them out of the warband. If a character is knocked out in battle, there’s a chance they might suffer an injury, which might reduce their movement, or lower their initiative, meaning they act later than the other characters. There are plenty of different injuries and effects – some even good (get “hardened” and that character becomes immune to fear effects). After multiple wounds, a character is more a hindrance than a help, as the warbands that you’re matched against are based on the raw number of characters on your side, and having one character drag their (bloody, battered) heels is a threat to the health and fortunes of everyone else in the party.

Oh, and it’s possible for a character to simply be killed outright. It’s rare, but it happens. That’s a bad day when it does. All that investment in skills and training gone to waste.

Because of that, warbands tend to be flexible and fluid in design. There are times where some bad loses mean you need to go back to weaker warbands to rebuild strength. There are other times where everything is clicking so well that you feel truly undefeatable. The engine that chooses a warband for you to take on does a good job of keeping things balanced overall, too. 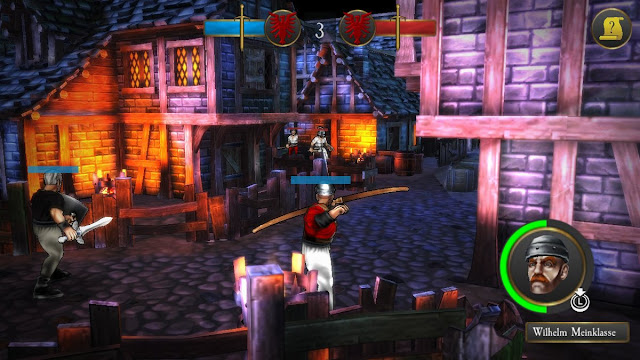 Visually, Warband Skirmish is appealing, too. Characters and environments are clean and colourful, and very much feature the kind of “mobile-friendly aesthetic” that many free-to-play games are built around. At the same time, that aesthetic is nicely reminiscent of a tabletop board game, and what playing pieces will be like. There’s plenty of customisation options, too, so you can take what starts out as a ragtag bunch and turn them into a glistening, cohesive unit according to your tastes.

So Mordheim has a good setup. But why does it have to be such a relentless, painfully inefficient, grind? Each battle lasts a couple of short minutes (if that), and what you do on the battlefield is far too one-note for its own good. Objectives are randomly decided and range from everything from occupy a key spot at the end of eight turns, or get to a designated part of the battlefield, but you can also win each battle by killing or routing the other side. Because battle maps are small, and because there are only a few characters involved in each fight, the “kill everyone” victory condition happens almost every single time. With so little narrative to work towards, and so little to do outside of battle, Mordheim is just an endless cycle of ultra-brief battle after ultra-brief battle, to slowly acquire the kind of cash you need to buy better stuff, in order to fight better enemies (which basically neutralise the better stuff you just bought).

Spend any time in the menus at all (buying new equipment or recruiting new followers, for example), and you’ll spend more time in the menus than the actual battles. This is all done by design, of course. The developers had made a free-to-play game and needed to reduce things down to brief gameplay loops that would incentivise players to spend real money to get the good stuff quicker. The Nintendo Switch version of Warband Skirmish has a premium price point and doesn’t have microtransations, so there’s not even a way to speed up that grind. 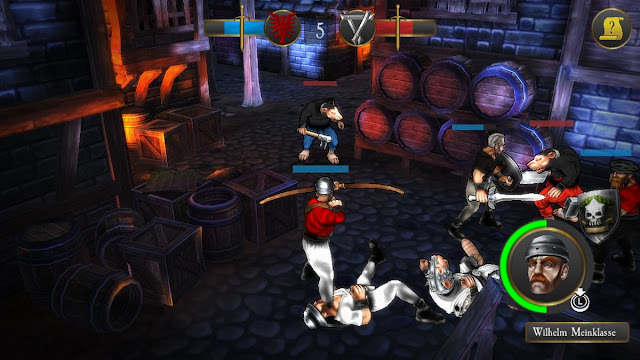 Warband Skirmish’s greatest tragedy is that it lets itself down, though by coming across much worse than it needed to. The game has a rich skill tree to develop for each character as they level up, and the on-field tactics are all there; there’s line of sight, rules around morale, charging, cover and concealment, and, as mentioned before, there so much by way of customisation options that you can tailor your strategy to your preferences. It’s actually a surprisingly deep tactics game when the two warbands are of similar power, and that it’s “surprising” is the game’s greatest fault. Because battles are over so quickly, and because there isn’t a better job done with having alternative ways to win, Warband Skirmish feels more shallow than it deserves to.

It’s a lot of fun, and something I’ll come back frequently for short bursts. The biggest problem Warband Skirmish has is that it’s a free to play game that the developers have attempted to force a “premium” monetisation model onto. You can’t just strip microtransactions out and then charge upfront for a game that has been built as a free-to-play title. Even after rebalancing the in-game economies so that you get loot at a better rate than you would in the mobile game without investing in microtransactions, you’re still left with what feels like a free-to-play game, but without the various features that developers use to trick the mind into thinking there’s more to it than that.