Achtung! Cthulhu Tactics has a release date for PS4, XB1

Following a successful PC launch last month, Achtung! Cthulhu Tactics has now got a release date for PlayStation 4 and Xbox One. There is a Switch version expected, but there is no update on that release as of now. Achtung! Cthulhu Tactics is based on the pen-and-paper game of the same name, which launched on Kickstarter five years ago. Here’s a trailer for the video game:

The title is a turn-based RPG where you fight in the shadows of World War II, taking control of a band of heroes trapped behind enemy (Nazi) lines.

Achtung! Cthulhu Tactics will be launched for PlayStation 4 on November 20 in North America, November 21 in Europe. The Xbox One version will launch on November 23. The title is developed by Auroch Digital and published by a familiar name, Ripstone Games. The game is one of the many released this year inspired by Lovecraftian themes, including Call of Cthulhu (also based on a pen-and-paper RPG) and The Infectious Madness of Doctor Dekker.

THQ Nordic has built itself into one of the largest and most important game publishers in the world, and it has done so quickly, through a series of highly strategic acquisitions. In its latest spree, the company has announced that it has acquired Bugbear Entertainment and Coffee Stain Studios 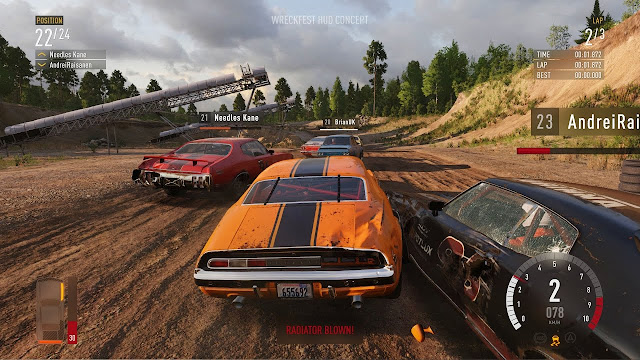 Bugbear Entertainment was responsible for Wreckfest and Flatout, while Coffee Stain Studios’ portfolio includes Goat Simulator, Satisfactory, and Sanctum. If those two developers seem different in tone and projects, that’s one of the delightful things about THQ Nordic’s acquisition strategy; it’s going for an eclectic mix of games and genres, rather than one particular thing.

Naturally the acquisitions means that THQ Nordic now also owns all the IP of those studios, and it’s maintaining the development teams too – it’s always nice when an acquisition doesn’t also gut the company.

New My Time at Portia trailer shows off crafting

It seems like I’ve been waiting forever for My Time at Portia to leave Steam Early Access and come to consoles, and this latest trailer is just a reminder of that yearning feeling. It showcases the game’s crafting system:

Upon arriving in Portia, you begin a new life restoring your Pa’s neglected workshop. You have his handbook and workbench, and need to gather materials to craft needed items.

My Time at Portia is a sandbox game inspired by Animal Crossing and Harvest Moon, among other titles. Developed by Pathea Games, it will be coming to Nintendo Switch, PC, PlayStation 4, Xbox One.

My my, Draugen looks lovely

Anyone who knows me knows that I’m up for a good new noir mystery, and based on the teaser trailer for Draugen, it looks like Red Thread Games is delivering us exactly that.


So clearly this trailer is there to show off how impressive the game’s visual engine is (and it is indeed impressive), but it’s nonetheless intriguing, especially when coupled with the description for what we can expect from the game: Draugen is a first-person, single-player psychological mystery set in 1920s Norway. You play Edward Charles Harden, an American traveler searching for his missing sister. You’re not alone: at every step of the way, you’re accompanied by Edward’s gregarious and enigmatic ward, Lissie. Together, you explore a small coastal community as you unravel the darkness that lies beneath the picturesque surface.

The game is due for a release on PC first in 2019, then followed by PlayStation 4 and Xbox One in that same year.