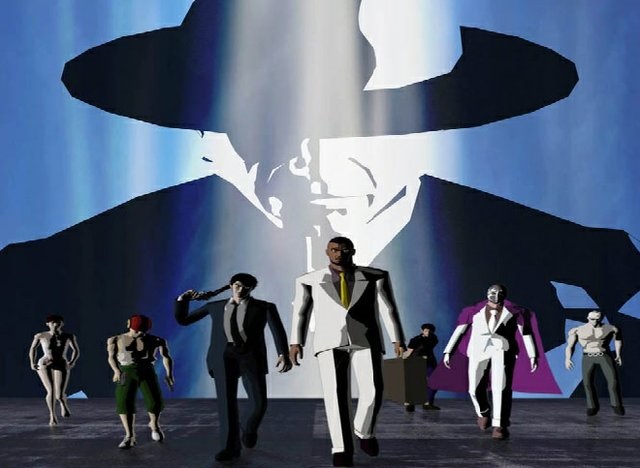 It seems appropriate that at about the same time that the (current) pinnacle of realism in video games – Red Dead Redemption 2 – is released, Killer7 would also have its long-awaited re-release. Originally a console exclusive on PlayStation 2 and GameCube, Killer7, to this day, remains the perfect foil to the idea that “realism” is inherently a more valuable visual achievement than abstraction.

To summarise Killer7 on its gameplay mechanics is to call it a blend of on-rails shooter, and adventure game. Insofar as movement is concerned, you can only direct your characters to move forwards and backwards. When they come across an enemy, you switch to a first-person perspective, where you can aim and fire, just as though you were playing a light gun game in the arcade. At various points, you’ll be able to choose which direction you want to head next, and you’ll need to pick up some items and things along the way, before backtracking to open doors – figuratively and literally – that give you access to the next area.

If Killer7 were nothing more than its mechanics, it would barely qualify as an enjoyable game. Aside from having a couple of different characters to choose between (each with different weaponry and statistics), and that limited ability to choose with paths to follow within the environment, there’s not much to differentiate Killer7 from any arcade light gun game. There’s the occasional puzzle to solve, but those are too obtuse for their own good. I don’t think anyone has ever accused Goichi Suda (the creator behind Killer7) as being a genius at puzzle designs. No, people don’t remember Killer7 for its mechanics. 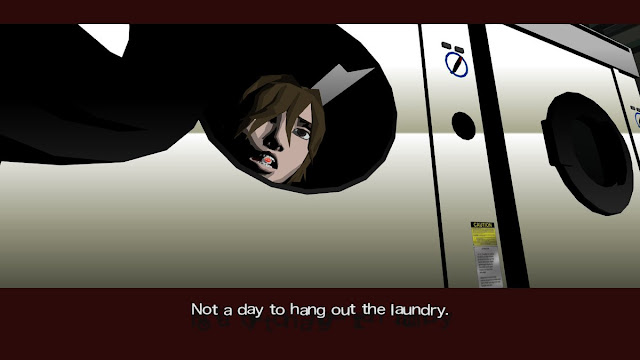 What people remember Killer7 for is its stunning aesthetic, and the narrative, which is nothing short of brilliant. Killer7 utilised a highly stylised visual engine which combines bold, cartoon-like cel shading with a healthy dose of noirish, surrealist art direction. One with a healthy taste for the grotesque and hyper-violent. The result is something that looks like a blend between an adult manga, the heavy contrasting of old film noir films like The Big Sleep, Quentin Tarantino’s sense of cinematic excess, and Salvador Dali’s knack for throwing audiences off balance by hitting them with the unpredictable.

Surrealism as a movement can be most easily described as one that “[disdains] rationalism and literary realism, and [is] powerfully influenced by psychoanalysis… The surrealists believed the rational mind repressed the power of the imagination, weighing it down with taboos.” It was a Marxist movement, one that argued that the “psyche had the power to reveal the contradictions in the everyday world and spur on revolution.”

That wild, revolutionary spirit, heavily inspired by psychology and thought, is certainly at the heart of Goichi Suda’s work in Killer7, in which players take on the role of various facets of the psyche of a master assassin. It’s a game that constantly flirts with taboo subjects, from sexuality, through to the nature of the violence (these are assassins, after all, and there’s not a more taboo profession out there), right through to the most popular topics among surrealists, such as religion. These themes are also common to Goichi Suda’s own work, and from Killer7 we see the seeds that influenced the likes of Lollipop Chainsaw, Shadows of the Damned, Killer is Dead and Let it Die, in particular. 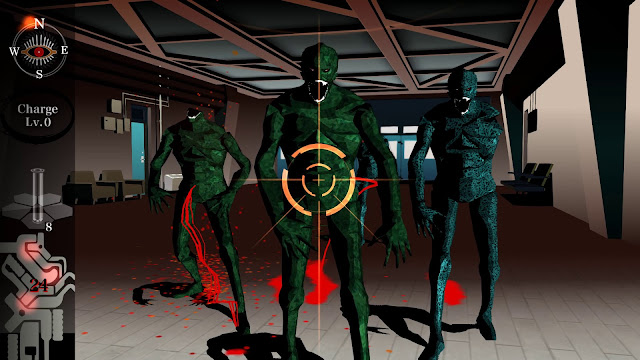 The blend with the cinematic noir is something less common to surrealists (and Suda’s own work), but it fits with Killer7 masterfully. Noir is a genre that is principally concerned with femme fatales, morality, the corruption of wealth and authority, and giving audiences a conflicted protagonist to view the narrative through. All of this, too, is present in Killer7, especially with regards to the way that it represents a hypothetical relationship between the US and Japan, a story of assassins-against-terrorists, and Japanese domestic politics.

For something that many would look at once and dismiss as an “action game,” Killer7’s narrative is actually incredibly complex and nuanced. It’s a little heavy-handed on the surrealist elements, perhaps, and comes across as a little unrelenting, but on the other hand, Killer7 also tells its story with efficiency and panache. One of the reasons that many people were disappointed with Killer is Dead is that it wasn’t the sequel to Killer7, as this is certainly a game that leaves you wanting so much more and it perhaps the one “one-off” title that has deserved a sequel more than any other.

Killer7 is every bit as playable today as it was on original release. In fact, aside from an improvement to the resolution, this is exactly the same game as back then, and that just goes to show the value of using more abstract design in game development. While Killer7’s “realistic” contemporaries have been superseded and replaced, and would barely be worth pulling out of the vault except in the context of looking at how far video games have come, Killer7 itself looks and feels like it could have been released this year for the first time. Such a release would come from an independent developer, rather than a blockbuster AAA-studio, but that’s where the more interesting and artful games are coming from anyway. The point is, the design is so powerfully clever at hiding its limitations that it feels intrinsically modern to this day. 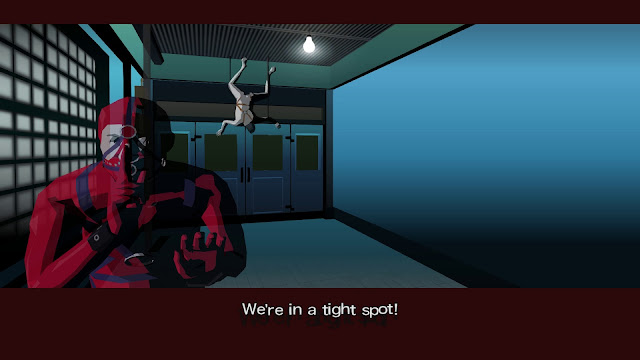 Intriguing, intense and extreme, Killer7 is as relevant, playable, and valuable as it has ever been. This if the game that really put Goichi Suda’s name on the map as one of Japan’s better artists in the field, and to this day nothing else has been able to come even close to offer what Killer7 offers. It’s genuinely innovative, highly creative, and a legitimate masterpiece that will, one day, surely find itself in art galleries and a part of exhibitions to display the very finest examples of the medium.