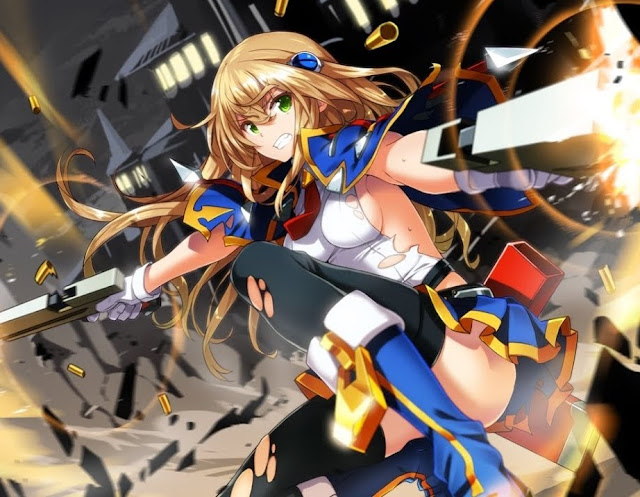 Everyone’s favourite 2D fighting game series, BlazBlue (and if it isn’t your favourite, it should be), is now 10 years old. The very first BlazBlue title, Calamity Trigger, was released in Japanese arcades on November 20, 2008

Related reading: Read our review of the most recent “proper” BlazBlue – BlazBlue: Centralfiction, on PlayStation 4 here

This is a series that has gone from strength to strength. Known for its in-depth, visual novel-inspired storytelling, colourful host of characters, and complex, pacey action, BlazBlue is most certainly not a fighting game before beginners, but it has, over the years, developed a very committed fanbase.

The series is also noteworthy in that it has kept the one creator at the head of production (Mori Toshimichi) throughout. In celebrating the 10 year anniversary, in a statement, Mori also took the opportunity to tease a future, yet-to-be-announced title

“For everyone looking forward to BlazBlue in the future, I hope to once again return to the feelings I had 10 years ago [when BlazBlue started] and impart the memories of battle into a new BlazBlue…” Mori said.

“Specifically, with things like BlazBlue: Alternative Dark War [for smartphones] and ‘[Redacted] Blue (Temporary)’ (emphasis mine). Please look forward to them.”

It’ll be exciting to see what’s next for Noel and the gang.