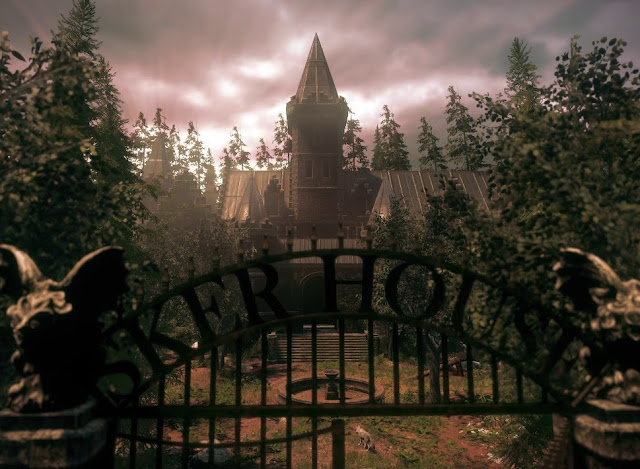 It is that time of year, I guess. With everyone getting right into the spirit of Halloween, any developer that isn’t releasing a horror game is certainly announcing them. Two of the more interesting ones announced this week are The Coma II and Maid of Sker.
The Coma II will continue much in the vein of its predecessor, as a psychologically-focused 2D stalker horror game. As per the announcement, it is a direct continuation of the original, only this time you’ll be playing as a female protagonist:

Following the events of the previous title, Mina Park finds herself unwittingly drawn into the mysterious shadow world known as “The Coma” where she must fight for survival and a way back home. This outing takes players into the surrounding Sehwa District, beyond the school walls.

Journey through the Coma’s haunting world while evading deadly hazards, and a relentless psycho hellbent on ending your life. Explore, hide, and devise ways to escape your enemy’s endless onslaught, lest you take permanent damage that will haunt you for the rest of this nightmare.


The other is a new title, called the Maid of Sker. Now, this one is really intriguing. It’s a haunted house, stalker horror title, in which you have no weapons, and making sounds (including breathing) can attract the attention of the ghosts.

More interestingly, however, is that this one is based on a real haunted house in Wales, and the story it tells is a true story… or at least, a true legend. From the announcement:

Based on the haunting true story of Elizabeth Williams, you play as Thomas Evans, a musician who is thrust into a terrifying battle to save the woman he loves. Set in 1898 in and around Sker House, a real dwelling which still stands to this day and is said to be one the most haunted in Britain.

A 3D sound based AI system is the core survival gameplay mechanic. Hide, run, creep, trap and distract are some of the techniques you need to master to survive enemies with super hearing. As you progress, enemies become more difficult to avoid, to the point where standing still and holding your breath is the only option!


I do like a good horror game, and from what I’ve seen this Halloween season, the next couple of years is going to bring us plenty of them.