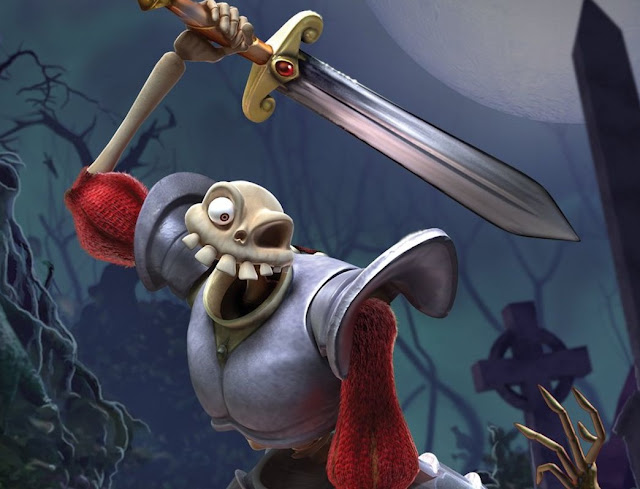 Sony has finally released the first proper trailer to the upcoming MediEvil remake. A top-to-bottom, complete remake of the original comedy action platformer, this game is looking impressive in its 4K glory.

Related reading: Here’s a blast from the DDNet past – a retro review of MediEvil from way back in 2011!

While the game is a complete remake of the original, the basic narrative remains the same, with players taking on the role of an incompetent (and now dead) knight, who finds himself resurrected and trust into the middle of a plot far bigger than him. The game’s summary:

MediEvil follows the story of Sir Dan, an unlikely champion who met an unfortunate end on the field of battle. He receives a chance at redemption when his nemesis, the evil sorcerer Lord Zarok, accidentally resurrects him 100 years after that fateful day. Lord Zarok seeks to conquer the Kingdom of Gallowmere, and only the skeletal Sir Dan stands between Zarok’s army of the undead and the kingdom he swore to protect.

The original is well-remembered for being light-hearted and highly imaginative. The only release date we have at this time is “2019”, but we can probably assume that this will be one of Sony’s bigger releases next year.