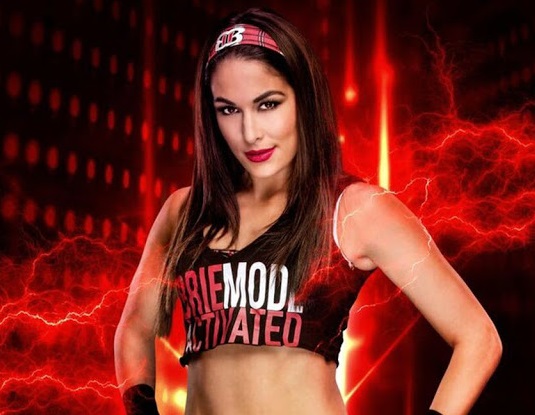 For better or for worse, WWE 2K19 is exactly what I expected it to be. The overall gameplay has not changed all that much from last year’s iteration, but the continued additions and improvements do make the experience more entertaining anyway.

So the core gameplay remains very much the same – you use strikes and grapples to soften up your opponent so that you can knock them out or score a submission or pin. There is a bit of an arcade style to the mechanics where buttons are still mashed and most moves are not terribly complicated to pull off. Most of the time a good-looking grapple is no harder than pressing in a direction and choosing a light tap or a hard press of the face button. That is not to say there is no nuance around things like where a wrestler is facing, if they are kneeling or not and where in the ring (or the outside environment) they are standing. A lot can happen in those spaces, and the very back and forth nature of the contests can lead to some really exciting moments, which is what wrestling fans want more than anything.

However, there are a handful of changes from the last few years that are worth calling out. New techniques called Overcharges and Paybacks add an additional layer to the combat. You can equip them prior to a match and they lead to some big, dramatic and often times momentum-changing moments during the match. There is something to be said for when your Charged Fury allows you to go all glowing Iron Fist on your opponent in what has been a long, gruelling match. Towers is also a cool concept that has shown up in other fighting games in the past. These themed series of matches allow your created player to try and complete these challenging matches and claim the big prize. Rest assured though, these ladder towers are no joke.

The presentation in WWE games is usually quite good, and that holds true here with the usual caveats. The audio commentary is entirely too repetitive and scripted. Having to replay the same event multiple times (as I had to do over and over again in the Battle Royale in career mode, but more griping about that later), the announcers said the exact same thing at the start each and every time. However, even as the combat starts to pick up and the event branches off in more directions the audio… largely winds up the same. One of my early matches heard the guy on the loud system say the same thing about a dozen times during the match. That is a bit of a shame too, since the actual action sounds great in the mat. When someone hits the mat from a significant height, or gets smacked upside the head with a folding chair – it just sounds like it hurts.

Visually things look about the same as last year, at least at first glance. I will however give credit to faster, more fluid animations that help to keep the pace of the game going. Additionally, while the character models look largely the same as I remember them, lighting effects are a bit more dynamic than I remember them. A large number of different outfits and items also compliment the crazy characters found in wrestling quite nicely, though on a technical level there is some weird clipping that happens with hair and certain accessories that can look a little weird at times. From a performance standpoint, it is worth noting that the game does not slow down when there are too many wrestlers in the ring together now, and loading times are much improves, so those are both welcome improvements.

As for the modes themselves, there are a ton here to choose from, though there were not really a lot of big surprises to be had here. Quick matches using established wrestlers, hopping online, creation modes and even the fan favourite Universe mode are all here. They are quality modes, even if they have not seen a whole lot of updating over the last few releases (I really miss the ability to create a story to accompany the events in Universe mode). Thankfully my two favourite modes are both really good for the most part.

First up, MyCareer is back and funnier than ever. I was a bit surprised at the joking nature of my primary character. Career modes are where I lodge the majority of my time in sports titles, and that holds true here again as well. I created a somewhat flashy character who was more interested in strikes than grappling, completely with some high-flying antics to really make some matches more exciting to watch. The protagonist is pretty slap-happy, but I mean that in a good way. Sure, not all of the jokes stick, but more often than not I found myself laughing at them. WWE is at its best when it is not taking itself too seriously, and I was happy to see the main character in the narrative embodies that rather well. This new approach feels a less lots grindy that prior iterations of the game – both in terms of story and the actual character progression.

Virtual Currency and microtransactions still rear their heads, yet feel a lot less invasive than in this year’s NBA 2K game. Instead character progression takes the form of talent points that you can put into various nodes on different character charts. You can put a focus on dealing more damage, or withstanding it for example. This gives the game a slightly more honest sense of progression than in say, NBA 2K19 where if you spend twenty bucks on a bunch of VC, you can turn around and have your character powered up and ready to roll in both the career mode and online play. My biggest quibble in MyCareer is the stupid Battle Royale match about halfway through the story. I did not build my character in a way to be successful in this kind of mode (smallish, with an emphasis on athletic hijinks), and it took me several hours to finally beat this one match where you have to be the only one still left in the ring in an eight person rumble.

It does not help that this game is pretty rough when navigating multiple opponents. The controls are just not smooth, by default having you toggle through enemies. If you have two opponents it is not so bad (but even then I try to isolate one), but having seven? It’s just awkward at times and the engine does not allow for very good engagement until you are on the receiving end of some hits that I felt as though I should never have taken. You have to come in first, not second, not eighth. I like to win every match, but good lord I’d have been just fine taking second or third in this one as it completely ground my progress to a halt and irritated the crap out of me for a time.

Another mode I really enjoyed was WWE Showcase. These interwoven stories and matches in the past were focused on a specific wrestler, and this time we follow Daniel Bryan. He has never been one of my favourite wrestlers, but it does put a cool spin on some of the big matches he participated in as the Showcase follows him from the start of his career through all kinds of ups and downs. You get lots of highlights to help tell his tale through nearly a dozen key matches that made me appreciate the character a lot more than I had going into it.

Long term the WWE series will probably have to consider updating or even replacing its engine. The game mechanics are solid, but fundamentally do not change a great deal and there are signs of rickety infrastructure in the audio, some of the modes and more. There is still a lot of fun to be had with the enjoyable action, and I loved the focus on narrative around MyCareer, but most of the other stuff feels largely the same. The overall package is an attractive one and there plenty in it, so the end result is fun, but I would like to see a few more chances taken with the engine or formula in the future.