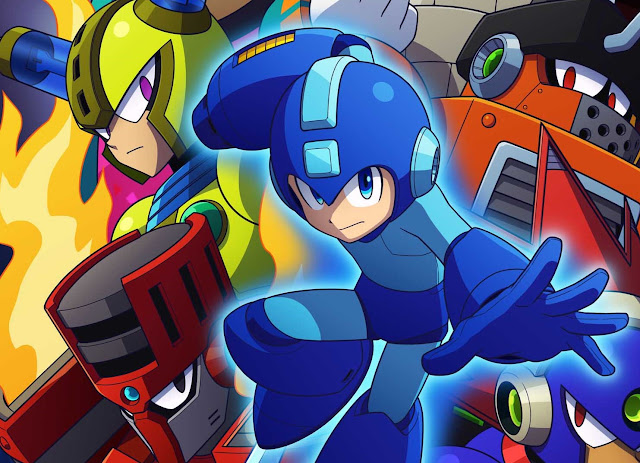 Mega Man, Rockman, The Blue Bomber; whatever you want to call him, he’s been around for a while and he’s influenced the platforming genre in many ways over the years. Finally coming back to the limelight after a hefty hiatus, Mega Man 11 sees this iconic character return to battle the “evil” Doctor Wily, who is once again up to no good and corrupting robot masters in order to conquer the world.

I’m going to preface this review by saying that while I can appreciate what was attempted with the two predecessors, Mega Man 9 and 10, I also didn’t enjoy them, as I found them artificially and arbitrarily hard, as though the developers knew the reputation of earlier Mega Man titles and then tried too hard to live up to that. So, I count the last truly enjoyable numbered Mega Man as Mega Man 8, released way back on the PS1.

I’m happy to say that Mega Man 11 is none of the above. Having gone back to the drawing board, and also being one of the first Mega Man titles made without the father of the series, Keiji Inafune, watching down from above, Mega Man 11 may be what the series needed to start coming back into the light as a platforming contender. I’m not saying that it’s an absolutely magical return for the series, but it’s a start! 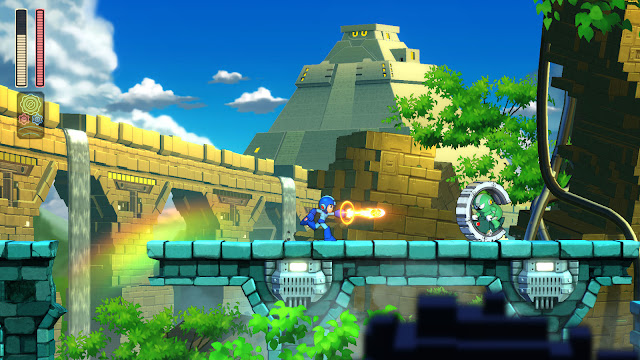 For a platforming series that has always had a brief approach to narrative (to say the least), Mega Man has developed an awful lot of lore, and there’s some background to Mega Man 11. Dating back to before the events of the original Mega Man, Albert Wily came up with a Dual Gear system that would bring out the best and most powerful features of a robot, allowing them to become independent of humanity. However, it was Thomas Light’s direction of independent thought which gained traction instead of Wily’s and would eventually lead to the future world of Mega Man X.

Moving to today, and the events of Mega Man 11, Wily attacks Light’s lab, stealing and reprogramming eight new robot masters while simultaneously installing the Dual Gear system. This acts as the main focus of the latest entry both from the story’s standpoint and a mechanical one. The Dual Gear system is also installed into Mega Man so that he can stand a chance of going up again his newest foes, which moments ago were friends.

After the opening cinematics you get to pick which of the eight robot masters you wish to face off against first. Each of these stages have their own aesthetics and, importantly, design quirks that ensure each area plays differently, too. This is all stuff that Mega Man fans already know and love about the series, and those fans should also be assured that the robot masters at the end are vintage Mega Man boss battles. 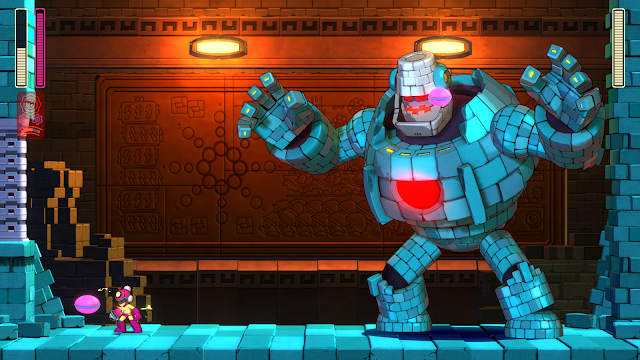 In fact, all of Mega Man 11 honestly feels like the developers put a good deal of effort into the gameplay and the overall design flow. It’s not perfect by any means as there are plenty of outdated, yet classic to this series, elements thrown into the mix. It’s not the kind of game that will win over too many new fans to the franchise – which highlights the great challenge facing Mega Man for Capcom – how to keep him relevant while appeasing fans, but compared to the likes of Mega Man 9 or 10, this is the sequel that fans deserved all of those years ago.

The biggest issue for Mega Man 11 is that commitment to recapturing the tone of the past means that levels are designed to require absolute precision and a process of memorisation of enemy attack patterns at the like. This is better balanced and less arbitrary in difficulty than the previous two titles, as I said previously, but the issue is that most stages are often longer than they were when this approach to level design was necessary. Memory constraints in the past meant levels had to be short. The only way to make a game last was to demand the most of the player. Dragging levels out now, as Mega Man 11 does, can make the game draining.

This is offset a little by the Dual Gear system, which allows bosses and Mega Man alike to become to either become more powerful for short bursts, or so fast that everything else moves slow. It’s a very useful mechanic, and is often mandatory to get through the game’s more interesting moments of skill-based challenge. 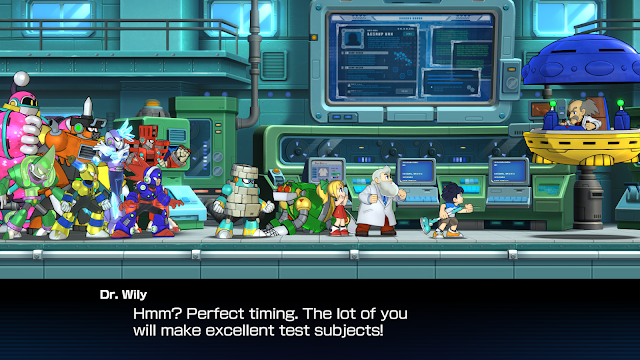 So there are some neat little features to the newest Mega Man. However, while it’s the kind of game that series fans should enjoy, there just isn’t enough to bring it to a new audience. It’s great that Capcom haven’t forgotten about its iconic mascot, but it’s hard to shake the feeling that Capcom also needs to find a visionary that is willing to pave new ground to ensure Mega Man’s with us for long into the future.