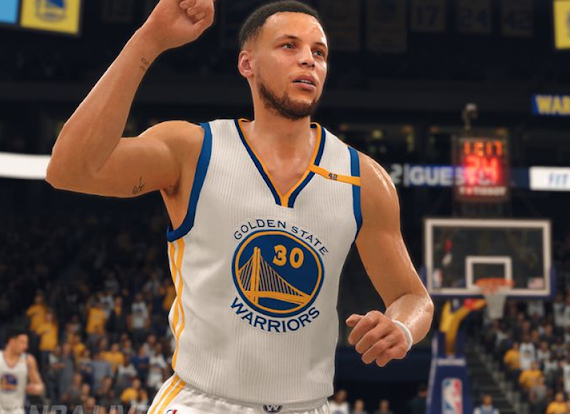 The NBA Live series has had a long and bumpy road in recent years, but it has been fascinating to see this one-proud franchise have to do a bit of soul searching and try to rediscover itself. The process has no doubt been challenging, but the results are incredibly positive as NBA Live 19 is the best basketball offering EA has had in years, and shows that it is trending in the right direction.

Competition is healthy, and it is at the heart of almost all sports. I firmly believe that having multiple titles to choose from in a specific sport helps to elevate everyone’s efforts in the end, and for better or for worse, the 2K series has had a stranglehold on the hoops world for a long time. Too long. The last couple of years has seen some dramatic changes and a lot of effort from EA, and this year’s installment is leaps and bounds better than even just last season’s.

Things get off to a great start with its tutorial sequence. It is not at all unusual for a sports game to drop you into a quick game so you can try out the controls in a safe environment that allows you to try some things without worrying that you might muck up your franchise or career mode. There were two aspects of NBA Live 19’s introduction that really nailed it. The first was the roster of players they put at my fingertips with Allen Iverson, Vince Carter and Shaquille O’Neal. These are three of the best ever at their positions, each with dramatically different skill sets that allow you to play a bit of 3-on-3 while getting an idea of which player style suits you best. Perhaps the only thing I would have done differently is pick someone known a bit more for perimeter shooting and passing (like John Stockton) than Iverson, because the former is more of a floor general and the latter is a dribbling maestro with a lot of flash in his at-the-rim game (which happens to be very similar to the way Carter and Shaq play near the rim as well). That is a minor quibble, however. 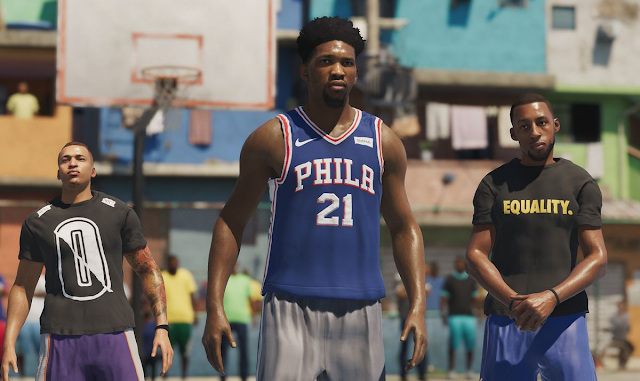 The other thing I liked about this and the tutorials section in general is the ‘moves box’ in the upper left corner. It kind of reminded me of fighting games where you see the inputs for specific moves in the HUD so you can practice without having to pause and reference a command list – though obviously much more simplified here. Instead of worrying about a complicated half-circle motion followed up with a couple of button presses like one would in a fighting game, here the move box just quickly shows you what buttons to use when and keeps track of when you successfully pull of an ankle breaking dribble move on offence or pick a pocket on defence.

There is a strong sense of continuous movement in this basketball title, which has to be one of the biggest challenges in sports video games. In baseball you have precision batting and hockey you have to take into consideration the momentum of players flying around the ice, while the NFL has oodles of rules about what can and cannot happen on any given play, but basketball is an interesting sport because bodies are perpetually in contact with one another, moving in direct opposition to the player closest to them while also having to possess awareness of what is going on around them. If one of your big men posts up, he is going to try and establish deep position in the lane, turn to face whomever has the ball and get a hand up into the air. That player has to be aware of their time spent in the paint and get out if it nears three seconds, all of the while the defender is pushing on their back and trying to reach around to prevent the pass from getting in. Once the pass is received in the past, a whole new struggle takes place between the offensive and defensive player, and while this intricate back and forth is not perfect in NBA Live 19, it is pretty darned good and way better than what it was in past years.

The product on the court is always going to be the most important part of a hoops title, and NBA Live 19 has clearly taken steps to make it as solid as possible. Passing is easier than the NBA 2K counterpart, which allows offences to have a bit more of a natural flow. This is a simulation title by and large, but there is a bit of an arcade feel to the controls as well. One could argue that means gameplay is a bit looser than it should be, and that would be a fair opinion, but there is nice sense of speed and fluidity that comes with it as well. There are some rough edges still in the gameplay, but I enjoyed the dribbling moves and defensive tweaks a lot. 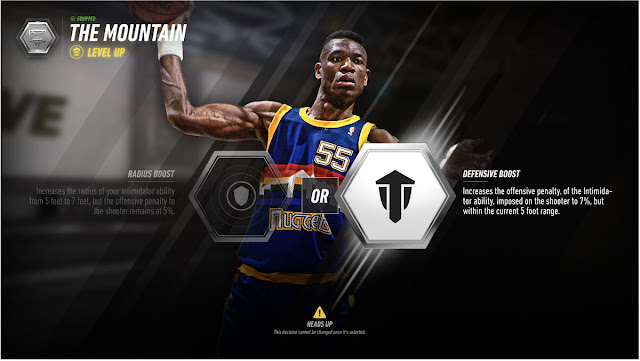 In terms of modes, by now most sports titles tend to offer the same kinds of things. You can take over your team as a GM, create a player for a career mode, participate in online games, play some street ball and a fantasy/ card collection mode that has become something of a norm (especially in EA titles). Still, I was happy to see tweaks to those existing modes, such as improved player progression in the career mode (called The One), and the recruitment aspect of building your team in The Street. It is really cool seeing retired players made available to join your street team if you can best them on their home court and earn their respect. The Court Battle mode is probably the most unique mode I have seen in a basketball (or perhaps any sports title) in some time. You create a home court to your own preferences and then customise your rules, game plan and lineup (which ties in nicely with recruitment from The Street). There is a bit of strategy to this mode largely due to these custom rules (where maybe one kind of shot is worth more than others, prompting you to tweak your lineup). Like the rest of NBA Live 19, there’s room for polish, but I like where this mode is going and while it is not the meatiest offering (The One is clearly where the majority of EA’s time was spent), it is a fresh, welcome addition.

Of course, this is a sports game so there is some form of microtransaction, but the Ultimate Team that shows up in EA’s other sports offerings is not too insistent. It is one of my least favourite modes in NBA Live 19, so I never feel compelled to drop real world money on packs of digital cards that may or may not improve my roster. I generally dislike these in-game purchases, but NBA Live 19’s is fairly benign and I never really gave it much thought. I would like to see a deeper breadth of options in the franchise and career modes, since those are where I spend the majority of my time, but both have become improved and likely will continue that track.

All in all, NBA Live 19 has provided a fun, slightly hybrid arcade/simulation style of basketball that works well on the court. There is still room to add features and improve some aspects of the gameplay, but the series has taken some long strides in the right direction since rebooting. That is good news for hoops fans such as myself, who feel that some healthy competition is a good thing.