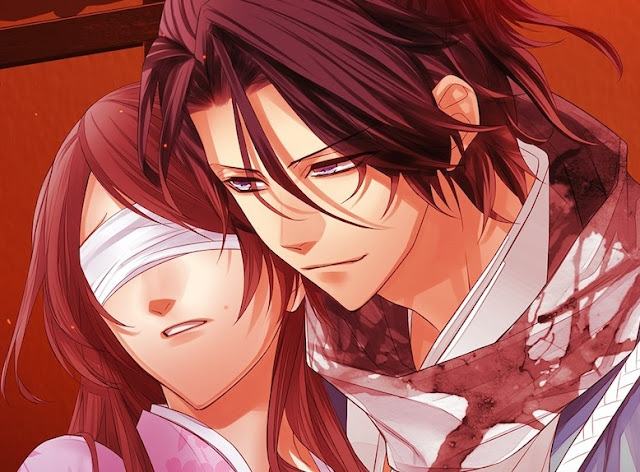 There’s a romance that has been built around the very concept of the Shinsengumi that has made the military police force of a bygone era a source of inspiration for video games, manga, and other forms of popular culture. In the video game space specifically we have Hakuoki, of course, which also happens to be one of the finest visual novels ever made. The Amazing Shinsengumi stands as a handy reminder that the blue coated heroes, or villains (depending on perspective), aren’t infallible as a source for mesmerising storytelling.

Related reading: The Men of Yoshiwara is the very best of D3 Publisher’s lineup. Here’s our review of one on the Nintendo Switch

Now, I should clarify that The Amazing Shinsengumi is not a bad visual novel, especially since it is a far more pure-play romance title than Hakuoki, which was very much about the adventure, political, and military drama of the era as much as it was about the fact you’re playing as a gorgeous girl with her pick of a huge harem of stunning dudes. The Amazing Shinsengumi lays on the teen romance dialogue from almost the opening line, and the link to the real history of the time is far gentler.

Published by D3 Publisher, The Amazing Shinsengumi fits precisely with a formula that has become very well established. If you’ve played the Men of Yoshiwara titles, or anything else from D3 Publisher, you’ll know exactly what to expect. After a brief prologue that introduces each of the boys, you pick one, and then run through a series of chapters that depict the flowering relationship between the characters. 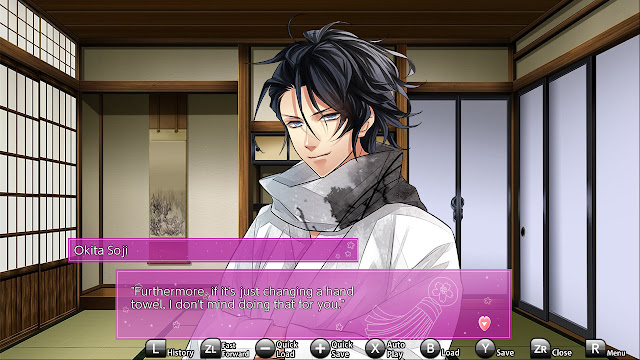 Once you’ve picked a boy, the role of the other characters is backgrounded significantly. Most of the interactions are very much focused on the one-on-one between your protagonist and that boy. Periodically, you’ll have to make a decision in response to something he says or does, and whichever option you choose will determine how quickly the boy warms to you.

Most of the questions give you two or three different options in response, which might make it sound easy to pick the “right” one, but unfortunately, as with most of D3’s titles, it’s hard to understand how each character will respond to each of your responses. Unfortunately, they’re written in such a way that, unlike in other visual novels where you have a firm idea of each character’s identity, in this one you’ll often be guessing as to which response the character will like, and there’s little feedback as to how successful you’ve been, meaning you can’t really use previous experience to help you decide on responses down the track.

It says a lot when the one piece of interactivity in the game is not implemented anywhere near as much as it needs to be. I know that no one really plays VNs for those branching narrative arcs and interactivity, but it’s going to be frustrating if you want to complete a character path with a maximum rating. 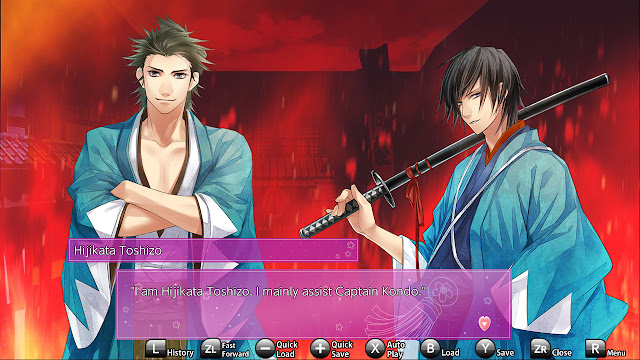 Despite this, because of the way the stories are split, The Amazing Shinsengumi really behaves more like five short visual novels than one lengthy one, and the collection of stories are appealing. The art in the game is particularly beautiful, with the boys being as stunningly handsome as I’ve seen in any of D3 Publisher’s work, and the environments and costuming all looking genuine and authentic. I also loved the occasional stills that you’d unlock as you play, each showing a genuine level of intimacy being built by the characters. The music is the typically forgettable background fare, but it’s not enough to detract from a really lovely effort to eke the most romantic emotion possible out of the presentation.

Related reading: An in-depth piece on who the real shinsengumi were

The biggest problem I had with The Amazing Shinsengumi was resolving just how different it was to Hakuoki. Knowing as I do the historical authenticity of the latter titles, The Amazing Shinsengumi characters share the same names, but they almost feel like impostors when I’m “listening” to them. The best comparison I can think of is the Samurai Warriors and Sengoku Basara series. Sengoku Basara has always felt greatly inferior to me, but not for any real reason, other than the simple reality that Basara’s approach to the characters doesn’t match with the historical authenticity that I’ve enjoyed in the Samurai Warriors series.

That mental barrier aside, however, The Amazing Shinsengumi really is an lovely little bit of storytelling. The localisation is clean (and as we’ve recently discovered, it is in fact possible that a developer and/or publisher would let that be messed up in a visual novel). It lacks the historical drive and authenticity of its immediate rival, but replaces it with a genuinely sweet bit of romance. There’s plenty of these otome visual novels on the Nintendo Switch now, and that’s a great thing. We might not have any of the real classics just yet, but The Amazing Shinsengumi is a perfectly good stand-in while we wait.