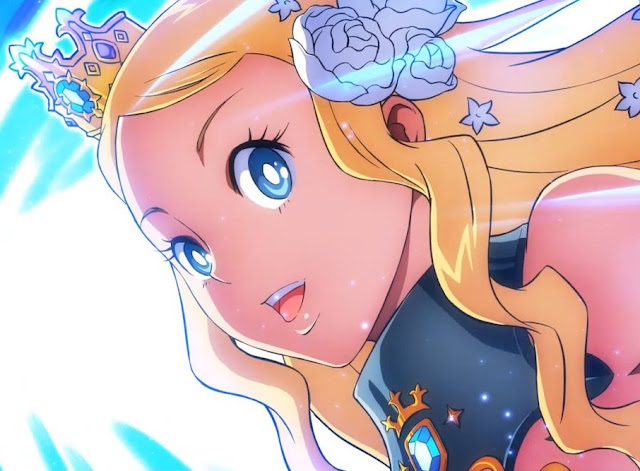 Character crossovers are a common trend in fighting games this year; you’ve got the BlazBlue/RWBY/Persona/Under Night mashup in BlazBlue Cross Tag, and there’s the upcoming all-girl, all-fanservice SNK Heroines. And, of course, we can’t forget about the looming Smash Bros. Fighting game developers clearly understand that the characters are a driving force behind the success of a title, and character mash-ups give them the opportunity to double down on that appeal. Blade Strangers is a genuine oddity among all of these though, with a roster that “eclectic” doesn’t begin to describe.

Binding of Isaac vs. Code of Princess? Cave story vs. Umihara Kawase? These are simply not match-ups that you would have ever anticipated making their way into fan fiction, let alone a commercial fighting game, and to the developer’s credit, it doesn’t even bother trying to give it a rational explanation. There’s a story mode in Blade Strangers, but it’s ridiculous to such an extreme that it can only be a joke. Or, at least, it wasn’t meant to be taken seriously. I’m not sure I laughed at it because it’s not exactly written well, though each character’s story is so brief that it also never became irritating.

What is important is that this is a fully-featured fighting game, and once you get over the genuinely strange roster, it’s really quite the good one. The clear goal of the development team was to strip all the ridiculous complexity that is found in most 2D fighters, and instead give players something that is instantly accessible that would allow players, regardless of skill, to pull off some impressive attacks, and Blade Strangers achieves that.

— High priest of the Church of Hatsune Miku (@DigitallyDownld) August 29, 2018

It’s possible to pull off impressive combos using just the four face buttons, and while there’s a super meter that builds up as you attack or take damage, executing a super attack is a single press of a button away. As a result, it’s possible to step into Blade Strangers and have a great time with your favourite characters almost instantly. Now, of course when a fighting game developer sets out to make something “accessible” the immediate response from much of the community is to dismiss it for being “too easy”, “casual” or a “button masher”, but after a couple of hours of play, it’s easy to see that Blade Strangers has definite strategies under its hood.

There’s a nice flow to attack and defence, for a start. Combos are smooth and the required timing for transitions between them generous enough, but it’s also rare that a combo will go on and on to the point where it frustrates the other player, and there are always solid windows for counter attacks after an attack has been blocked. Additionally, each character players differently enough, and mastering any one of them is the same process that you’ll go through with most fighting games. The only difference with Blade Strangers is that you can introduce this one to a friend who doesn’t play many fighting games, and you can both have a great time with it.

Whether this game develops enough of an online community to sustain itself over the long term is debatable. It probably won’t happen. If there’s one thing that rankles the fighting game community, it seems to be the word “accessiblity”. But at launch it’s easy enough to get a match online, and the netcode is solid. I’ve been able to play matches with people from all over the world without seeing the lag kick in in a meaningful manner. Because the fighters are pretty well balanced without any having a substantial advantage, the range of opponents seems to be pretty good at this stage too. Each of the characters has a good personality, and the animation is of a very high standard to emphasise their different fighting styles. Unfortunately, though, Blade Strangers is not an overly attractive game. Backgrounds are lacking in interesting features, and character models are missing details. Because the sprites are so big, though, those missing details do mean that many of the characters look flat still; it’s only through their animation and attack styles that they become distinctive for the characters they’re based on.

There’s plenty of humour in Blade Strangers, from the surreal ridiculouslness of having Isaac from Binding of Isaac in there at all, through to the frequent comments on Code of Princess’ Solange’s sense of fashion. Oddly, though, the fan service tends to be a little on the limited size; there’s no alternative costumes to unlock (just alternate colours), and no bits of art and the like to act as rewards for ongoing play. That’s a missed opportunity in a character mash-up fighter, since the very existence of these things is as fan service.

that lack of detail, which we’ve come to expect in other fighting games, is a reminder that Blade Strangers effectively came out of nowhere and is (potentially) the start of a new franchise for the developer and publisher. As a first effort out it’s genuinely impressive, offering a clean and enjoyable combat system that can also be used to introduce new players to the joy of modern 2D fighters. I firmly believe there’s a role for fighters like that in the market, and Blade Strangers is a very fine first effort indeed.

Shovel Knight gets a fighting game

The games of September, and Nekopara! (Digitally Uploaded 2018, Episode #31)