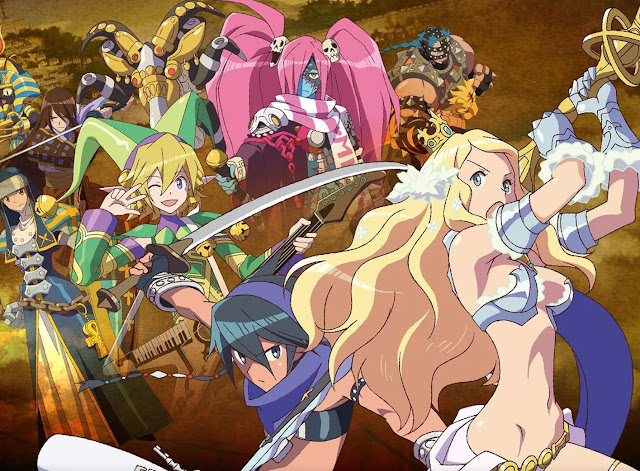 Code of Princess was one of the first downloadable titles released on the Nintendo 3DS, released right back in 2013. I wasn’t actually a big fan of it. It’s been quite some time since I played it, but while I don’t remember the specifics, I do remember that I found it to be quite the mind-numbing brawler. I can’t compare Code of Princess EX to that game, because it really had been so long ago I can’t remember what has been improved this time around. What I do know is that there have been improvements to the base game. Thankfully, they’ve been for the better, and I really enjoy this game now/

The most obvious improvement is the visuals. Code of Princess never pushed the 3DS, which is fine, but the low resolution and small screen size meant that the game simply couldn’t render the art as well as it deserved. On the Nintendo Switch, the high resolution of the Switch screen (or television, if you play it docked) has fixed that. Now you can enjoy the vision that the game’s art designers had intended. Code of Princess is quite the lovely looking game, with the characters exploring interesting and fun fantasy locations, fighting a vibrant range of enemies… and the heroes are an eclectic bunch themselves.

In HD there’s still a fuzziness to the art that stops it looking as clean as some other 2D action titles (think Shantae), but you do get a good sense of character and personality. There is the odd fanservicey character or moment (including the lead character, Solange, and her impossibly skimpy costume), and that side of Code of Princess suddenly makes sense in HD, since there’s more than a few pixels defining those costumes. Code of Princess is a little cynical in the way it sells the fanservice by making the lead character the most extreme example of it (by far), when most of the other characters aren’t really that fanservicey at all. As a result, what you see on the box isn’t necessarily what you’re going to get from the game, but overall, the developers approached this stuff with a good sense of self-aware fun, and this version of the game is the ultimate realisation of their vision. 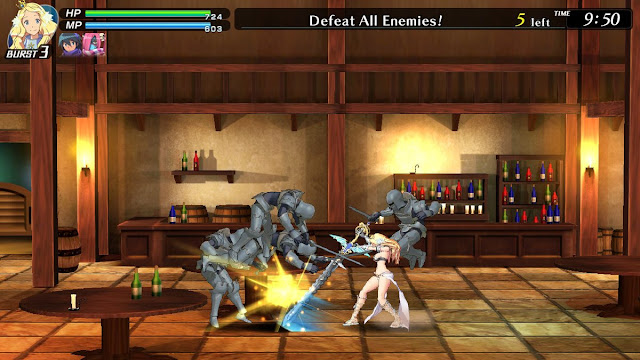 Code of Princess’ action is quite stylish, falling somewhere between JRPG, fighting game, and brawler. Each character has a distinctly different set of attacks, and those attacks can be strung together into combos and boosted with specials, which is where the “fighting game” comes in. It’s not as complex as, say, Street Fighter, but stringing attacks together and learning each individual character’s strengths and weaknesses is an enjoyable process.

Enemies come from all directions, across three different “planes” of movement, which your character can leap between at will, and that’s where the brawler side of Code of Princess shines through. It can be frustrating to get stuck between enemies on either side, as the combat system is limited in the tools that it gives you to deal with attacks coming from multiple directions, but by leaping between different planes and making good use of your abilities to knock one group of enemies back, giving you a second or two to focus on the other group, you’ll be able to overcome most challenges without getting too frustrated.

This is especially true if you drag a friend along for the ride, and Code of Princess is one of the best co-op multiplayer experiences going. Because each character has such a distinctly different combat style, there’s such a delight in paring up skills with an ally and watching the fireworks. The difficulty balance is a bit off when you’re playing with someone else, though there’s always bonus levels and challenges that you can use to up the difficulty if you want. 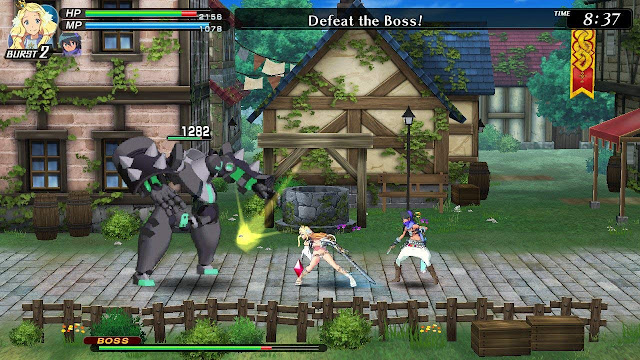 Indeed, it’s through the multiplayer – which is a new feature for Code of Princess EX – that the game feels like it really hits its stride as the natural evolution of the fantasy brawlers of old, such as Golden Axe. There’s greater continuity in playing through the game, because characters earn experience levels and unlock loot that allows for some basic statistics customisation, but once the action starts it’s very much the same experience of slowly mowing down hordes on the way to a particularly challenging boss battle. I remember getting friends and family together to play the likes of Golden Axe, Teenage Mutant Ninja Turtles, The Simpsons, and Dungeons & Dragons in the arcade growing up. Most people of my generation did. Code of Princess EX does keep that tradition alive.

There are a lot of levels to play though in Code of Princess, though each is only a couple of minutes in length. Each is also bookended with story sequences, though unfortunately there’s not nearly enough done with the narrative. It generally guns for humour, but has that very distinctive anime sense of silliness to it, without driving at anything with greater substance underneath. It’s enjoyable, but limited, and does a better job of drawing characters than it does in giving them much to do.

It would be nice to see the world of Code of Princess explored in greater depth in the context of a more narrative-driven experience. There’s enough material there for a “proper” JRPG, and the characters are certainly an appealing, amusing bunch. The humour tries a little too hard at points, but generally speaking, there’s a genuinely great spirit to the game, and with the addition of multiplayer, you’d be hard pressed to find a more enjoyable brawler on the Nintendo Switch.

It’s a The World Ends With You media blow out!